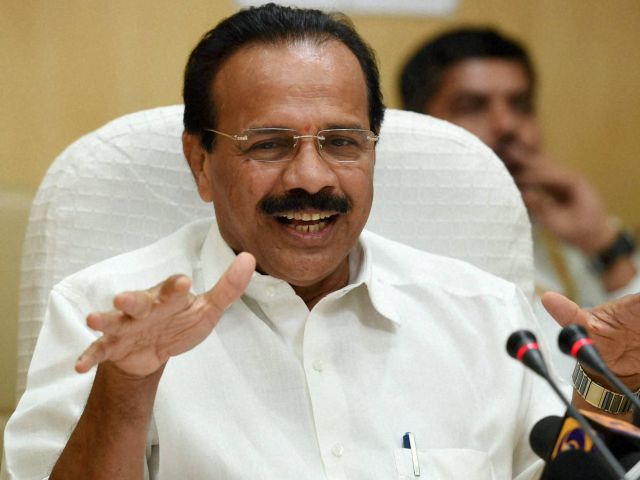 Bengaluru: Senior BJP leaders have not lost a chance since polls closed, to claim that the party would win 22 of the 28 Lok Sabha seats. But now an internal survey and feedback from booth committees indicate that the party would, in all likelihood only retain the 16 seats it already has. And buried in the numbers is the fact that it could also suffer the possible embarrassment of losing Bangalore (North) and Mysuru constituencies, where its stalwarts Sadananda Gowda and Pratap Sinha have been fielded, with the losses stemming from anti-incumbency and lack of cooperation on the part of local leaders. The loss in Bangalore (North) would be a particularly major embarrassment for the party as Union minister and former chief minister D V Sadananda Gowda represents this seat.

The good news for BJP and its leaders however is that the party is expected to retain its stranglehold over north and coastal Karnataka and could well snap up Chikkaballapur in Old Mysore region as well, which is held by former Union minister M Veerappa Moily.

Explaining why the party would not be able to expect victories in more than 16 seats, a senior BJP leader told Deccan Chronicle:

“We have only assessed the impact of Modi wave in all Lok Sabha constituencies, but we now believe that we may have failed to gauge the anti-incumbency factor against our MPs.” In fact, in 2014 Lok Sabha polls, the party won in 17 constituencies, only to lose Ballari in a bypoll last year.

The leader also explained that strong candidates fielded by Congress as well as the Congress’ seat-sharing pact with JD (S) could result in the defeat of its candidates in Bangalore (North) and Bidar, besides preventing it from making inroads in Old Mysore region. The BJP, however, could take pride in the fact that its candidates stopped the Congress from causing upsets in north, central and coastal Karnataka, the leader added.

The survey and feedback from booth committees contradicts claims of a sweep by state unit president B S Yeddyurappa and other senior leaders who ascribed an apparent record performance to a strong wave in favour of Prime Minister Narendra Modi.