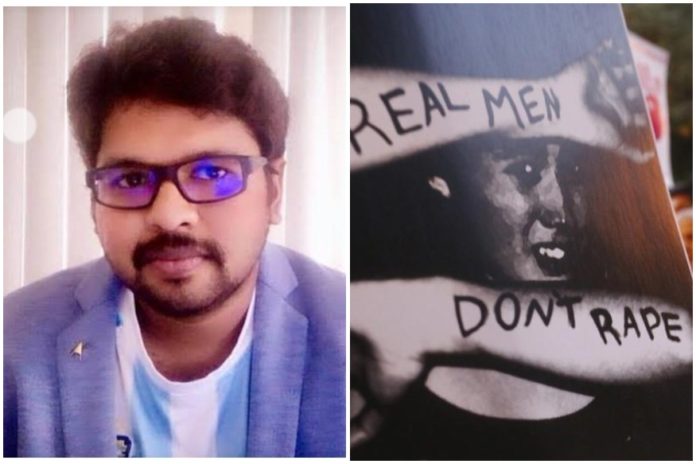 New Delhi: Amid nationwide anger and grief over the Telangana veterinarian’s rape and murder last week, a man who calls himself a filmmaker has enraged social media with an outrageous post featuring comments like women should “carry condoms and cooperate in rape”. Daniel Shravan, who was lacerated on social media platforms for his misogynistic comments, deleted his profiles after uproar over the remark. 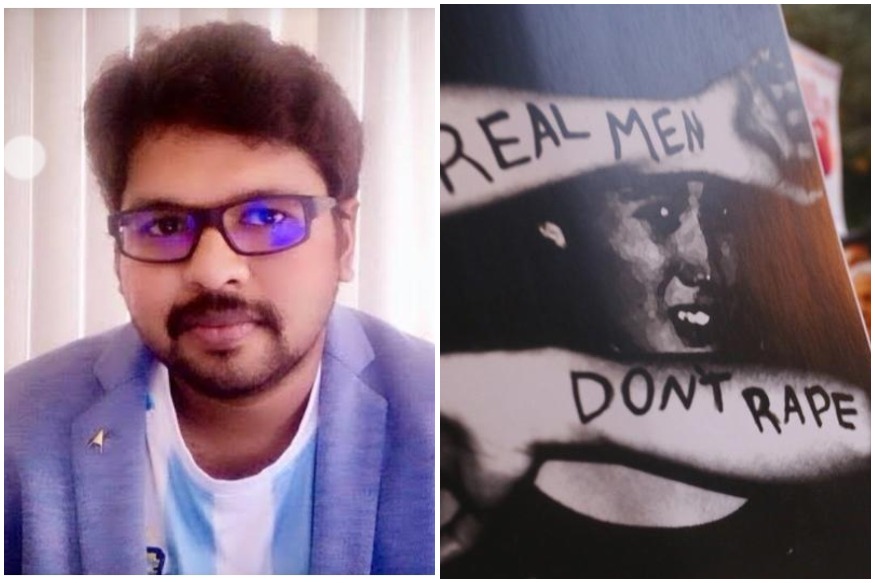 If he had hoped for publicity, he certainly did get it, and not in a good way.

Daniel Shravan’s now-deleted Facebook post is titled “Rape Is Not Serious Thing But Murder Is Inexcusable”. Among other things, it says “rape without violence” should be allowed.

“If court, government and law give an excuse for rape. Rapists wouldn’t get thoughts of Murder after (sic) rape,” he says.

“Murder is a sin and a crime. Rape is a corrective punishment. …Instead of dialing 100 (police emergency number) carry condoms with U… Women safety is only possible through condoms not through Nirbhaya Act,” he goes on.

Ideas going around.
Some of this content is in Telugu. Basically the ideas these men have given is – cooperate and offer condoms to prevent murder after rape, women’s organizations are the reason for rape.
Rape is not heinous, murder is. pic.twitter.com/2eqhrQA02T

Actor Chinmayi Sripaada shared a screenshot of his outrageous post.

“Ideas going around. Some of this content is in Telugu. Basically the ideas these men have given is – cooperate and offer condoms to prevent murder after rape, women’s organizations are the reason for rape. Rape is not heinous, murder is,” she tweeted.

Amidst the gruesome rape & murder cases being reported in d country

Hypocricy at its best

Mr Daniel Shravan,
U need to see a PSYCHIATRIST

Many Twitter users joined the actor in slamming the remarks.

“What is “Rapes Without Violence?” And this guy is not some anonymous profile. He is a movie Maker goddamn it,” another Twitter user wrote.

What is "Rapes Without Violence?" .
And this guy is not some anonymous profile.
He is a movie Maker goddamn it.#danielshravan pic.twitter.com/RefqsdI5I9

The veterinarian last week had gone missing from near a toll gate, minutes after calling and telling her sister that her scooter had developed a puncture. Later, her badly-burnt body was found kilometers from the toll gate.

According to the police, four men who worked as truck drivers and assistants, approached her and pretended to help. They then allegedly ambushed her and took turns to rape her at a hidden spot. They allegedly strangled her before burning the body.

The crime has triggered a nation-wide uproar. Many parliamentarians have called for medieval punishment for the culprits.