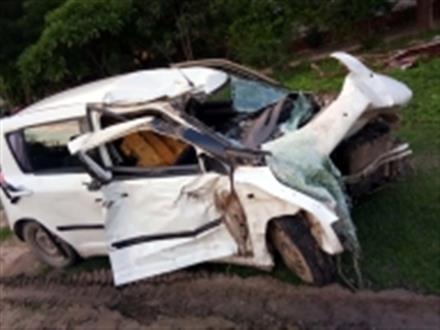 New Delhi:  The Supreme Court on Monday granted two weeks more to the Central Bureau of Investigation (CBI) to conclude its probe in the Unnao rape survivor accident case.

The CBI had sought four weeks more time saying that the survivor’s lawyer Mahendra Singh, who also suffered critical injuries in the Rae Bareli accident last month, was not in a position to give a statement.

The top court also directed the Uttar Pradesh government to pay Rs 5 lakh to the lawyer — as interim compensation for his medical expanses.

The court adjourned the matter for further hearing in September.

The court had taken suo moto cognizance of a letter written by the family of the victim alleging threats from men close to expelled BJP MLA Kuldeep Singh Sengar, the main accused in the case.

The rape survivor, who was brought to the All India Institute of Medical Sciences (AIIMS) here last week, is in critical condition and on advanced life support system.

Her lawyer too is critical, unconscious and on advanced life support system.

Both the patients were undergoing treatment under a multidisciplinary team of doctors from the Critical Care, Orthopaedics, Trauma Surgery and Pulmonary Medicine departments.

On July 28, the car in which the rape survivor, her lawyer and two of her aunts were travelling was hit by a speeding truck in Rae Bareli.

The accident killed two women, both aunts of the victim.