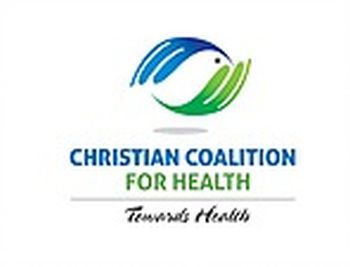 The Christian Coalition for Health in a letter to Prime Minister Narendra Modi, extended their support to him and the Nation, at this time of grave threat to the health and wellbeing of the entire population of India. The Christian Coalition for Health which is the largest health care system in the country after the Government expressed their willingness to collaborate with the efforts of the Government.

Fr Dr Mathew Abraham, C.Ss.R, the President of Christian Coalition for Health, and the Director-General of the Catholic Health Association of India, expressed the solidarity of the coalition with the Prime Minister and the Nation, as they face the challenge of Covid 19. In his letter written on the 26th of March, he stated that the coalition would work in the best way possible for the health and wellbeing of the people of this Nation, to fight this pandemic.

The Christian Coalition for Health has over 1000 hospitals and over 60,000 inpatient beds across the country. Over the years, they have been providing quality care that is accessible, affordable, rational and compassionate, healthcare to all, especially people at the margins of the society.

The letter which was also signed by Dr Priya John, General Secretary Christian Medical Association of India and Dr Sunil Gokavi, Executive Director Emmanuel Hospital Association, informed the Prime Minister of the preparations that were done by the Member hospitals to face the challenges posed by Covid19. Over the past weeks, the member organisations have been holding coordinating meetings and webinars to help the hospitals for disaster preparedness for any eventuality of the spread of Covid19 to the areas where the hospitals are situated. The letter further stated that the hospitals are already working with local government healthcare officials in this effort against this pandemic. Member Hospitals that are situated in remote areas are preparing handmade masks out of cloth and PPE made out of large plastic bags as protective gear for their healthcare workers.

Christian Coalition for Health (CCH) is a coalition of Christian Healthcare networks of all different denomination of Christians in India. They are the Catholic Health Association of India (CHAI), the Christian Medical Association of India (CMAI), Emmanuel Health Association (EHA) and the Christian Medical Colleges (CMC) of Vellore and Ludhiana. Focusing on rural areas, Christian healthcare institutions have been at the forefront of fighting various diseases like TB, leprosy, HIV. Christian healthcare institutions have been working on people with disabilities in a significant way. Over one thousand Sister Doctors and about 50,000 Catholic Nuns render their selfless services in the health field in India.

Calling for collaborative action, the latter proposed to have two persons to further coordination with the Government. Ms Anuvinda Varkey, the Executive Director of CCH and Fr. George Kannanthanam, the National Secretary of CHAI, will be our point persons for this initiative.