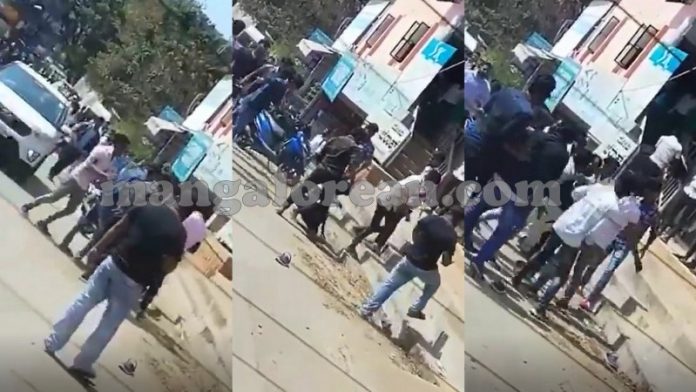 Kundapur: Two college students were injured after clashes erupted between two groups at the Bhandarkars College, Kundapur on Monday, January 28.

According to police sources, two groups led by Ganesh who is studying in final year B.Sc and Akshay clashed over an old issue.

From many years Ganesh, Mithun and Akshaya were not in good terms. It is recalled that in the past Akashay and Mithun were assaulted by Ganesh. Once again on Monday Ganesh had planned to attack them with the help of his friends.

Mithun and Akshay both have been severely injured in the assault and admitted to the government hospital in Kundapur.

A case has been registered in the Kundapur Police Station and search is on for Ganesh and the others accused.

It looks like they all have political connections. Police should not care and should take appropriate action without any delay and that should provide a signal that irrespective of the political hue they belong to they will be punished.