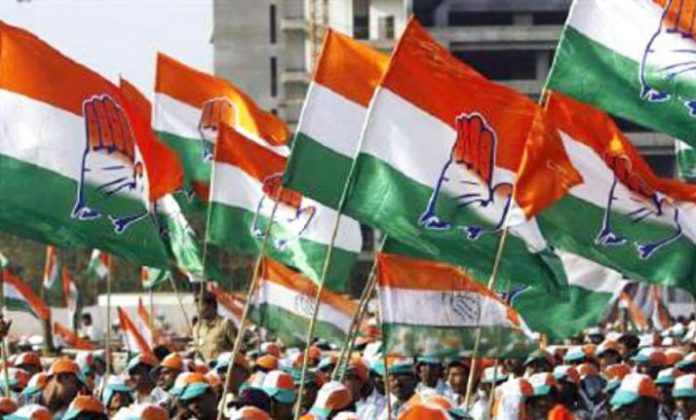 New Delhi:  The Congress on Tuesday urged the Prime Minister Narendra Modi to convene a meeting of opposition party leaders and tell them about the government’s roadmap to contain inflation which is an all time high after the UPA left the power in 2014.

Mounting attack at the Centre, Congress Chief spokesperson Randeep Surjewala said, “Prime Minister should tell the country what is the roadmap to contain the inflation in one month.”

The Prime Minister is only indulging in divisive talks and is not addressing the core issues faced by the country, said Surjewala.

As per the data, on a year-on-year (YoY) basis, the retail inflation soared to a five and half year high at 7.35 per cent on Monday with sharp increase in vegetable prices.

The opposition on Monday passed a resolution where political Parties expressed grave concern at the alarming deterioration in the livelihood status of the vast majority of people due to the complete mismanagement of the Indian economy by the government.

“The economic crisis has pushed the economy to the verge of a recession with a record fall in the country’s GDP, unemployment levels highest in the last half a century, agrarian distress deepening with rising farmers’ suicides, massive closures and lay off in industrial units accompanied by rising prices of petroleum products, cooking gas, vegetables and all essential commodities, is making people’s lives more miserable. Modi government has created an economic disaster.” said the resolution.

“Instead of addressing these issues and providing relief to the people, soon after assuming office, the BJP has embarked on a dangerous course of sharpening communal polarization and attacking democratic rights and Constitutional guarantees of the people affecting millions of people and marginalized communities,” the opposition alleged in the resolution.