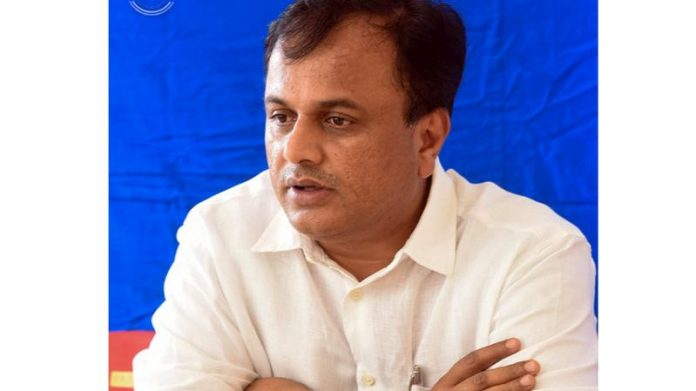 Addressing the mediapersons Santhosh said, “My father Janardhan Poojary is unable to campaign actively for Mithun Rai and on behalf of him I am campaigning from the past one week. Mithun Rai is well educated and is aware of the problems people face in Dakshina Kannada. If he wins the LS polls he can represent us in the parliament. I request Janardhan Poojary’s well-wishers and the public to support Congress candidate Mithun Rai”.

Santhosh further said, “My father has been very active in politics for many years but I have not yet decided to involve myself in politics. If necessary I will think over the possibility of entering politics. In the Lok Sabha elections, we need an able candidate who can understand the needs of Dakshina Kannada and raise his voice in the parliament, we need someone who can be the voice of the youth and the voiceless in the parliament and Mithun is the right candidate. I request everyone to support Mithun as our leader and elect him in the LS polls.”

Santhosh also said, “From the past 28 years we have not seen any development in the district. From the last 5 years instead of development, we see unemployment rising, the central government’s policies have shaken the economy of the country. Small industries have closed down, many other companies are in financial crisis. We should thank the Congress party for giving importance to the development of the district and also for social justice.”

“When Nalin came to Kudroli Temple to offer prayers and seek blessings, my father Janardhan Poojary had blessed him and said that Modi would become the Prime Minister. But during the Congress Convention, my father expressed his emotions and openly supported the Congress candidate. My father also said that we need an able leader who can raise his voice in the Parliament and Mithun Rai has the capacity to raise his voice. Later he blessed Mithun Rai to win the LS polls”, clarified Santhosh.