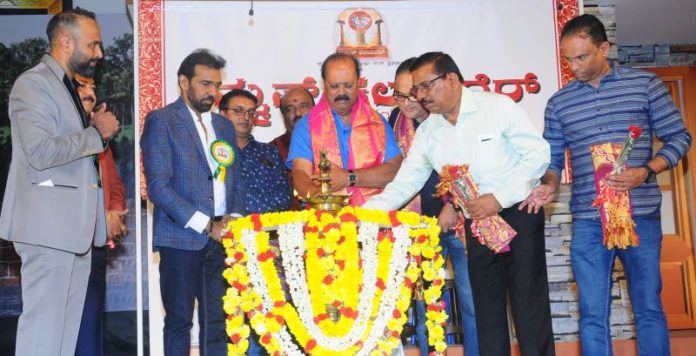 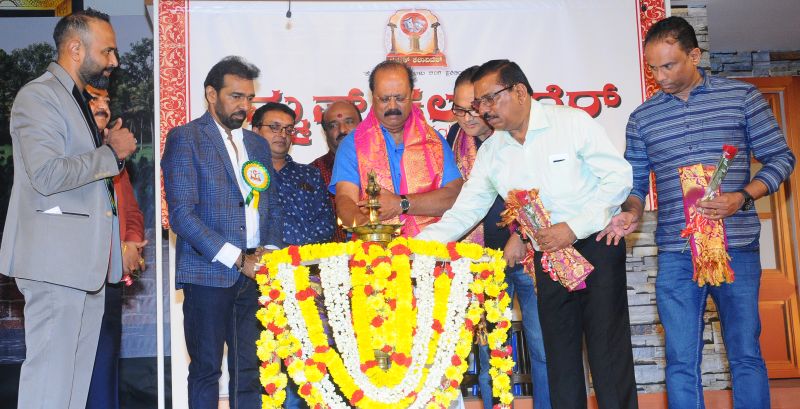 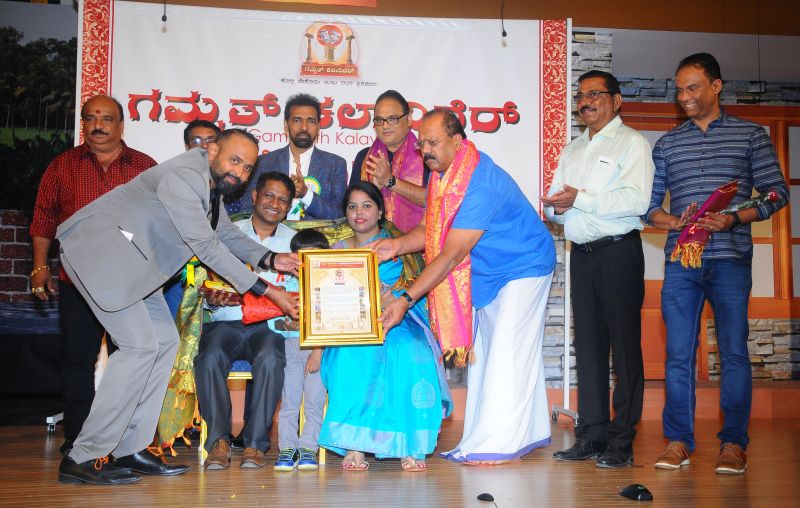 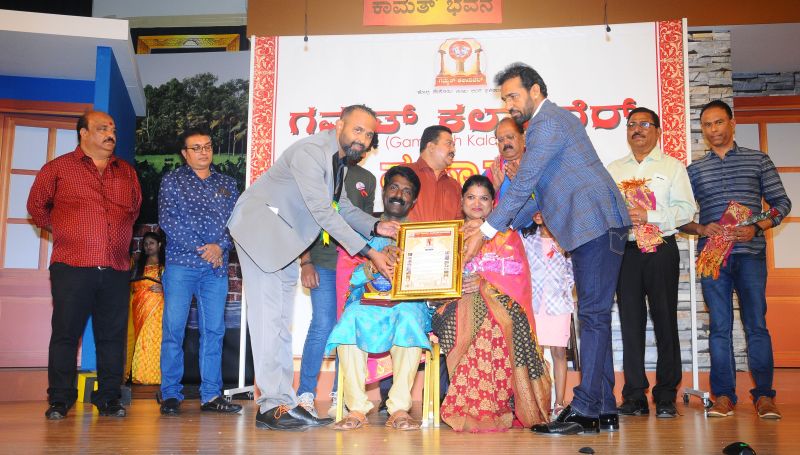 Team Gammath Kalavider once again proved themselves and showed the Tulu stage play lovers that an amateur group of artistes can perform stage play equally to any professional troupe.

In the houseful Credence High School auditorium, the stage play ‘Dada Malpere Aapundu’ began traditionally with the lighting of the lamp by dignitaries, representatives of Gammath Kalavider and sponsors. At the same time Sunil Suvarna and Deepak SP with their families were felicitated by Gammath Kalavider for their remarkable contributions and active involvement in stage play, culture and community programmes in UAE. 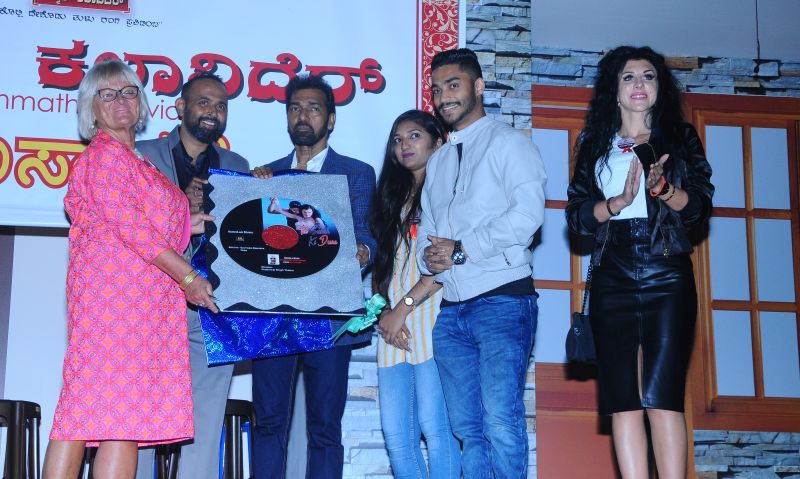 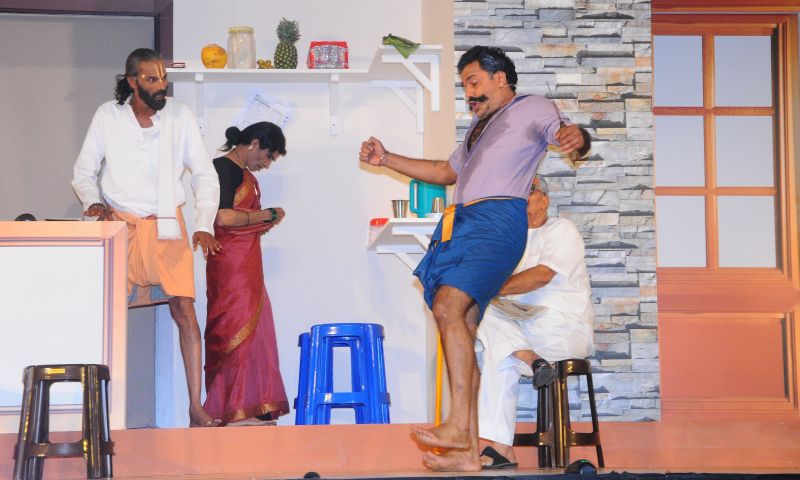 All the guests, sponsors and all the media representatives were honoured for their extended support. 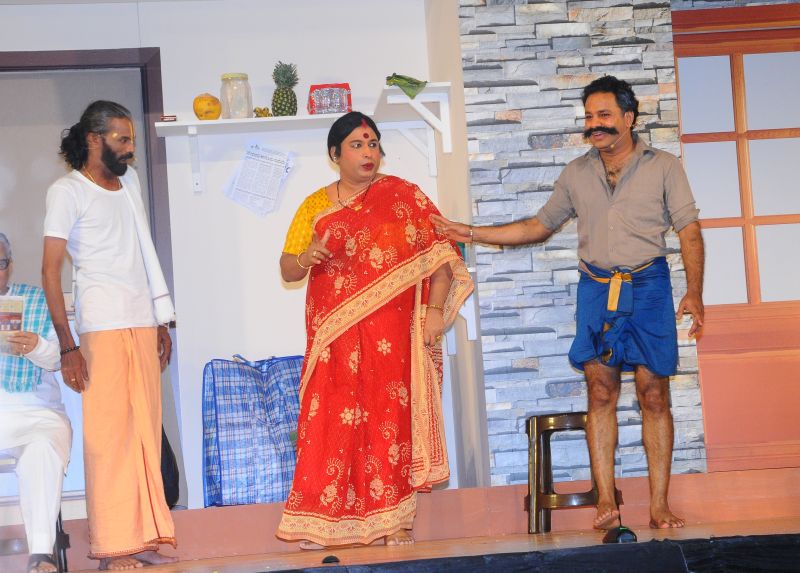 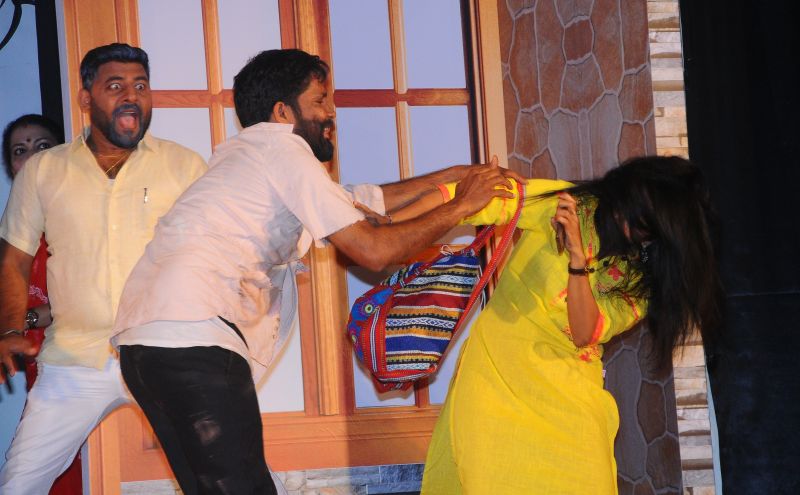 Kishore Gatty and team, one of the well- known make-up artists supported all the stage artists in make –up. Team Broadway setup the lighting and sound system. 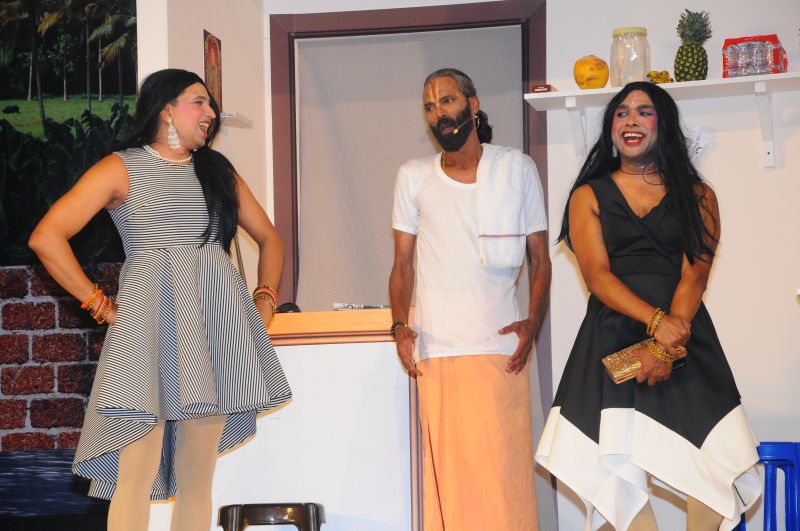 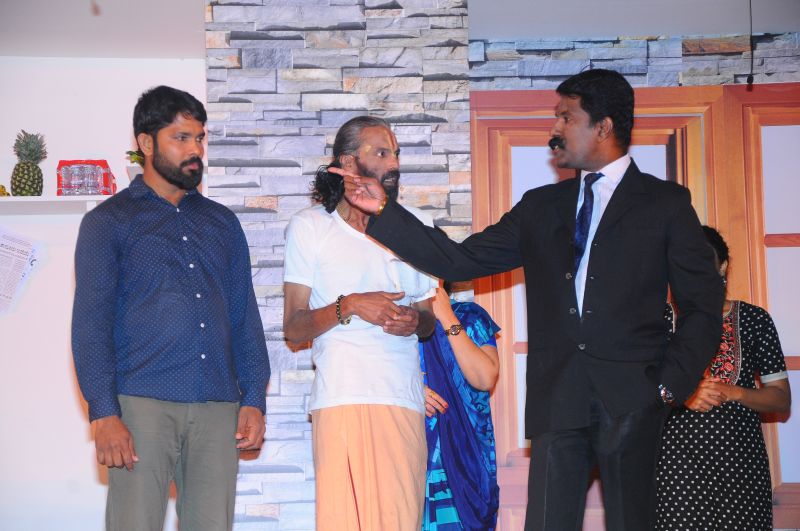 Comedy and family oriented drama was enjoyed by jam-packed audience and all the artists were appreciated widely by the audience for their matured acting skills and efforts. Innovative stage decoration by Dubai Source was appreciated by audience.

Rajesh Kutthar compered the programme very systematically and made the event a grand success.

Kiran Shetty President and Harish Bangera, the patron of ‘Gammath Kalavider’ UAE, committee members and all the members of Gammath Kalavider UAE extended their sincere thanks to all the valued sponsors, Tulu drama lovers, media partners, volunteers, valued audience and each one who has directly or indirectly supported for the grand success of ‘Dada Malpere Aapundu’.