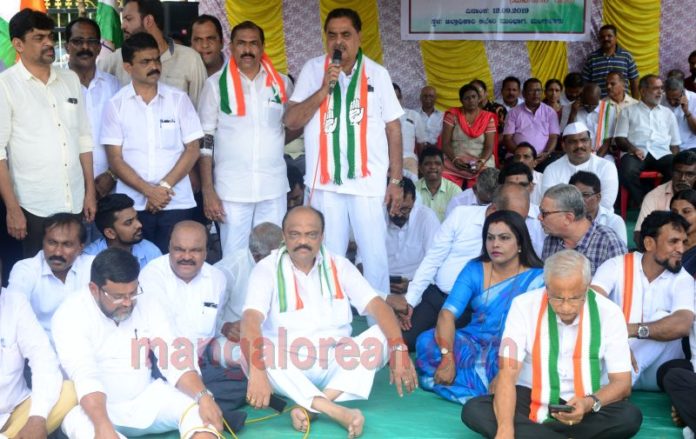 Mangaluru: The District Congress staged a protest against the NDA and state government for not providing compensation to the recent flood victims in front of the DC office here on September 12. 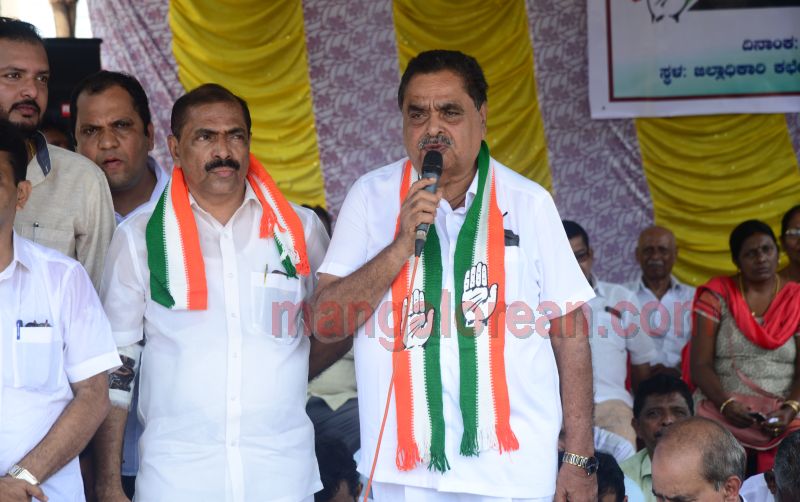 The protesters shouted slogans against the NDA government at the centre and the BJP government in the state for neglecting the people who lost their land and houses. 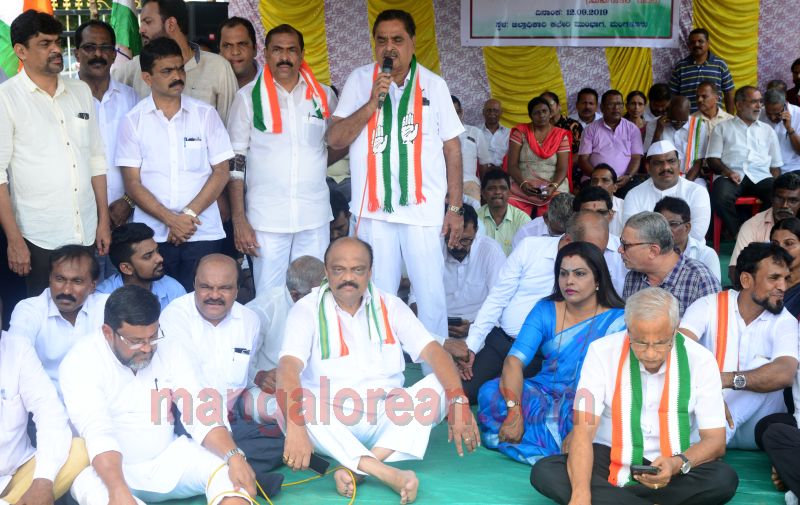 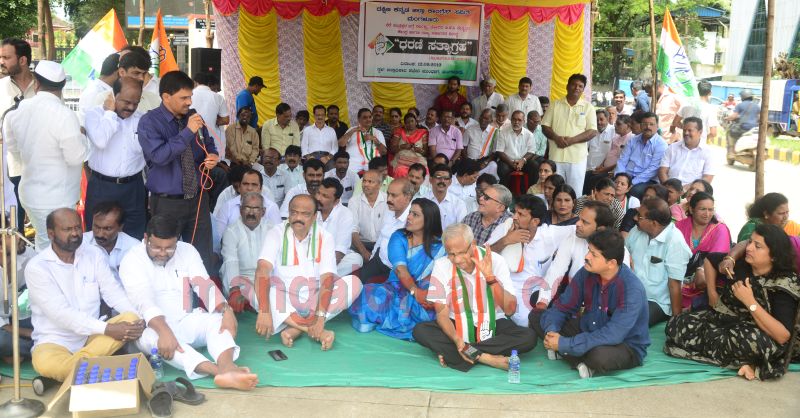 Addressing the protesters Former minister Ramanath Rai said, “Due to incessant rains resulting in floods and landslides many people lost their land and houses. The government should have provided compensation to the victims. The earlier governments had provided compensation to the victims during such a situation, even when the coalition government was in power, the victims were compensated. Last year during the rains in Madikeri there was a landslide and the coalition government announced a special package to the victims. Today our Prime minister came to Bengaluru from where he would proceed Haryana to attend an election campaign. The CM was saying that he will meet the PM in Bengaluru and hand over a memorandum to sanction compensation for the flood victims in Karnataka.” 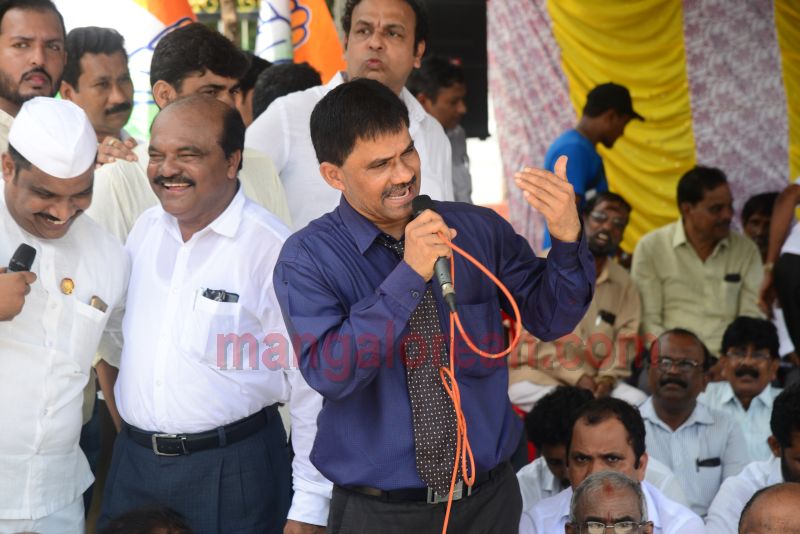 Ramanath Rai further said, “We know that the PM arrived in Bengaluru and proceeded to Haryana. But we are not aware whether CM Yeddyurappa has handed over the memorandum to him. BJP is concentrating only on winning the elections by using the people as vote bank, they are not bothered about the welfare of the people. Earlier during the floods when UPA government was in power in the centre and the state was ruled by the BJP, PM Manmohan Singh did an ariel survey and provided immediate compensation to the victims. But the present PM did not visit any flood-affected areas. Some BJP leaders say that it is not necessary for the PM to visit the flood-affected areas, the survey team will do the survey. In Dakshina Kannada, our elected members are not able to get the survey team to do the survey of the flood-affected areas in DK. Even Eshwarappa is now insulting the poor victims who have lost everything.

Ramanath Rai also said, “The PM and the CM are not bothered to solve the problems of the people. When CM came to Mangaluru, why he did not visit Pacchanady, Bantwal or Beltangady? He should have visited Beltangady but he did not. Both the CM and PM are limited only to speeches and publicity. KPCC has formed a committee to survey the flood-affected areas and submit the report. We the local leaders have already visited the flood-affected areas and submitted our report. Our DC was working day and night to help the flood-affected victims. He was an upright IAS officer and worked with integrity but all of a sudden he has resigned from his post. While resigning he criticized the government. I thought that the CM or the BJP leaders would convince the DC to withdraw his resignation, instead, they are now calling him anti-national. The Karkala MLA is telling the former DC to go to Pakistan. Those who raise their voice against the BJP are being tagged as anti-nationals. We have the deaf, dumb and blind leaders ruling our state and country, we need to open their eyes and make them speak and hear our voice so that the victims will get compensation”.

DCC Stages protest against NDA and State Govt for not Compensating Flood Victimshttps://www.mangalorean.com/dcc-stages-protest-against-nda-and-state-govt-for-not-compensating-flood-victims/

DCC Stages protest against NDA and State Govt for not Compensating Flood Victimshttps://www.mangalorean.com/dcc-stages-protest-against-nda-and-state-govt-for-not-compensating-flood-victims/