Udupi: Sea erosion has intensified in Udupi district following heavy wind since two days. Huge waves have washed away a large chunk of land in Kuthpadi, Padukere, Malpe and Kankoda of Udupi taluk. People living along the coastal areas of the district are in fear. The sea has turned rough and the threat of sea erosion looms large. 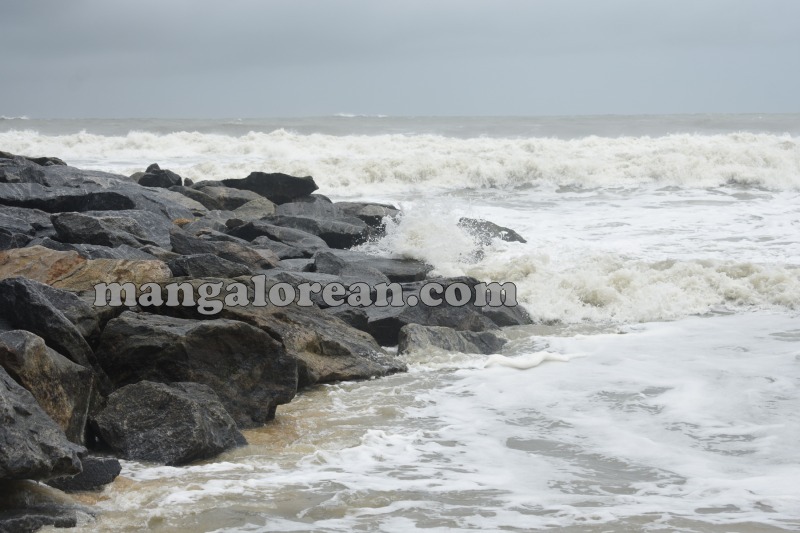 The rough sea condition has occurred due to the depression in the Arabian Sea from Monday, June 10 evening.

Huge waves were seen lashing Padukere and Kanokda area of Udyavar. Many houses face a threat of being washed away by the huge waves. Residents also fear of the possibility of waves washing away roads at Padukere, Udyavar and other places. 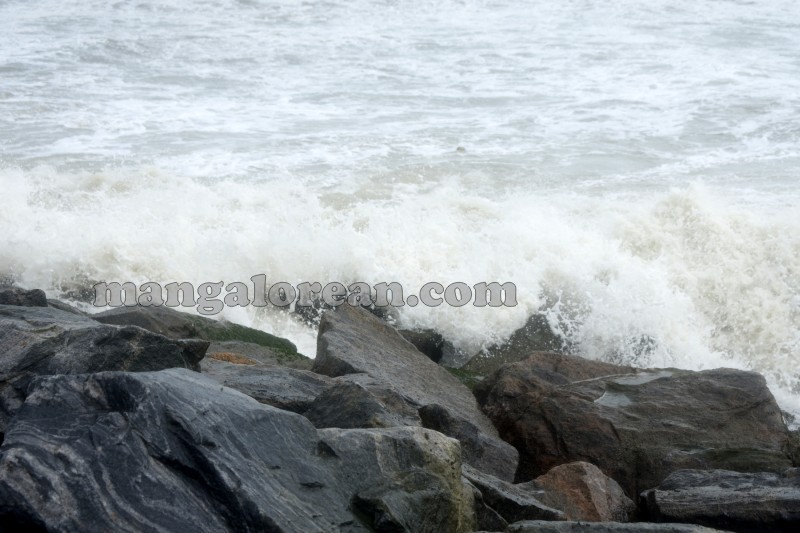