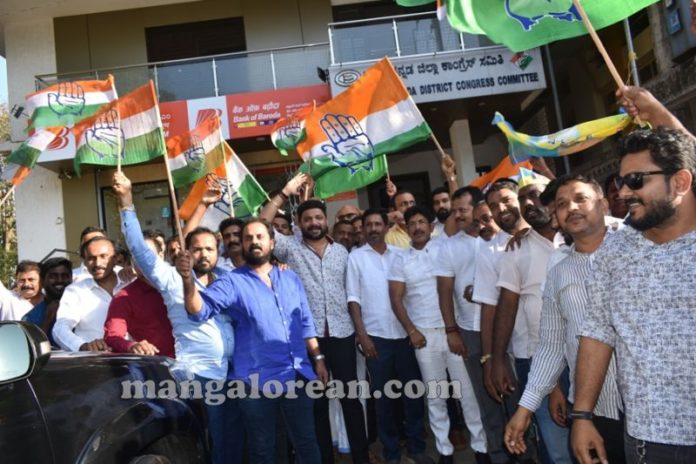 Mangaluru: It was indeed a joyous occasion for the members of Dakshina Kannada Congress Members to celebrate the good news of Senior Congress Leader D K Shivakumar being appointed as the new Chief of Karnataka Unit of Congress Party. Bursting crackers and distributing ladoos, the congress members under the leadership of Youth Congress President Mithun Rai cheered and raised joyous slogans congratulating DKS. 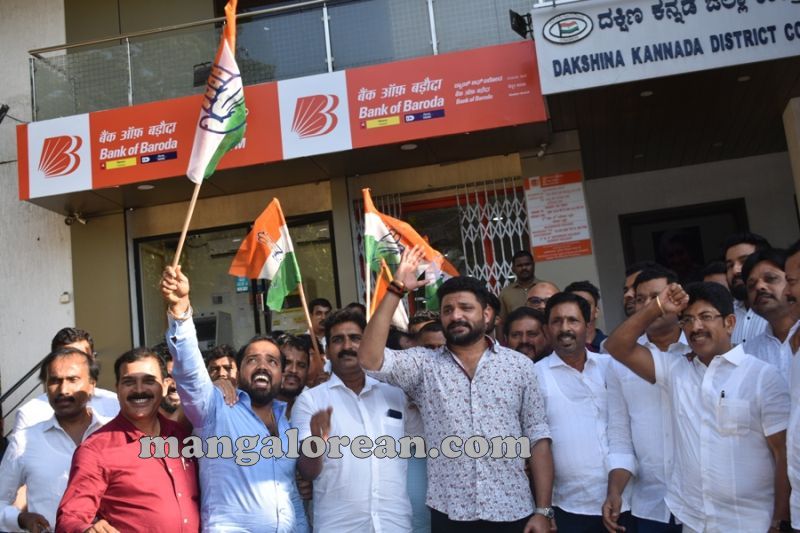 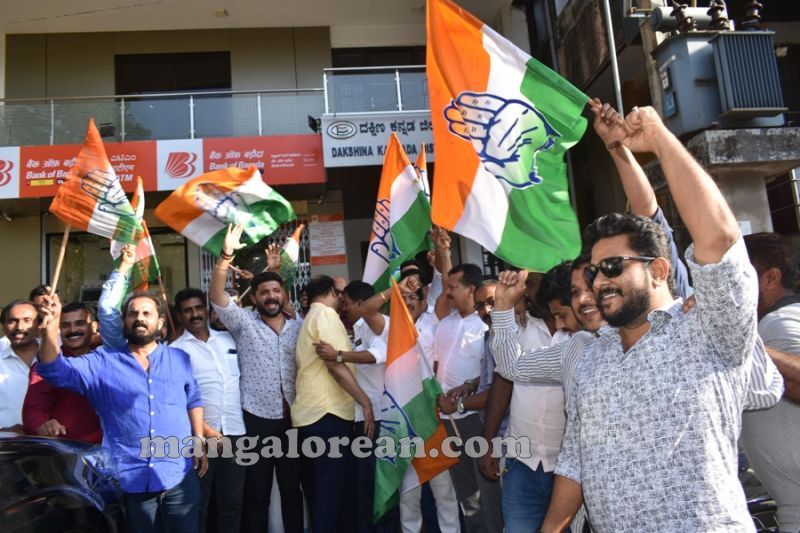 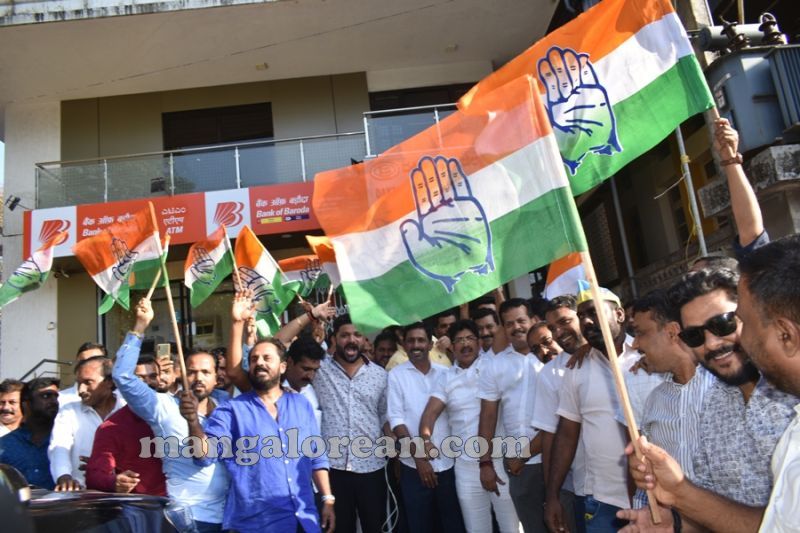 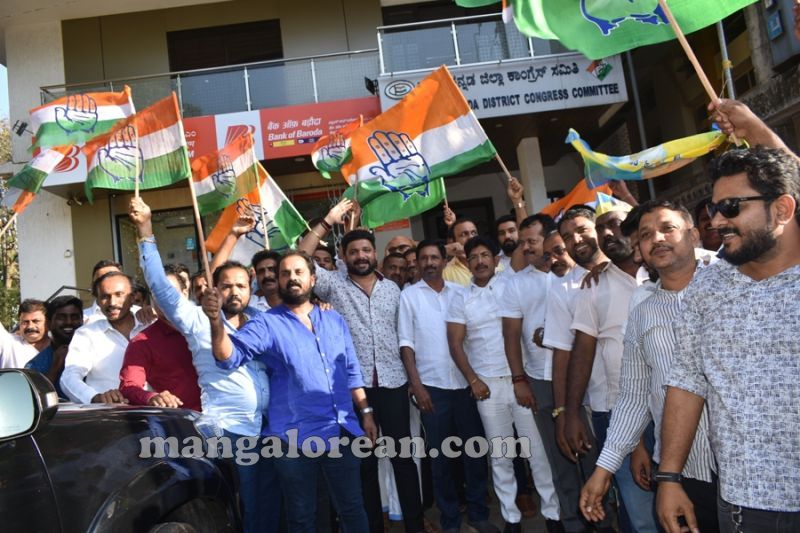 “Former chief minister of Karnataka Siddaramaiah will, meanwhile, continue as the Leader of Opposition in the Karnataka Assembly and leader of the Congress Legislature Party. Now under the leadership of our new chief of the state congress party, we are confident that Congress will rise again and will be at the helm of the government in the next election. We will also win the panchayat elections soon. We are all ready to join and support DKS to reach congress in the state to greater heights and gain control of the government in the next election” added Mithun Rai. 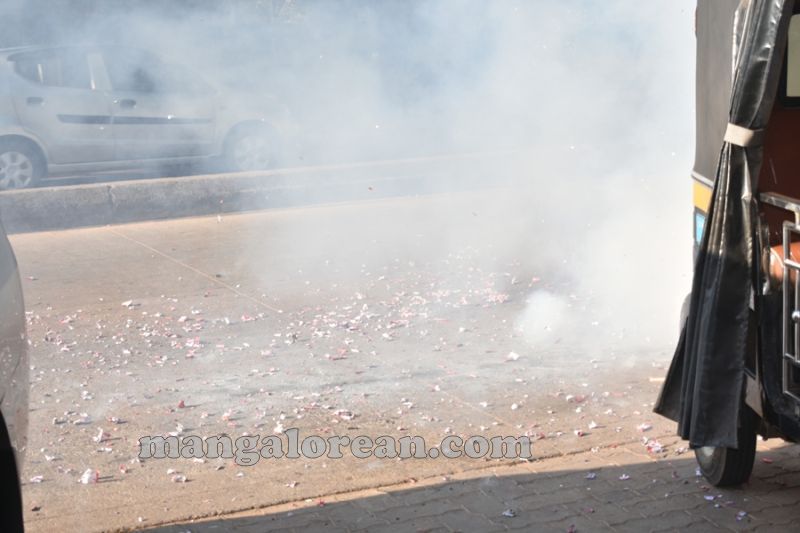 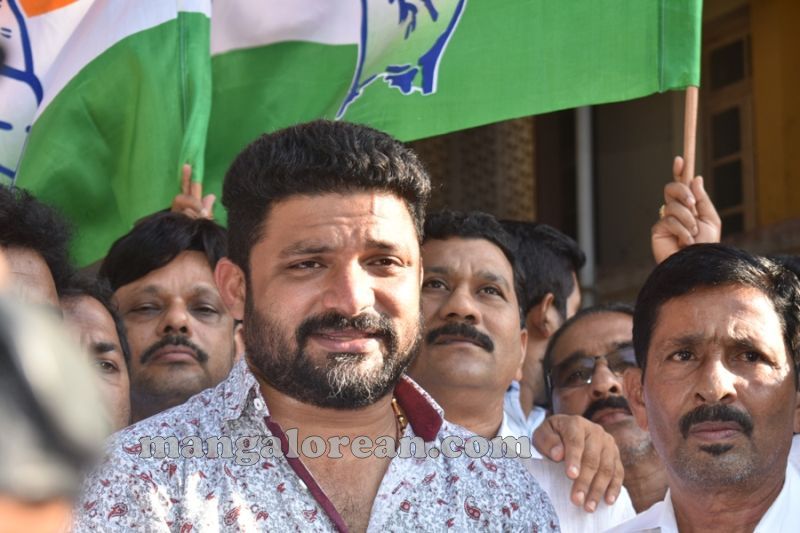 It should be noted that after resigning from the post of CLP leader and taking responsibility for the loss in the by-poll, Senior Karnataka Congress leader Dinesh Gundu Rao had tendered resignation from the KPCC president post. Batting in favour of former minister MB Patil, who belongs to the Lingayath community, former Karnataka Chief Minister Siddaramaiah had last month apprised the Congress top brass including Sonia Gandhi, senior leader AK Antony and Ahmed Patel about the need of a ‘Lingayath’ state chief to tackle BJP in north Karnataka. 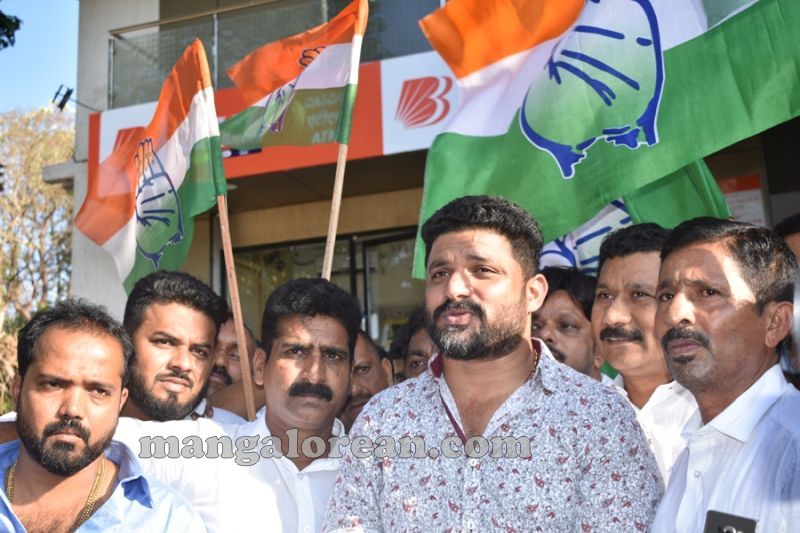 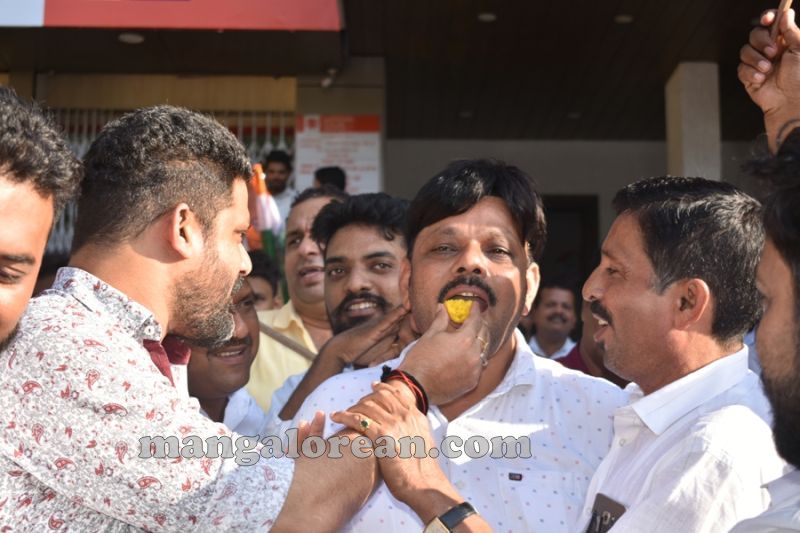 Siddaramaiah had even met Congress interim president Sonia Gandhi at her residence in New Delhi on Tuesday. “We need a Lingayath president in Karnataka to lead the party and to tackle BJP in north Karnataka,” Siddaramaiah had said. But Siddaramaiah’s efforts were all in vain. Since DKS is by far one of the most powerful leaders of the Congress in Karnataka and has earned a reputation for often being the party’s troubleshooter. He is also the party’s most popular Vokkaliga leader in Karnataka. Hence, the Party High Command picked DKS as the new Congress State Chief. 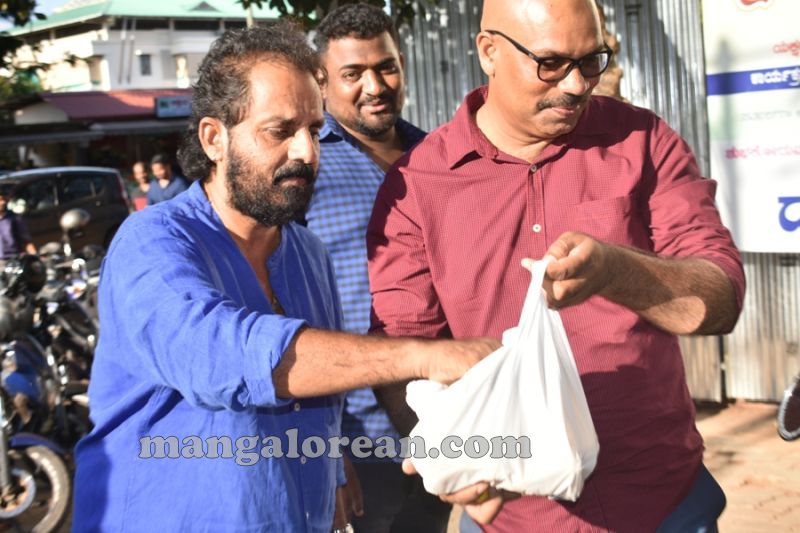 Only in India do we celebrate a ****** who is just out on bail getting a prominent party post.