Bengaluru: As the BS Yediyurappa government in Karnataka completed one month in office on Monday, Congress legislature party leader Siddaramaiah claimed it may last one year at the most. 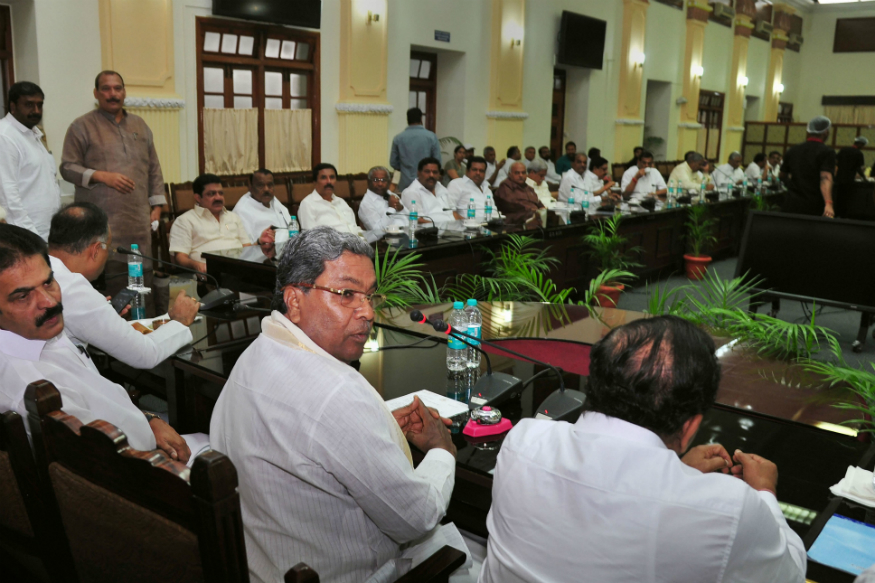 Predicting mid-term election to the assembly, the former chief minister urged Congress workers to start preparing for it and strengthen the party.

“I have said, strengthen the party. The election may come any time because no one has the belief that Yediyurappa government will continue for long,” Siddaramaiah said.

Speaking to reporters in Hubballi, he said, “…if they form the government along with rebels (17 disqualified former Congress-JD(S) legislators) can it last long? How long can they survive with those from Congress and JD(S)? I don’t think If they remain for one year, it is a big thing.”

He also said according to his assessment, it would be “big thing” if they survived for one year, asking how long the ruling BJP will continue in power with 105 MLAs.

“They did not have the mandate of the people, they indulged in horse-trading to come to power, people will teach them a lesson,” he added.

Following the collapse of the Congress-JD(S) coalition government 14 months after it came into being, Yediyurappa was sworn in as Chief Minister on July 26 and proved his majority in the assembly three days later.

More than three weeks after taking over the reins, the BJP strongman in the state had expanded his cabinet last August 20, inducting 17 Ministers.

Hitting out at the JD(S) leadership, Siddaramaiah said, it was trying to shift the blame on him for the fall of the coalition government with an intention to gain political mileage.

“People of Karnataka are politically aware, they understand such things,” he added.

A political slugfest has erupted between JD(S) patriarch HD Deve Gowda and Siddaramaiah with each holding the other responsible for the exit of the coalition government.

Siddaramaiah also hit out at the central government, accusing it of not releasing funds for flood relief.

“It had never happened in the past floods should have been declared as a national calamity. We had demanded the immediate release of Rs 5,000 crore as interim relief, not even one rupee was given”

An inter-ministerial Central team was currently on a four-day visit to Karnataka to assess the damage caused by the recent floods.