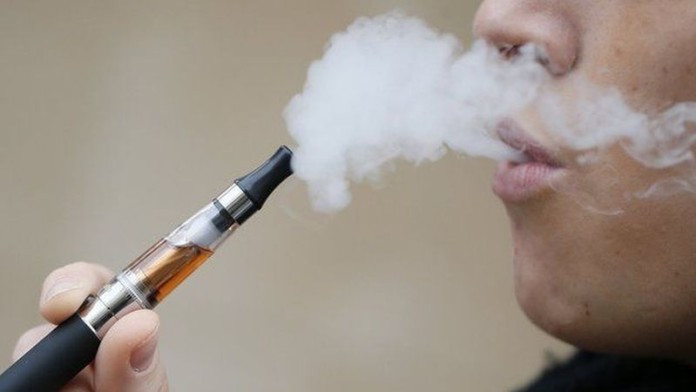 New York:  In the most damning study so far, a US research team has found that e-cigarettes, often targeted at youth and pregnant women, damage brain stem cells.

Even short-term exposure of e-cigarettes (ECs) produces a stress response in neural stem cells, which are critical cells in the brain, said the researchers from University of California, Riverside.

“Although originally introduced as safer, ECs, such as Vuse and JUUL, are not harmless,” said Atena Zahedi, first author of the research paper that appeared in iScience, an open-access journal from Cell Press.

“Even short-term exposure can stress cells in a manner that may lead, with chronic use, to cell death or disease. Our observations are likely to pertain to any product containing nicotine,” Zahedi claimed.

“SIMH is a protective, survival response. Our data shows that exposure of stem cells to e-liquids, aerosols, or nicotine produces a response that leads to SIMH,” said Prue Talbot, Professor in the Department of Molecular, Cell and Systems Biology, who led the research.

Electronic cigarettes are nicotine-delivery devices that aerosolise nicotine and flavour chemicals through heating.

“The high levels of nicotine in ECs lead to a nicotine flooding of special receptors in the neural stem cell membrane,” Zahedi said.

Nicotine binds to these receptors, causing them to open up. Calcium and other ions begin to enter the cell. Eventually, a calcium overload follows.

They can even rupture and leak molecules that lead to cell death.

“If the nicotine stress persists, SIMH collapses, the neural stem cells get damaged and could eventually die,” Zahedi noted.

If that happens, no more specialised cells — such as astrocytes and neurons — can be produced from stem cells.

The researchers stressed that youth and pregnant women need to pay especially close attention to their results.

Nicotine exposure during prenatal or adolescent development can affect the brain in multiple ways that may impair memory, learning and cognition.