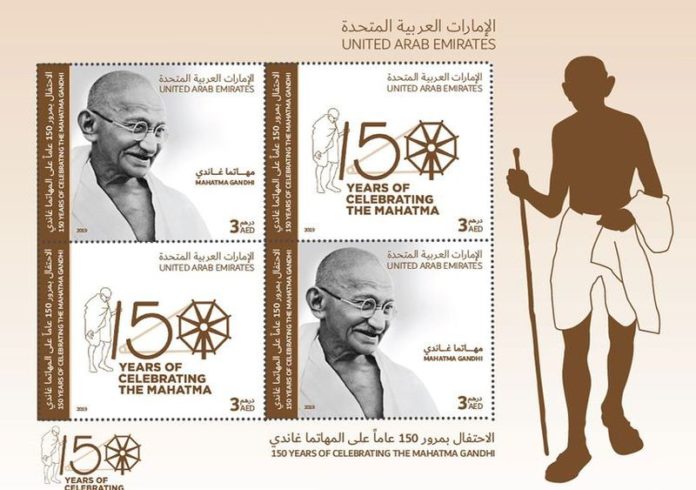 Dubai: Commemorative stamps to mark the 150th anniversary of the birth of Mahatma Gandhi on 2 October have been issued in the UAE by the Emirates Post in Dubai. 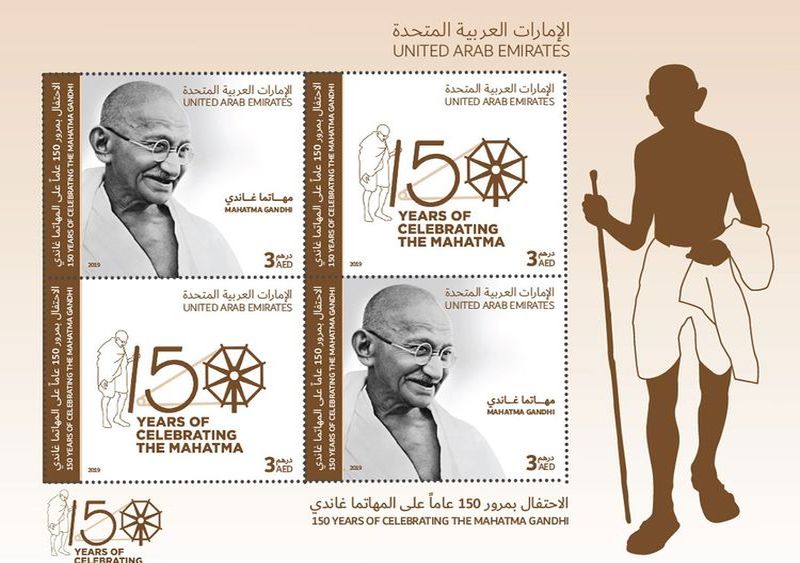 The stamps highlight the life and times of India’s most influential leader, says a statement by the Emirates Post on Sunday.

Commonly referred to as the ‘Father of India’, Gandhi is revered by many for his efforts to unite people, regardless of race or religion.

Commenting on the special issuance, Abdulla M. Alashram, Acting Group CEO of Emirates Post Group, said: “As we approach the anniversary of Mahatma Gandhi’s birthday, Emirates Post is issuing a stamp as a celebration of the values Gandhi embodied and upheld during his lifetime.”

“The stamp serves as a reminder of his significant contribution to human development, and his teachings of tolerance and respect is one of universal relevance. Seventy years after his passing, Mahatma Gandhi’s legacy can still be felt the world over and his impact on humanity still lives on.

“The stamp, designed to celebrate an inspirational historical figure, also demonstrates the strong ties the UAE has with India and the contributions Indians have and will play in the development of our communities here in the UAE”, he added.

India is celebrating the 150th birth anniversary of Mahatma Gandhi whose values of peace, tolerance and sustainability continue to be relevant and guide the world, an official statement by the Indian government during the visit of PM Modi.

In December last year, a digital interactive museum showcasing the life, works and philosophy of Gandhi and the father of UAE Shaikh Zayed bin Sultan Al Nahyan was jointly inaugurated by the then External Affairs Minister Sushma Swaraj and her counterpart Abdullah bin Zayed Al Nahyan.