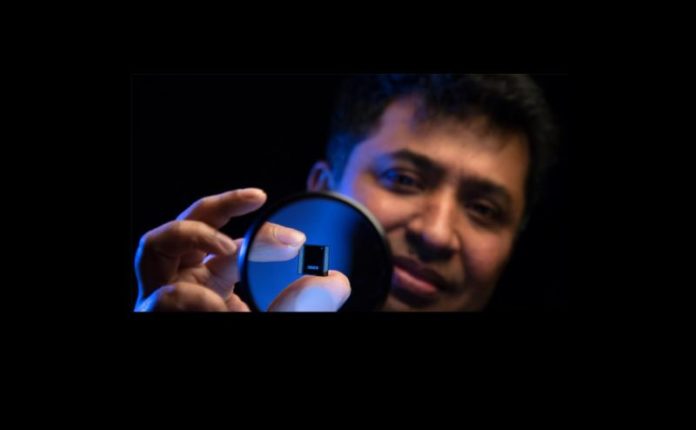 Mangaluru: Hailing from Mangaluru, Wilfred Gomes has been working with ‘Intel Corporation’ in USA, since graduating from Kerala Regional Engineering College- (KREC)-Calicut. His parents are now settled at Bengaluru, where his Father retired from Hindustan Machine Tools (HMT), Bengaluru. His two younger brothers graduated as engineers and are now settled in USA. Wilfred is married to Eunice and has one daughter. Wilfred has many discoveries to his credit, and the latest fingernail size Intel chip is the yet another feather added to his cap. The fingernail-size Intel chip with Foveros technology is a first-of-its-kind, developed by Wilfred. 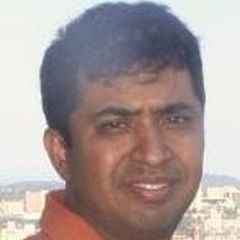 Wilfred Gomes is an Intel Fellow at Intel Corporation-USA, with 23 years experience in Microprocessor Design and Technology Solutions. He is also a Senior Principal Engineer since 1997 and was Member of the Technical Staff at Cadence Design, Chelmsford, Massachusetts, USA from 1994-1997; Member of the Hardware languages team. he further did his education at the University of Hawaii at Manoa. He has a few publications to his credit, like ‘A System-Level Solution to Domino Synthesis with 2 GHz Application. ICCD 2002’; ‘Circuit and Process Innovations to Enable the Nehalem and Westmere Family of Processors – Intel Technology Journal’; 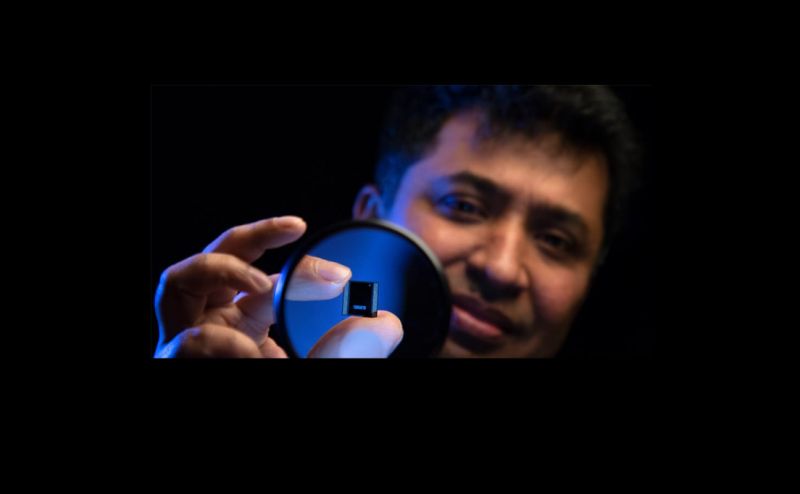 Wilfred was seen holding a processor with the advanced packaging technology called Foveros. It combines unique three-dimensional stacking with a hybrid computing architecture that mixes and matches multiple types of cores for different functions.

Review on him says, “Wilfred has the in-depth circuit design expertise and tremendous knowledge of all aspects of circuit and logic design. He has a very good high-level view of both IC design as well as software architecture. Wilfred is an excellent team player. His analytical and troubleshooting skills are admirable “. Speaking on this project to Team Mangalorean Intel Engineer Wilfred Gomes said, ” Three years ago, myself and couple of my colleagues sat down to decide how the future should look. We were thinking out into the next decade, and how should products be built? Our team just finished its work on Intel’s next-generation high-performance and low-power processes, both of which would further shrink the company’s chip designs to new extremes. But the traditional route of making chips ever smaller had begun to offer diminished gains. Keeping pace with Moore’s law would require more dramatic measures”.

“We landed on what would become Foveros, a 3D packaging technology that stacks logic chips atop one another. A design which became an actual product: Lakefield, a breakthrough CPU architecture tailor-made for devices that don’t yet exist. Like Ideas don’t become products overnight, so until the following year myself, along with senior fellows Rajesh Kumar and Mark Bohr, brought our proposal to recently hired Intel president Murthy Renduchintala, where he told us that we could change the direction of the company. That sounded a bit overstated. But the stakes now are even higher than they were two years ago. Intel’s efforts to manufacture chips on the smaller, next-generation 10nm process has fallen behind schedule, cracking open a window for competitors like AMD. Our credibility was on the line,” added Gomes. 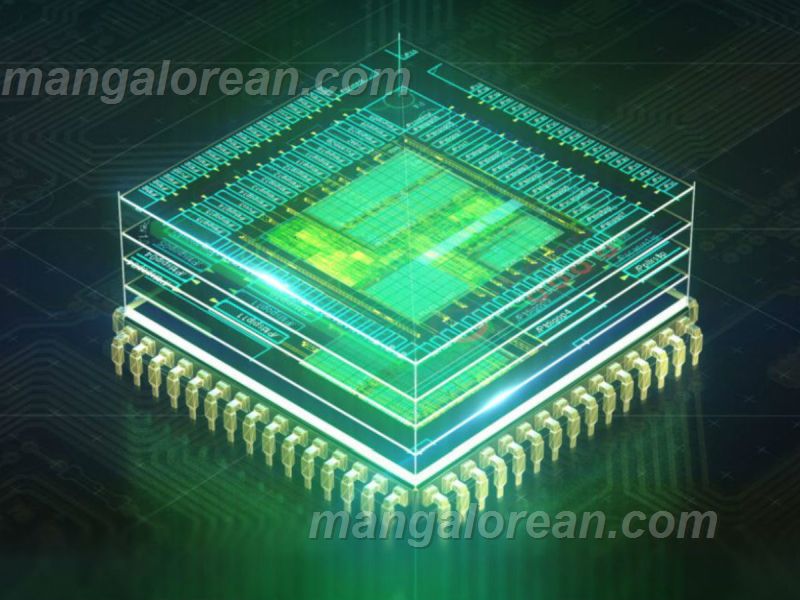 And while the 3D stacking technique that defines Foveros has been accomplished previously in research labs and in memory chips, no one had come anywhere near producing at scale. The ability to build a chip up rather than out has manifold benefits, chief among them the ability to mix and match transistors for specialized tasks. CPUs destined for gaming laptops have different needs than those that prioritize on inter”-connectivity. Foveros allows for customization without sacrificing performance or space. But with those benefits come challenges. Big ones.

Gomes further said “When we pencilled it out, we spent a lot of time arguing among ourselves which elements were highly risky and which ones we had to get right. Typically what we do is pick two or three miracles that we have to somehow pull off”. In this case, it required three. First, the architecture itself, a radical rethinking of how processors look and act. Next, the ability to execute against that stacked design in a way that ensures every part works; if any single layer of the stack fails, your yield drops. And last, heat travels up, a thermal problem that needs to be solved to make a vertical CPU workable. Intel has offered a glimpse at how it overcame those challenges in Lakefield, if not the whole picture. Every part of the stack gets vetted before assembly, for instance, to weed out any bad silicon before it can cause problems. And the company invented an entirely new insulation material to help dissipate heat.

“If you put the right silicon materials, put the right amount of thermal compounds, and then you design your actual thing so that you don’t end up in a thermal hot spot, you should be able to build many compelling 3D stacked products,” Gomes said “Lakefield is the first one.This is the world’s smallest PC motherboard ever” Specifically, the compute elements of Lakefield are built on Intel’s next-generation 10nm process and stacked atop a 22nm chipset. The entire package is a mere 12 x 12 x 1 millimetre; smaller than a dime. If those numbers and nodes trip you up, just know that Lakefield is very small and should be very capable. 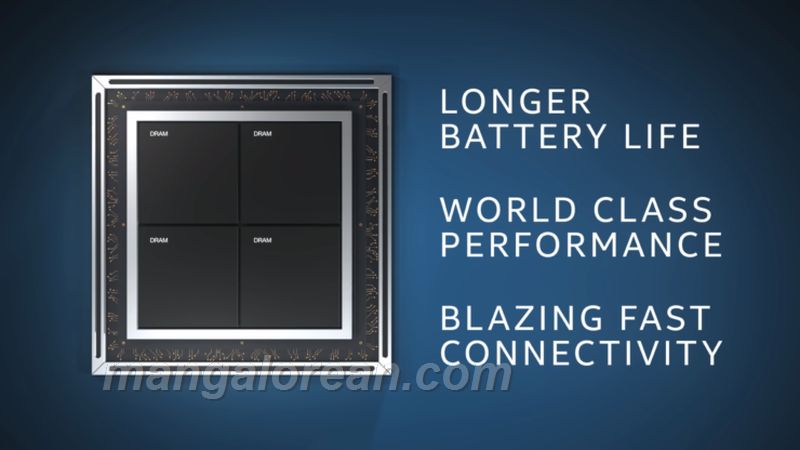 “We did not create Foveros just to say that we were going to build some low-powered product that was going to a niche segment,” Gomes says. “We thought about this long and hard, how to architect it from the ground up. Lakefield is the first product of many.”

Intel’s Foveros 3D-stacking technology is the “Best Technology” as stated in 2019 Analysts’ Choice Awards, and also said, “Our awards program not only recognizes excellence in chip design and innovation but also acknowledges the products that our analysts believe will have an impact on future designs,”.