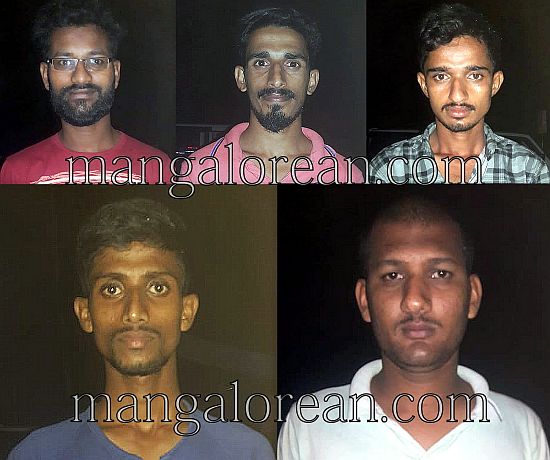 Uppinangady: The Uppinangady police arrested five youth in connection with the kidnap and rape of a minor here on July 23.

According to the police on July 17, the victim’s father filed a missing person’s complaint in the Uppinangady police station. The police registered a case under section 363 IPC and started their search for the girl. On July 23, the police traced the girl. While questioning the girl, she revealed the names of the accused and all the five accused were arrested by the Uppinangady police.

All the accused were produced before the court and remanded to judicial custody.