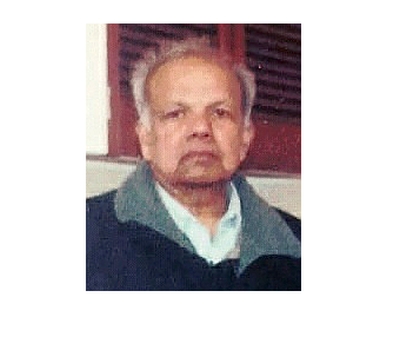 Mangaluru: The former professor of surgery, KMC, Mangaluru Dr Yogish Pai, MS, FRCS passed away in Middlesborough, UK here on 27 Dec 2018. He was a nonagenarian.

Dr Yogish was a popular teacher and was instrumental in organizing the first-ever continuing surgical education program, on the lines of those organized by the Royal college of surgeons, UK, in India in the early sixties.

Dr Yogish was a close associate of Late Professor M P Pai and had helped the latter in starting the first ever PG course in surgery in the erstwhile Mysore state. He had rendered yeoman service in the District Wenlock Hospital both as a surgical mentor and surgeon.

Along with another illustrious teacher, Prof M Srinivasan the trio had brought up a fine department imparting surgical training. In the early seventies, he migrated to the UK and became an orthopaedic consultant and helped several Indian students to get trained in the UK.

He was regarded as the friend of the poor in Wenlock in the nineteen sixties and the best surgical mentor of KMC Mangaluru.