UAE: Konkani Cultural Organization, Abu Dhabi, popularly known as KCO stepped into its 25th glorious year. The organization marked the inaugural of its Silver Jubilee Year on 13 February 2020 at the Crown Plaza Hotel with a dazzling ceremony along with its members, sponsors and well-wishers. KCO was founded on 13 February 1995 by a group of likeminded Mangaloreans under the able leadership of Leo Rodrigues to unite as a community in Abu Dhabi and create an atmosphere of a home away from home. It was a platform to promote Konkani culture. Over the years, KCO became more mindful of the needy students and the suffering hence diversified its mission to helping the less fortunate as well. KCO over the years has grown from strength to strength and now proudly marches into the 25th year of its existence. 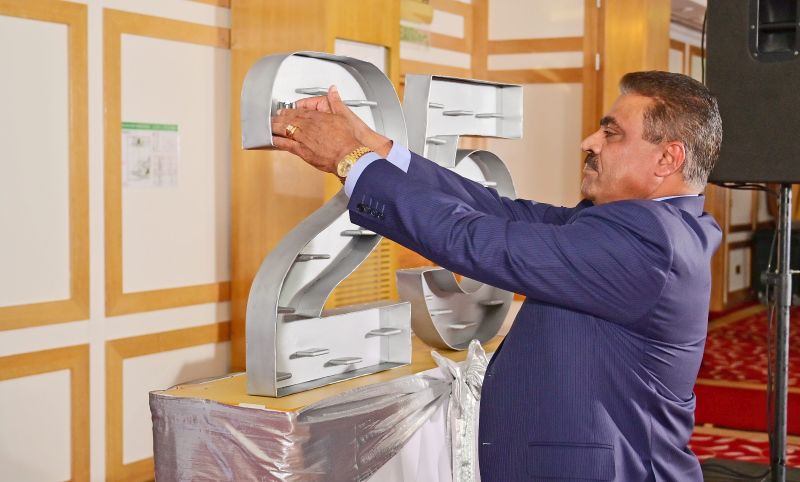 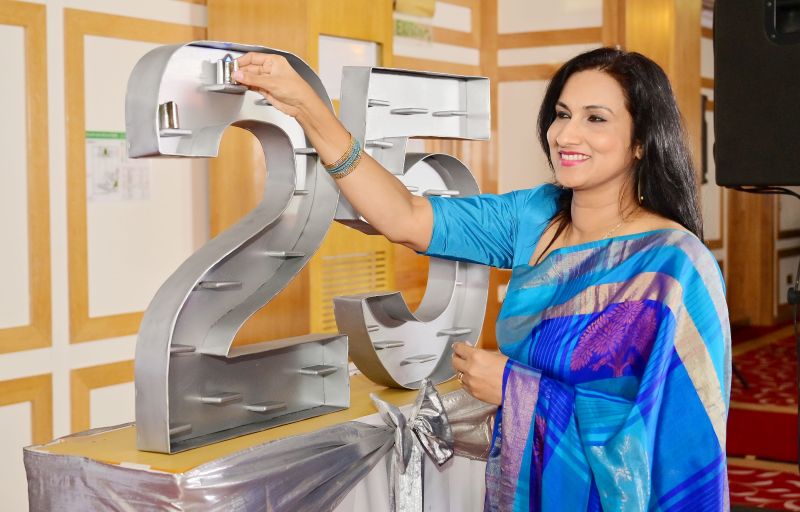 This auspicious occasion was inaugurated by lighting 25 candles symbolizing KCO’s fruitful and luminous journey of 25 years, which would not have been possible without the partnership of generous sponsors, unstinted efforts of its members and the cooperation of the community at large. Hence there was a joint representation of KCO’s prime sponsors, well-wishers and members in lighting the symbolic candles, which was done in perfect harmony. 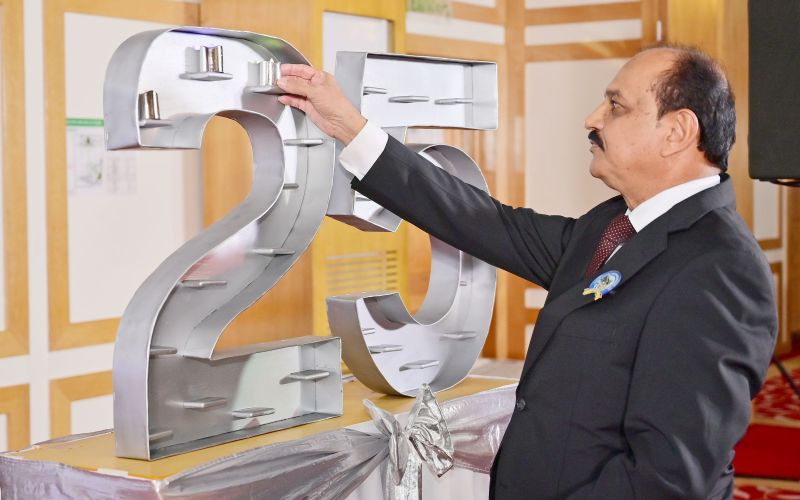 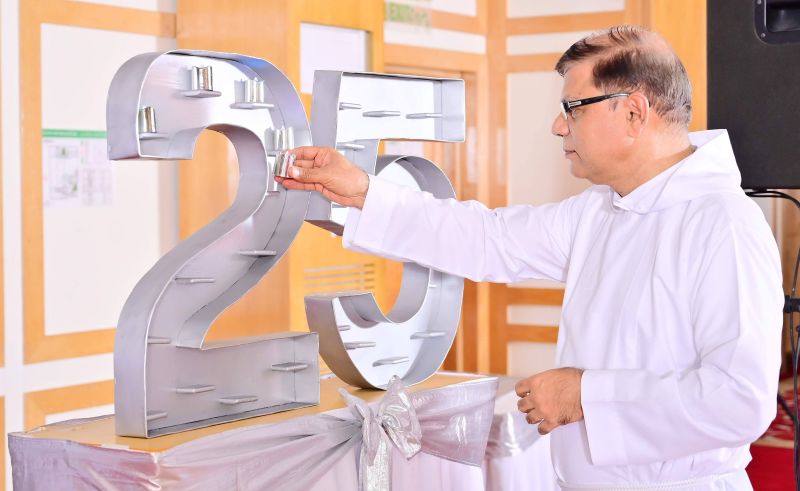 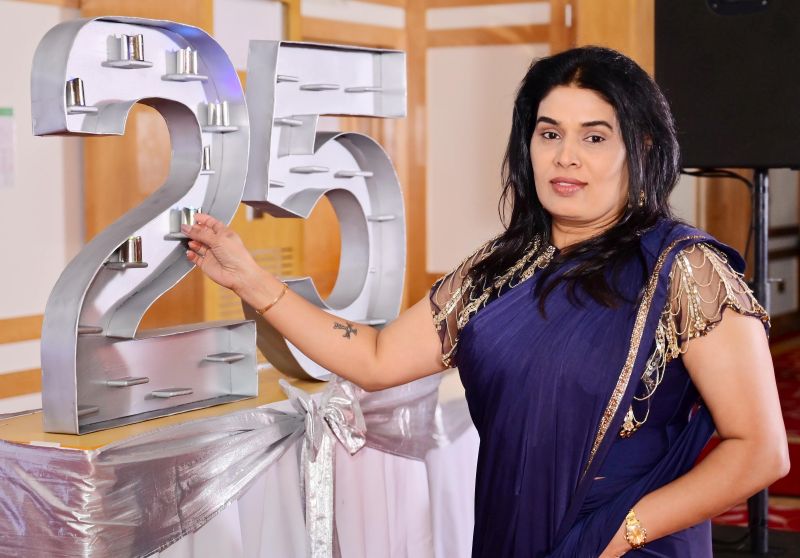 Leo Rodrigues, the founder and current President of KCO, addressed the gathering and welcomed the guests. He also gave a glimpse of how KCO came into existence and briefed the gathering on the Mission of KCO and its efforts in Preserving Culture and Improving Lives. He quoted Mother Teresa, “It’s not how much we give but how much love we put into giving.” It’s about making a difference in people’s lives and KCO works in this direction, he said. He also profusely thanked all the Sponsors who stood by KCO in the past 24 years and for their commitment to being of service to the Konkani Community. 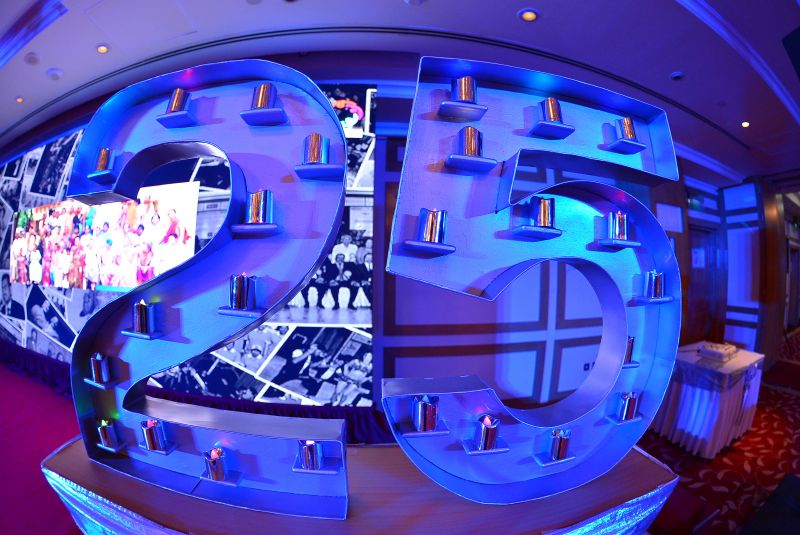 The joy and happiness of the KCO team was expressed by cutting of the cake by the president Leo Rodrigues and the members thus displaying a mark of strength and unity in KCO. The President offered cake to all the members to show that KCO is a big family built on a strong foundation of hard work, dedication, commitment and love. Indeed, it was a touching sight to see all the members hand in hand during the cake cutting ceremony reflecting their strength in unity. 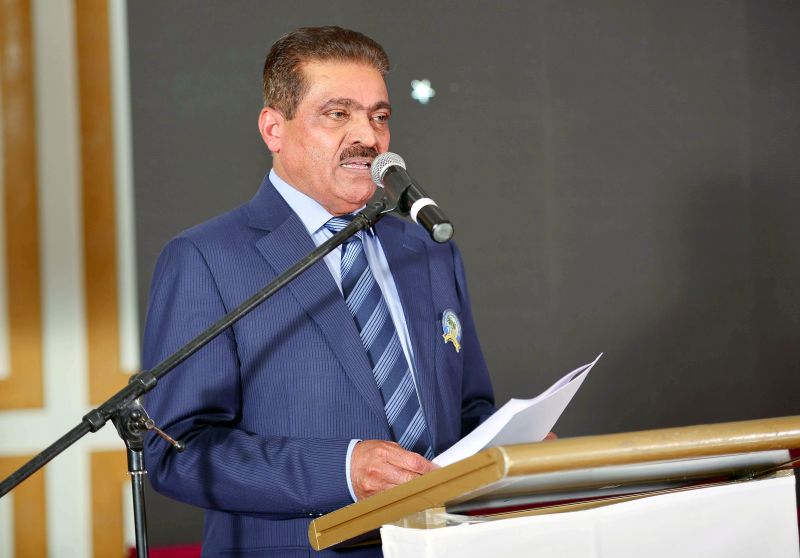 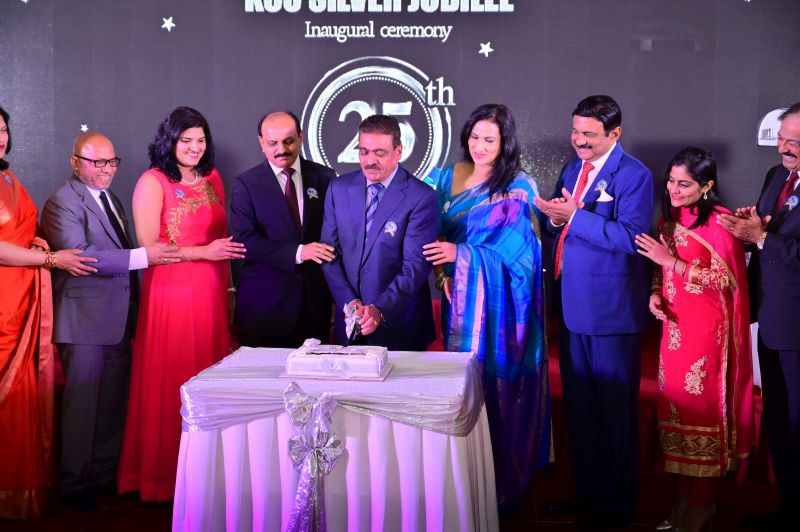 The new logo which was specially designed to mark its silver jubilee and the Facebook page was unveiled at the event by President Leo Rodrigues. People who gathered in the hall grew super excited as the countdown began and was followed by cheers and applause once the beautiful logo was unveiled. The new logo speaks aloud of a human bond in Preserving Culture and Improving Lives, the mission KCO has stood by. The Facebook page under the name “Konkani Cultural Organisation – KCO Mangalore” will be used to communicate with followers and pass information about all the events and projects KCO has planned especially during the silver jubilee year. This would be an effective platform for the community to interact with KCO. 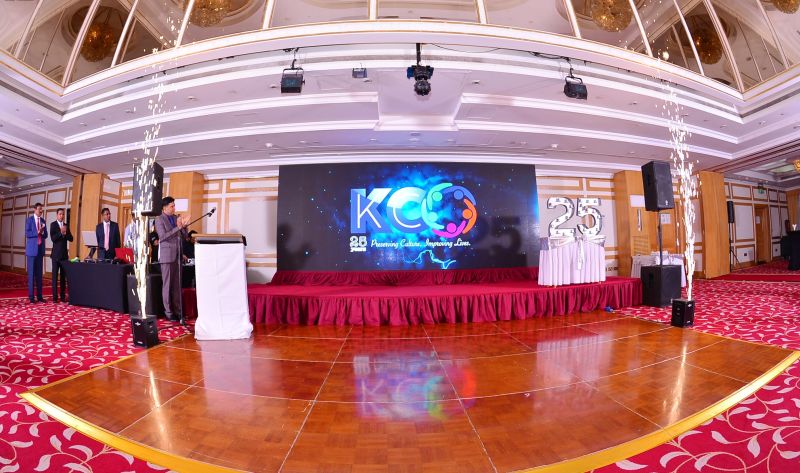 KCO’s successful journey of 25 years was very effectively presented with commentary and photographs, wrapped up in a 15 minutes presentation, which was the highlight of the event. The slide presentations showcased KCO history and briefly enumerated all of KCO projects since its inception in promoting Konkani music, drama, culinary skills, talent shows, to hosting Mangalorean personalities and providing scholarships and assistance to sick and needy. The audiences were filled with admiration towards KCO as the presentation took to the screen. The moment was nostalgic while pictures and photographs of the past were displayed. Applause reached the skies at every milestone that KCO achieved in the past 24 years. 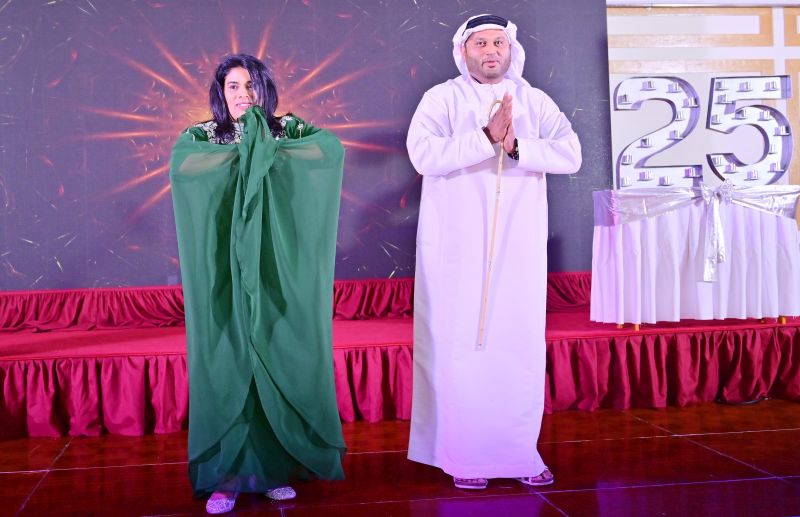 Dolphy Vas the Convener of KCO’s silver jubilee committee thanked all the sponsors and passed on the microphone among few of the sponsors to express their views and feelings about KCO. Firstly Fr Derek thanked KCO for building the Konkani Community in Abu Dhabi, he also wished the organization all the best. Ronald Pinto of Hyssna International, whilst wishing KCO the best and appreciating all their good work, wished that he would like to see more young faces in the organization to take the KCO forward. Walter D’Almeida of M/s. Regal Furnishing and Storage Systems conveyed his best wishes for all the upcoming events, plans and projects.

This was followed by light entertainment in the form of a graceful Arabic dance by Lavina Rodrigues and Vinay Vas, followed by an energetic folk dance by Sandhya and Vinay Vas depicting the culture of Karnataka. The young kids of ‘Steps and Strings’ presented a perfectly synchronized and entertaining dance. The well-coordinated dance moves left the audience spellbound. 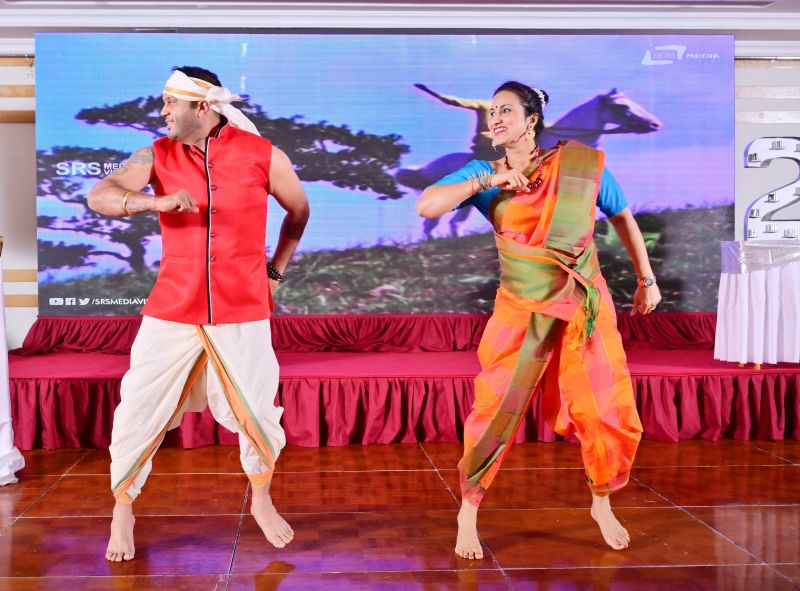 General Secretary of KCO Sandhya Vas proposed the vote of thanks. She thanked each and everyone who made the event a great success. This was followed by a sumptuous buffet. The event concluded with all members rising and singing the “Laudate Dominum” in thanksgiving to the Almighty. 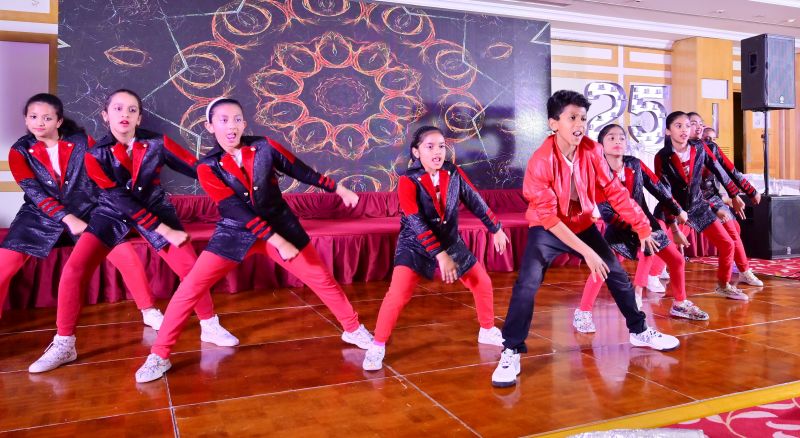 The entire event was compered by well-known MC from Dubai, Roshan D’Silva. Broadway Events did their best in providing visual effects, sound and lighting.

This event set the right tempo for the yearlong celebrations. All the guests and members grew enthusiastic to make the silver jubilee year a grand success. 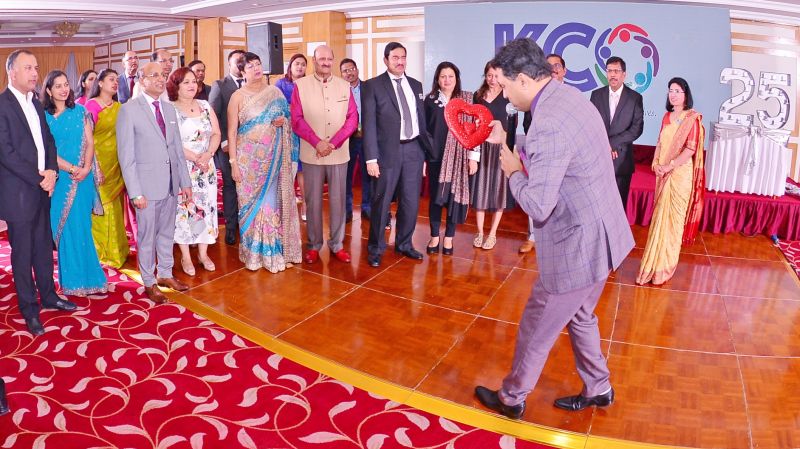 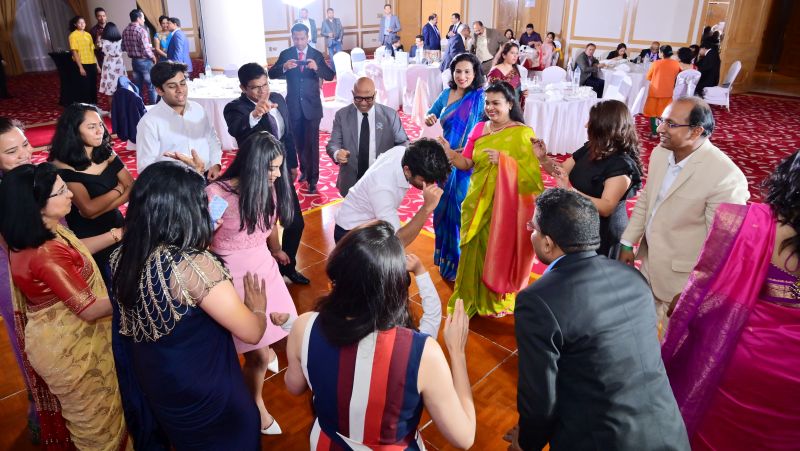 KCO has lined up a lot of events this year to ensure that the celebrations continue with zest and togetherness, few of these events are listed below –

The organization would like to begin the celebrations with a Thanksgiving mass, that will be offered at the St. Joseph’s Church Abu Dhabi, on the 21st of February 2020. The Committee would like to thank the Almighty Lord for guiding its journey to this day. In May, a Konkani Drama by well-known actors of UAE will be played in Abu Dhabi’s Al Khubairat British School Auditorium. KCO will be organizing a Cookery competition for participants to demonstrate their tasteful culinary skills in the month of June. This will be followed by a Talents Day in September, which will allow participants to put their best foot forward and showcase their talents. In the month of November, KCO will also organize an extravaganza of music and entertainment for members of the community at Silver Jubilee Mega Event in Abu Dhabi. The intention is to build a vibrant community to ensure that we are ‘stronger together’ and that has always been a core focus of KCO’s mission. 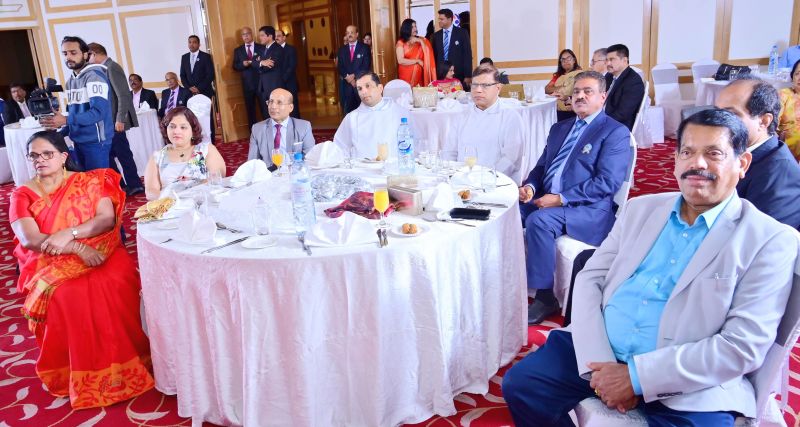 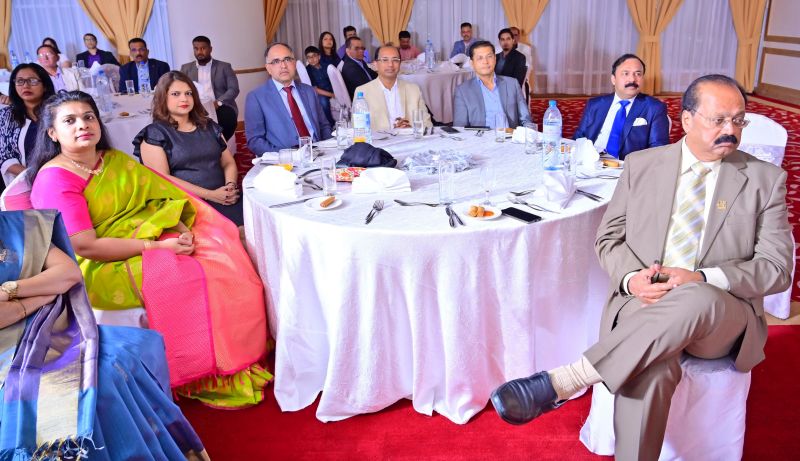 Last but not the least, in the month of December 2020, KCO will end the year with a bang by truly going back to their roots for a year-end celebratory finale event in Mangalore.