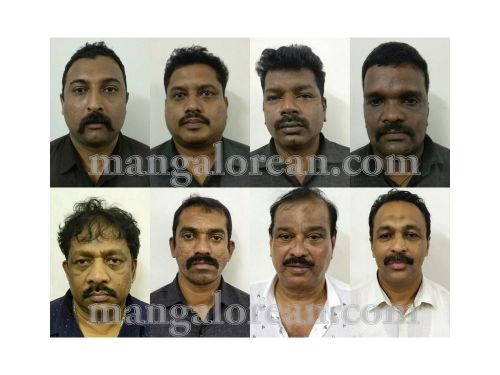 Mangaluru: The East police arrested 8 persons from a Lodge in Pumpwell on August 16 late night. 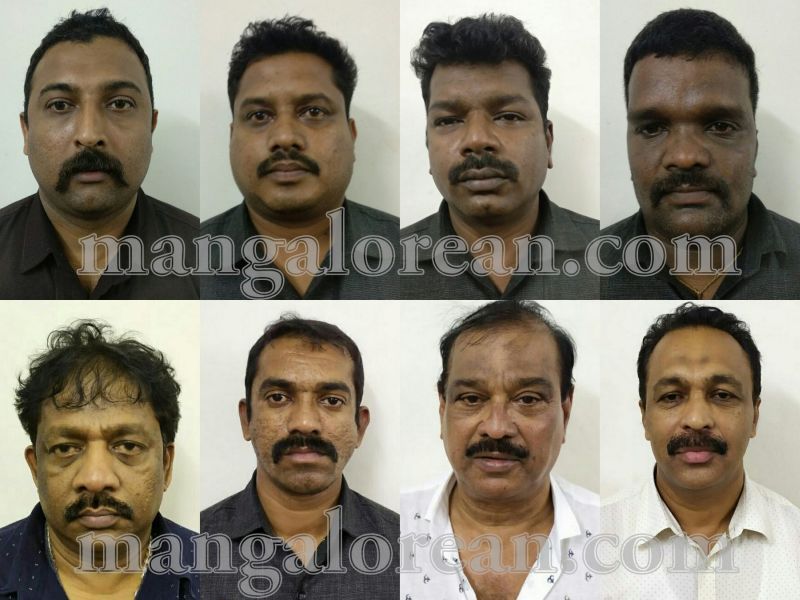 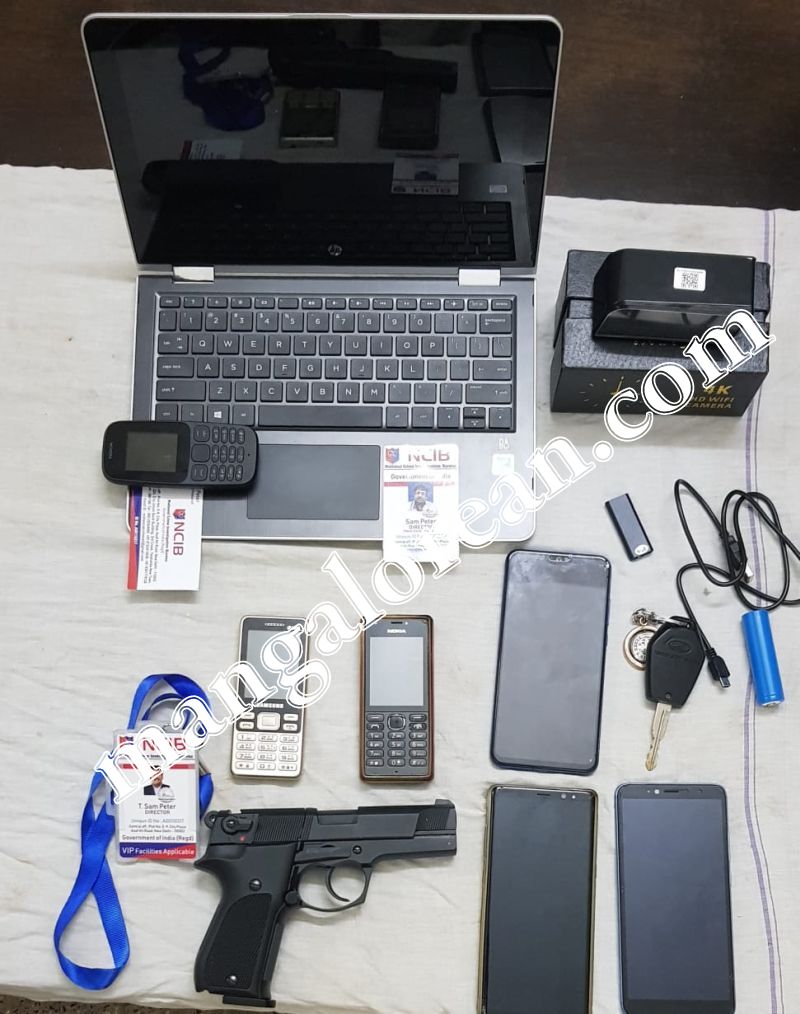 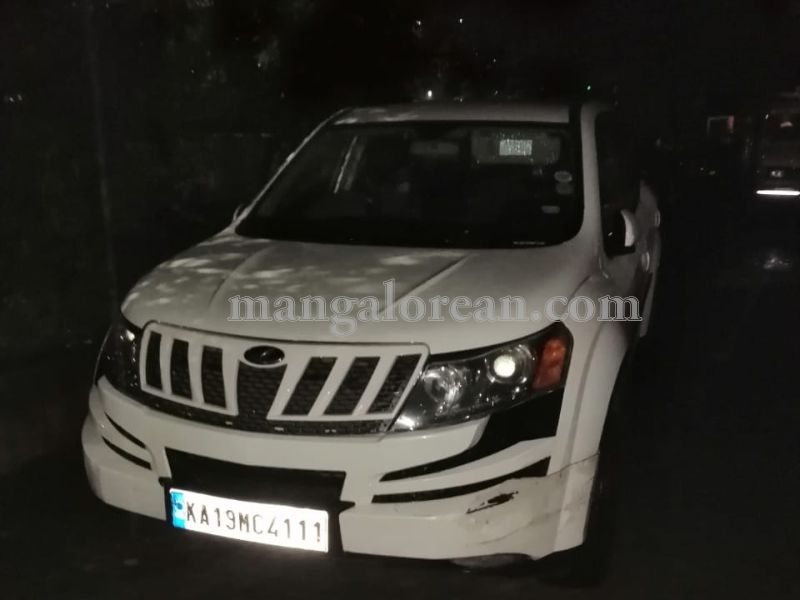 Addressing the mediapersons Police commissioner Dr Harsha said, “As a part of our security drill, we set up security in all points of Mangaluru city on high alert as a prelude to and after the Independence day. On August 16, when the East police were checking the area in Pumpwell, they received credible information that a suspicious team of possible offenders were moving around in a car with tinted glass which did not have a license plate. The East police Inspector along with his team rushed to the spot in Pumpwell where the suspicious gang of five persons waiting in a Mahindra TUV-300 car. The police while checking the car found that the car had a nameplate of NCIB Director Govt of India. When the police tried to arrest the persons in the car they tried to flee from the spot.” 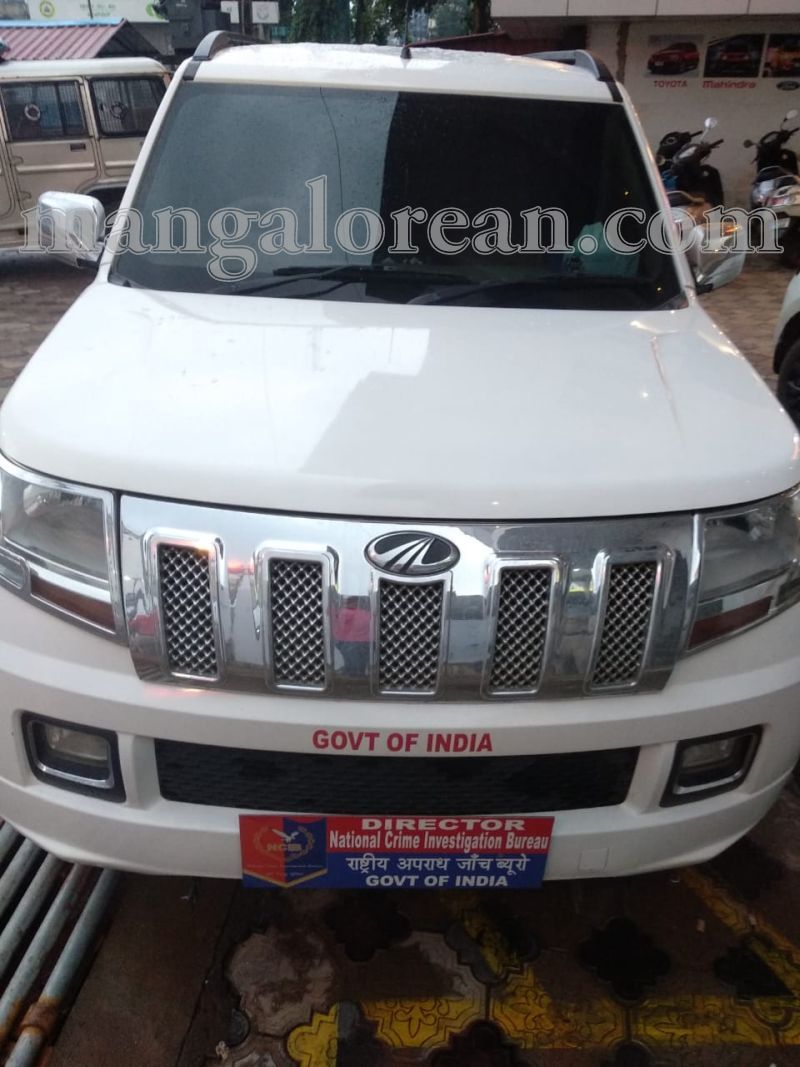 Dr Harsha further said, “During investigations, they revealed that they have rented a room in the Sai Acharya lodge for 8 persons. The prime accused Sam Peter claims to be from Kerala but preliminary investigations reveal that he has links to West Bengal and Odisha and has also rented a house in Manipal. We are verifying these inputs and have sought official confirmation with the police. Sam Peter had come to Mangaluru along with other five persons namely Bopanna, Chinnappa, Madan, Sunil Raju and Kodandaram. These five persons were posing as enforcement agency officials on official duty. One of them was carrying a firearm with 8 live bullets. Sam Peter was found in possession of one firearm which closely resembles a high-end firearm. He is very closely associated with 2 Mangalureans namely Abdul Latif who is running a hotel and Mohiddin. So far the case is in the preliminary stage. I have formed a special team and they are investigating the gravity of this case. We are questioning the two localities on how they come in contact with the accused from Kerala and what is their role with this gang? Why did Sam Peter come here and rent a room in the lodge?”

Dr Harsha also said, “Sam Peter is originally from Kerala and he along with five others came to Mangaluru. In Mangaluru, Abdul Latif and Mohiddin were helping Sam Peter to operate. It looks like a team of extortionists and blackmailers posing themselves as part of a legal investigating agency. They were duping vulnerable people by blackmailing them. As a result of this we have registered a case under section 170, 171, 419, 120(B), 399, 402, 141 IPC with Section 3 and 25 of the Arms Act along with the State Emblem of India (PROHIBITION OF IMPROPER USE) ACT, 2005. This is an interstate cheating and extortion gang. They were posing as NCIB director and extorting money from vulnerable people.”

The police have seized a Revolver, 4.5 mm Pistol, Laptop, Voice Recorder, Visiting cards, Mahindra TUV-300 car and some documents from their possession.

When asked from when were the accused staying in the lodge, Dr Harsha said, “According to the Lodge owner, they had rented a room two days ago, but there is no any entry about it in the hotel register about their check-in. We are investigating this case in 360 degrees and collecting all the informations. We have formed special teams to investigate this case and the teams will collect the technical details, financial offenses committed by the accused and interstate offenses. This is a priority offense and investigation is done on a priority basis.”

Under the direction of Police commissioner Dr Harsha, and under the guidance of DCP Law and Order Arunagshu, DCP Crime and Traffic Lakshmi Ganesh and ACP Baskar Okkaliga, the operation was carried out by the police inspector of East police station Shantharam Kundar, PSI Maruthi, ASI Dhanaraj, Prashanth, Lokesh, Nagaraj and Mohan.