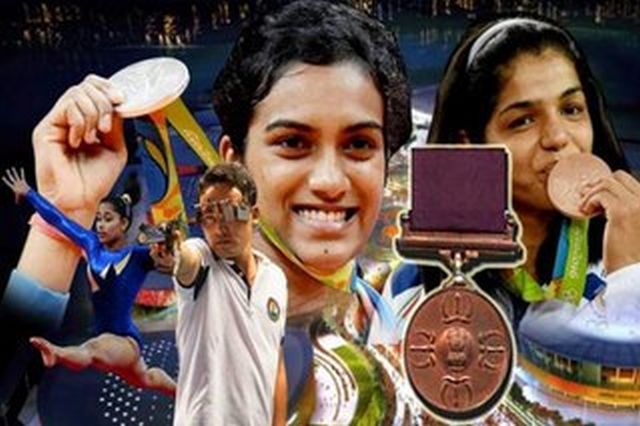 Our country, India – the country that still has many communities that treat girl children as a curse and a burden, a belief that has been around since the beginning of the nation’s history; the country which has a hard time treating females and males equally; the country that doesn’t allow excited expecting parents to find out the sex of their unborn child due to some uneducated people who will choose to murder a female fetus while still in the womb – is pleasantly surprised to see that out of the large contingent that has gone to Rio for the Olympics, two of the athletes that have won our very first Silver and Bronze medals in the Olympics this year are females.

Girls are seen as liabilities in quite a few communities mainly because of the backward practice of dowry and poverty in the family. Dowry is an unfortunate custom in India where the girl’s parents are expected to give either cash money or household goods to the newly-married couple and the parents of the groom. Dowry causes immense happiness to the groom and his parents if the girl’s parents have given enough and more, but it naturally causes immense sadness to the girl and her parents. And because of this practice a girl child is considered a burden from the second she enters this world. Sometimes her life lasts only for a few hours before it is ended by the ignorant murderers who consider her a burden.

Of course, there are those people in our country too that have supported girls and have given them every opportunity and good education to be able to be independent and become someone they choose to be. These families have opposed dowry customs and also the girls in many cases are opposing this practice even if sometimes parents feel compelled to give in. However, because our country is so huge and education is not able to reach every corner, this horrible practice of dowry has not been completely wiped out from the poorer sections of our society and girls are still considered a burden.

Many of the states in India are male-dominated and the girls have no equal rights as their male counterparts. To change this, education and vocational training must be given to all women so that they are capable of supporting themselves and are also able to oppose the killing of babies in the wombs or after their birth. They need to be taught how to fight back against our male-dominated society. They need to be empowered to be able to walk away from their husbands who do not support or want to care for the girl child.

Our Prime minister, Mr Modi, started a scheme in our country in 2015 – Beti Bachao, Beti Padhao (Save a girl, educate a girl) – and I hope the youth of today will work hard to clean up our society and rid it of the evil custom of dowry. Because of female infanticide, the girls to boys ratio is highly imbalanced and will cause problems for our future generations.

Today, women have proven that they are equal to men by doing everything a man can do. Women are also more educated than many men and earn more than men, but still, men hold higher positions when it comes to status. Ill-treatment of women is still common – girls are getting beaten up for socializing with their male friends in public places, brutal rapes are taking place almost every day in every corner of the country, women are still considered a commodity that men can use and throw. This is the sad truth of our nation.

Being a country with the world’s second largest population, it is quite disheartening to realize that only the sport of Cricket is of importance to the majority of our citizens. India is a developing country, and it has accomplished many achievements in science, technology and the film industry, but there is no improvement in the sports sector. When lesser populated countries are able to send more athletes who are better prepared for the events, it is really shameful for us as a country. But if we win even one medal in an international event we feel like we are world champions.

However, today I have renewed hope that the two talented female athletes that earned medals for India will somehow be a cause for the change in our thinking and mentality. The parents of Sakshi and Sindhu have already broken barriers. I hope it encourages other girls also to pursue education and their dreams and to believe that they can do whatever they want to. I hope this will be one of the factors for our society to respect females as much the male children. I hope our society will be able to see the importance of girls in sports and other areas of life. I hope our current and past female sports personalities will take charge and spread the winner attitude among other girls. No more killing of girls mercilessly, no more considering them as commodities, no more treating them as a burden or another’s property. It is time we change and make way for more Sakshi’s and Sindhu’s from our nation.