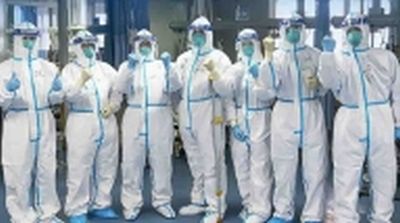 Panaji: The educational institutions in Goa have not been shutdown due to the COVID-19 outbreak, the Chief Minister’s Office said on Wednesday, to counter a fake screenshot of Chief Minister Pramod Sawant’s tweet which said that the closure had been ordered following the viral outbreak.

“A fake screenshot of Hon’ble CM’s tweet is circulating on social media. No such tweet has been made by the CM. Screenshots may be cross-checked with official Twitter and Facebook profiles of the CM and CMO for their authenticity before being forwarded,” the Goa CMO tweeted on Wednesday.

The clarification followed soon after a screenshot of what looked like Sawant’s tweet, said that educational institutes in the state had been shut down on account of the coronavirus outbreak.

The fake tweet had said: “Due to the dangerous outbreak of COVID-19, also known as coronavirus, the Education Department has declared that all educational institutions must be shut so as to prevent spreading of the virus.”

Not a single person has tested positive for coronavirus in Goa yet, while nearly 20 persons who were quarantined over the last few weeks, have tested negative.