Kuwait: The first ever Gulf Voice of Goa Konkani singing competition – a tribute to legendary Goan musician and lyricist Chris Perry, created history bringing together Goans of all diversity in a mega show of entertainment at Khaldiya University Auditorium – 22nd February 2019.

The event was the biggest singing competition outside Goa that offered the best platform for aspiring singers to showcase their talent on the international stage.

The competition gathered some of the best Goan singers in the Gulf to demonstrate their vocal talent and prowess. This gave singers and the public a unique, high quality, and unforgettable experience.

The event was organized in aid of the Bahrain Cathedral.

Admirably, the program started with National Anthems of Kuwait and India followed by a hymn in honor of Our Lady of Arabia. Singers who took part in singing comprised of Trupti Marshall, Flavia Fernandes, FeliaAlphonso, Neeta Fernandes, Jessie Leitao, Larissa Fernandes, EsparansaBarretto and Carrie Santos.

A minutes silence was also observed at the onset of the program for police jawans killed in terror attack at Pulwama, Kashmir. 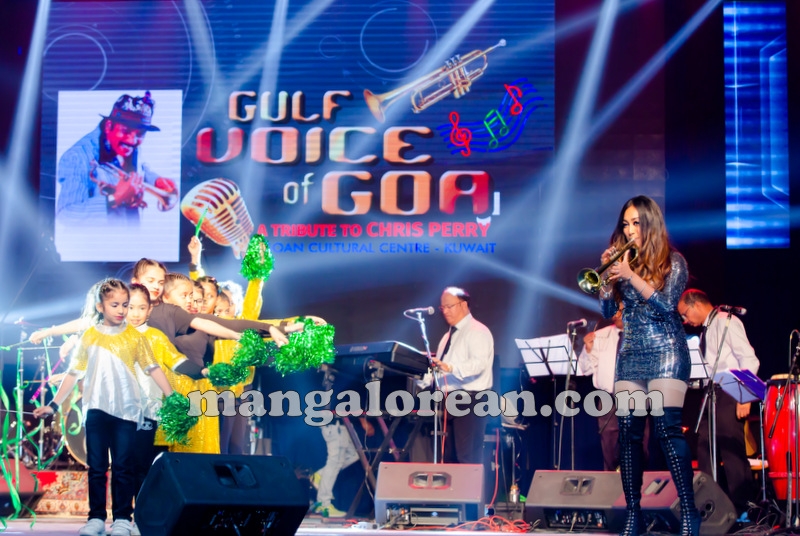 Goan Cultural Centre President Carmo Santos, who in the past has organized events of substance such as Global Goans Convention and the first Konkani Film Festival (outside India) in Kuwait, was the chief coordinator of the show.

A number of celebrity artistes and delegates took part in the 5 and a half hour non-stop, pulsating and entertaining show.

The main competition was classified for Gulf residents of Goan origin. 2 participants from each country, a male and a female, were shortlisted for the finals.

The contest consisted of 2 rounds – the first was normal singing of one complete song, the second round required singers to catch up with the tempo of music in one verse-chorus song.

Melodious Goan voices from the Gulf countries along with a number of dignitaries and supporting fans made their way to the event.

As well as receiving glittering crystal trophies, the winners and runners-up were awarded cash prizes and gift hampers.

Prizes were handed over by Carmo Santos, Martin Alphonso, Trupti Marshall and FeliaAlphonso in presence of Mr.GurudasPilernekar – Art & Culture Director.

All the participants were felicitated with impressive mementos.

HIGHLIGHT OF THE SHOW

One of the highlights of the show was the return on the stage of one of Konkani stage’s most respected loving son and star Jose Rod after a gap of over 10 years which brought a standing ovation from everyone.

Jose was welcomed by a specially arranged children’s kotti-fugdi dance and escorted on stage by little Kyle and Kiara Fernandes led by Neeta Fernandes.

Jose Rod paid tributes to Chris Perry through his speech and song accompanied by Esparansa and Florinda Cardozo.

In a specially made voice over video presentation concluded by a melancholy trumpet recitation by VelrosePereira, memories of the legendary musician were brought to life while Jose Rod later revealed some extraordinary facts about the legend which were never before made known to the public.

Apart from the competition, entertaining songs, dances and comedy skits were a special feature of the show.

Celebrity star and Konkani stage icon Lawry Travasso was one of the main performers at the show. Lawry entertained the crowd with his famous, melodious songs.

The event also saw performances by the winner of Goencho Avaz 2015 Classy Cardozo and UAE GoenchoTallo winner Florinda Cardozo. Both the girls were graceful and elegant in their songs and appearance; they sure lived up to their ratings as titleholders.

The opening theme song was performed by Velrose Pereira on trumpet, Gasper Crasto, Sanio Fernandes and Lawry Travasso — along with dancing kids from Penny’s Dance Academy. 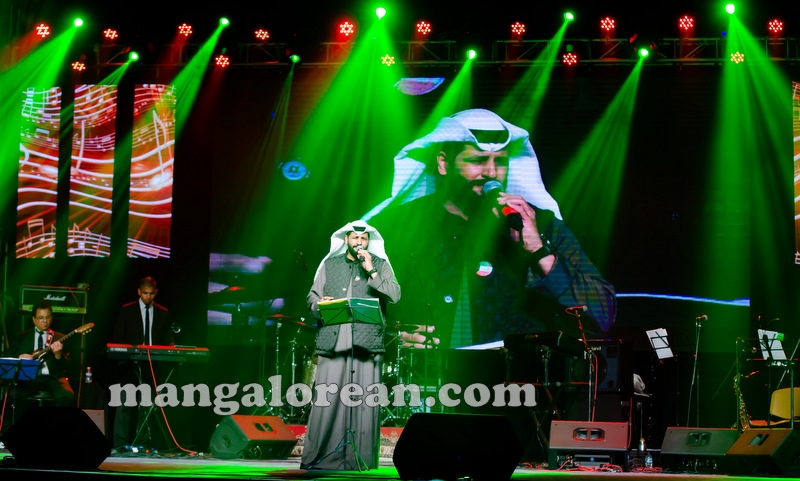 STARS OF THE SHOW

Velrose Pereira, with her singing, trumpet performance and attractive stage presence, was one of the stars of the show. She sang a solo, played the trumpet for the opening theme song, and also sang a duet with her father Avers Pereira and later teamed up with Sanio and Lawry Travasso.

Velrose was certainly one of the stars of the show and looks set to be a Goan entertainer of the future.

Another star who is going great guns globally is Sanio Fernandes (Dubai). The singer who is growing increasingly popular on social media captured the audience by his presence and star status.

Avers Pereira (Oman)sang a solo but it was his duet with daughter Velrosethatreceived great admiration.

Esparansa& Gasper Crasto’sdancing duet on the challenges of life was well applauded too.

All the guest artistes were honored on stage with mementos.

The band played the competition songs to great perfection replicating every note.

All the musicians were felicitated with memorable mementos.

Chief coordinator of the event and President of Goan Cultural Centre (GCC)Carmo Santos addressed the audience and thanked all the sponsors and well-wishers for the support in making the show a grand success.

Mr. Santos stated his happiness over the aim of the competition in popularising Konkani singing culture and to develop the interest of song and music in the new generation youth.

While applauding the support of his core members Agnello A.S. Fernandes and BoscoLeitao, Mr. Santos also indicated his thanks to Maestro Soccor De Mello for the music arrangement with other musicians.

Anjali Amonkar (Kuwait) and G.R. Crasto (Bahrain) teamed up together for a great presentation as anchors.

Their management and well-versed Konkani phrases were well admired by a friendly and encouraging audience.

Both the anchors were honored by the organizers.

A digital stage set and live audio-visual presentation made the show very attractive. Anand D’Souza was credited for the stage and sound arrangement.

The show was streamed live on YouTube at //www.youtube.com/watch?v=2oltEOZ-nFU.

Goa’s Prudent media representatives Sachin Surlekar and ShirishKunkolekar were in Kuwait to cover the event.

The edited version of the show is expected to be broadcast on Prudent TV (Goa) in the coming days.