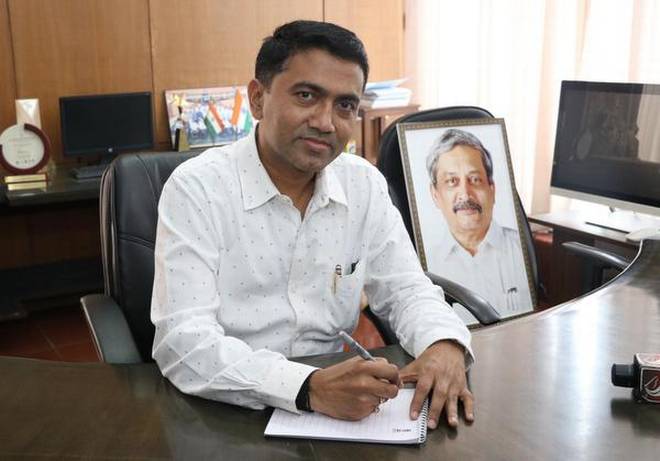 ‘Had Shivaji conquered Goa, would not have suffered under Portuguese’

Panaji:  Had Shivaji conquered Goa, the region would not have had to suffer atrocities under colonial Portuguese rule for centuries, Chief Minister Pramod Sawant said on Wednesday.

Speaking at a function organised here on the occasion of the birth anniversary of the Maratha king, the Chief Minister said that while it would be impossible to replicate a Shivaji-like reign in Goa, his government would try its best to emulate the late ruler’s craft in its governance.

The Chief Minister also said, that the Maratha king in several campaigns had made in roads in present day sub districts of Goa like Pernem, Bardez, Bicholim, Sattari and Panda, but he could not fulfil his ambition of conquering the whole of Goa, which was under Portuguese regime.

“We cannot usher in a Shivaji-like reign now, but we can aspire to. For that, we will need the help of the people of Goa,” Sawant said.

Sawant in the past on several occasions, has blamed former Prime Minister late Jawaharlal Nehru for the delay in India getting independence from Portuguese colonial yoke.

Goa was ruled by the Portuguese for a period of 451 years before it was liberated by the Indian armed forces in 1961.