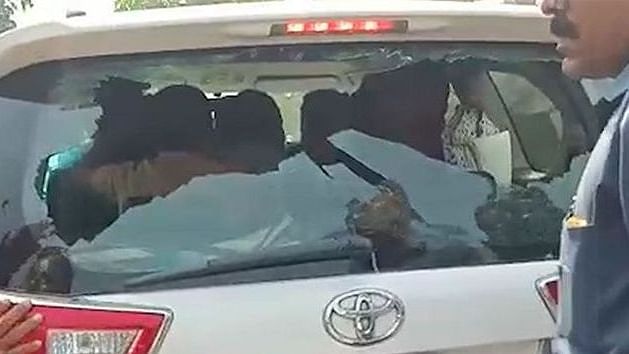 Rakesh Rai had a narrow escape in the attack but the vehicle has been damaged and its windows have been broken in by the stone pelters.

The police were informed soon after the incident.

It is believed that the criminals had prior information of the Hindu Yuva Vahini leader travelling through Mehnagar. They were allegedly waited for the car to pass through a particular area and had then attacked it with stones.

Rai was on his way to attend an event in the Senpur village in Jaunpur’s Kekrat area.

The police are now investigating the incident.

Superintendent of Police, Azamgarh, Triveni Singh has said that they have found stones and some footwear at a place near the canal where the police believe the miscreants had waited for Rai.