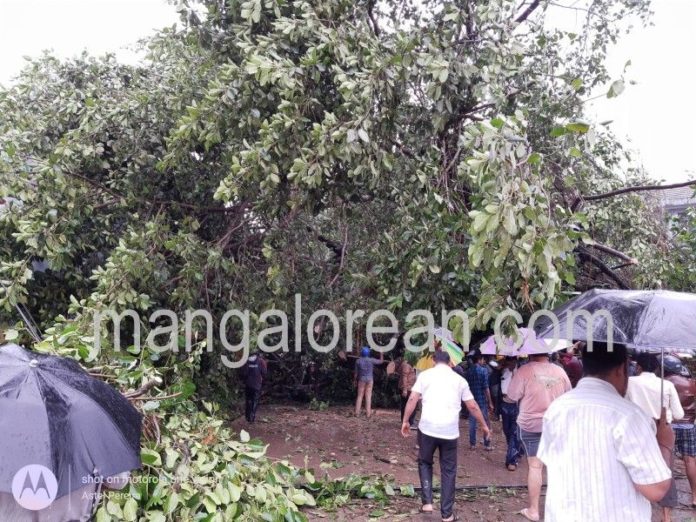 Mangaluru: Due to the strong winds and heavy rains a huge banyan tree has uprooted at Kankanady here on July 22. 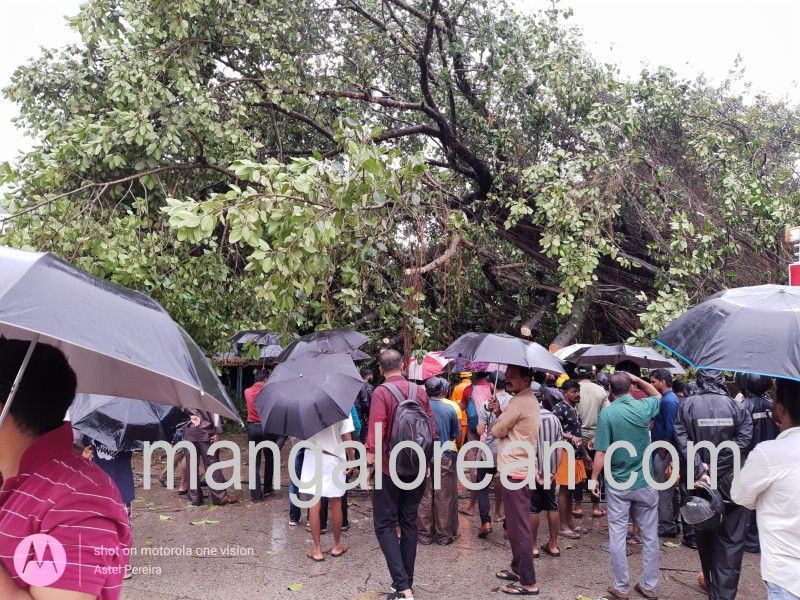 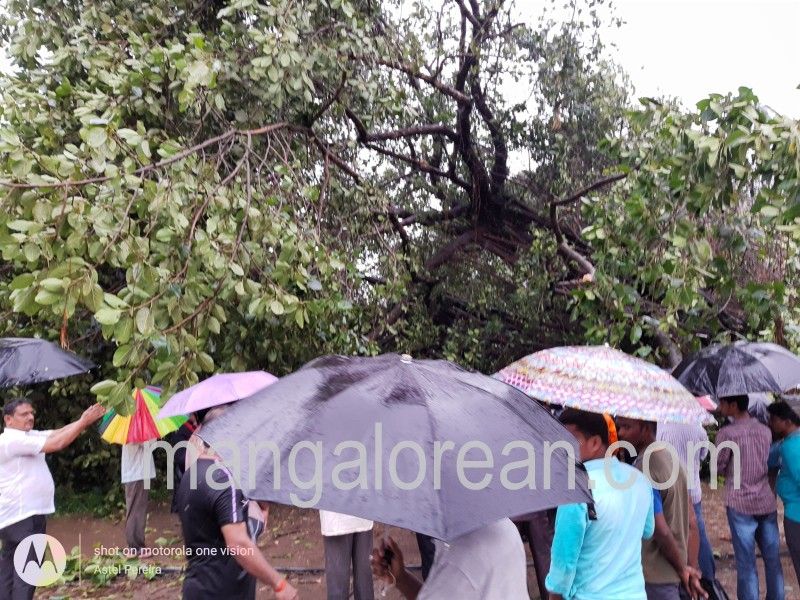 The incident took place at around 3:20 pm. The concerned authorities of the traffic, fire brigade and forest department reached the spot and have started to clear the road with the help of locals. 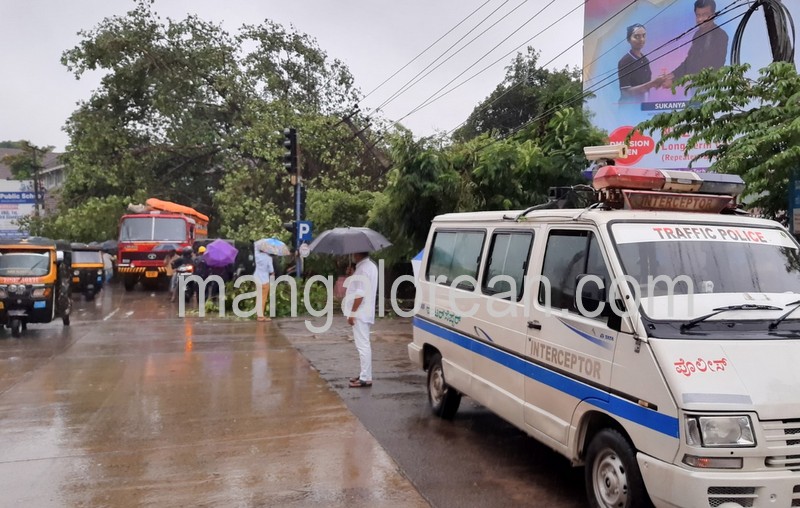 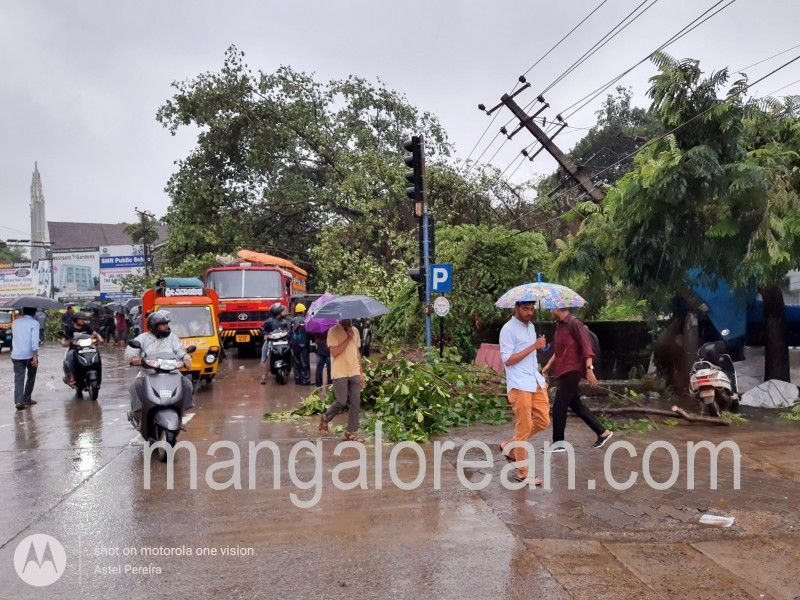 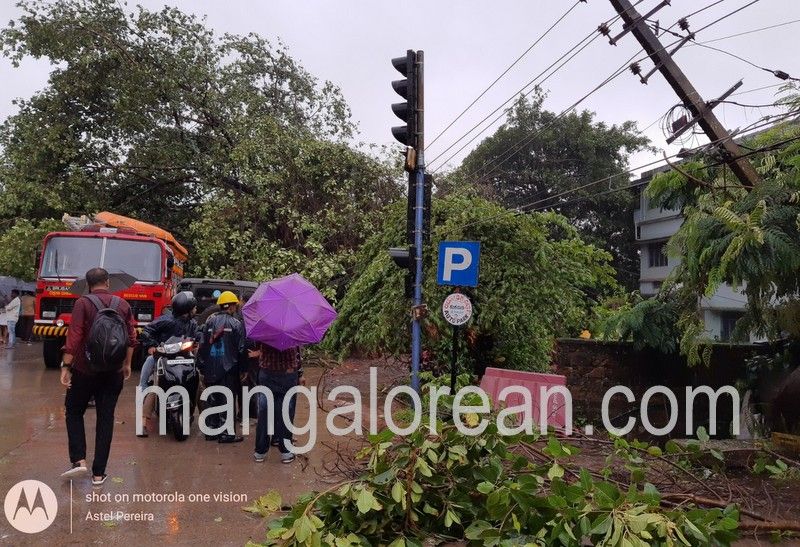 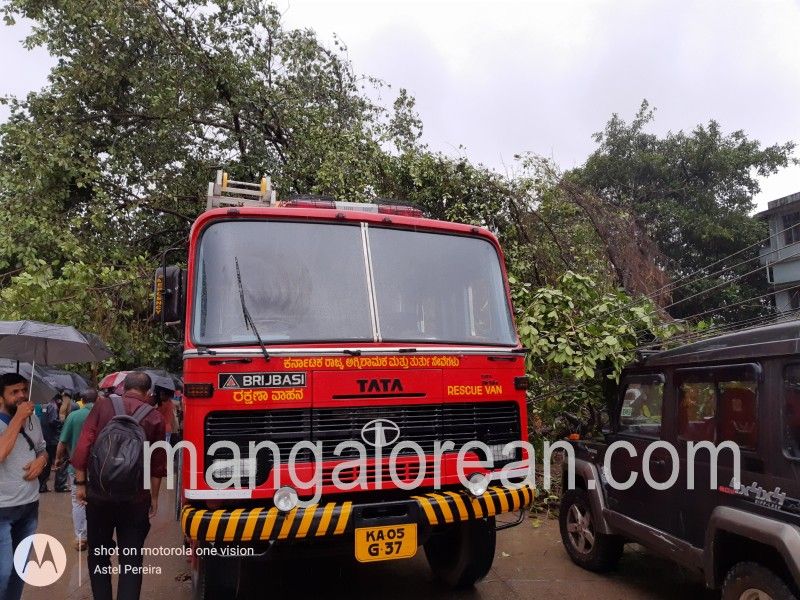 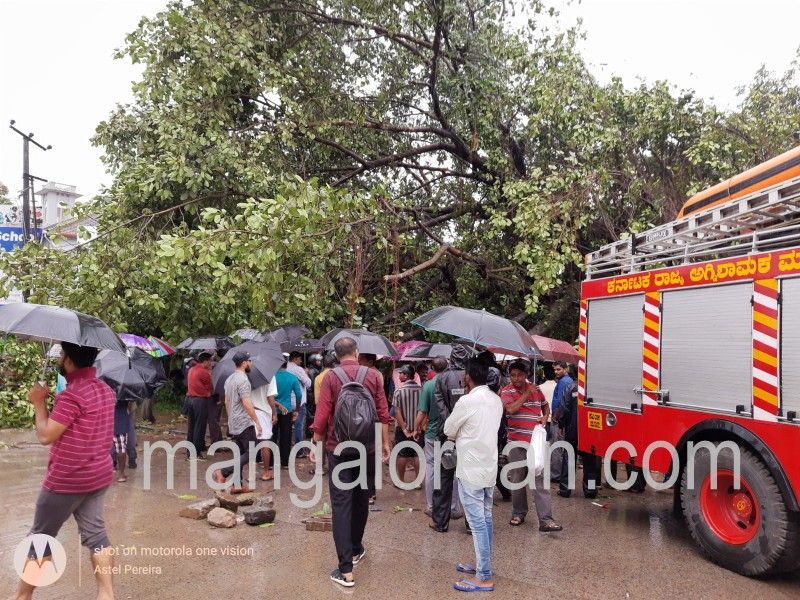 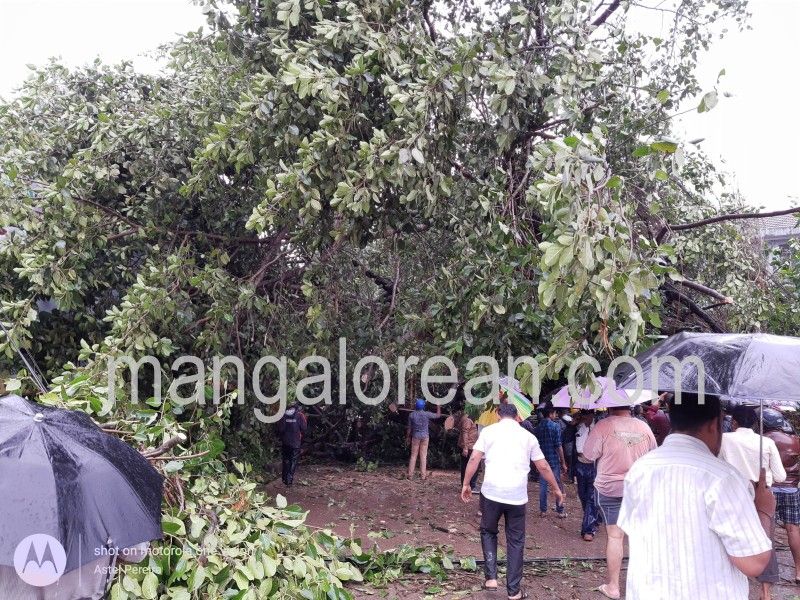 A bike rider was injured in his leg and he has been taken to the hospital for treatment.

Speaking to mangalorean.com Corporator Naveen D’Souza said, “There were many complaints about the Banyan tree which was posing danger to the road users as well as the auto drivers who were parking their vehicle in front of St Joseph’s School. But the environmentalists were not allowing to trim the branches. Today the banyan tree uprooted and one bike rider was injured in the leg. The MCC officials, fire services personnel and the traffic police along with the locals are working to clear the road.”

Naveen also said, “We have received many complaints about dangerous huge trees on the side of the road which are posing danger to the road users. We are ready to cut the dangerous trees but the environmentalists are not allowing us to trim the branches. They should understand the danger some of the huge trees pose to the public. Today the students were lucky since all of them were inside the classroom”.

Huge Banyan Tree Falls on Road at Kankanady, one Injured

Huge Banyan Tree Falls on Road at Kankanady, one Injuredhttps://www.mangalorean.com/huge-banyan-tree-falls-on-road-at-kankanady-one-injured/