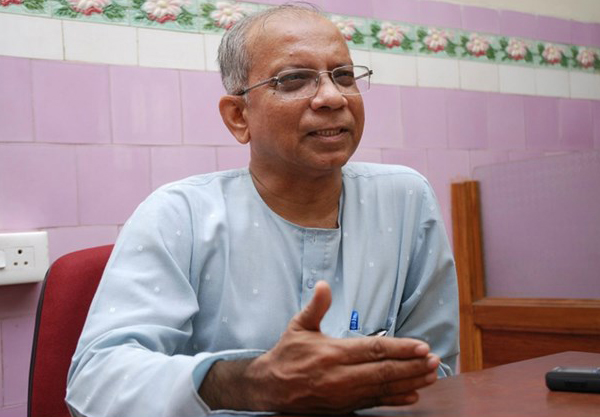 Fr. Cedric Prakash is a human rights activist and a Jesuit priest based in the city of Ahmedabad in western India. He is the director of Prashant, the Ahmedabad-based Jesuit Centre for Human Rights, Justice and Peace. He was named Chevalier of the Legion of Honor, one of the highest French civilian awards, acknowledging his commitment to the defence and the promotion of Human Rights in India. In January 2016, Cedric shifted his base to Beirut, Lebanon.

Other than this, Fr. Prakash has also been awarded numerous other awards – the Rafi Ahmed Kidwai Award presented for Humanitarian Work by the Indian Muslim Council, USA in 2003, the Kabir Puraskar conferred on him by the President of India for his work in the promotion of Communal Harmony and Peace in 1995, and the Minorities Rights Award by the National Commission for Minorities of the Government of India in 2006. He was one of the recipients of Mother Teresa Awards for Social Justice in 2013.

“May you have a time of silence and prayer before we bask in the JOYS of the Resurrection. Warm wishes and prayers”- Fr Cedric SJ