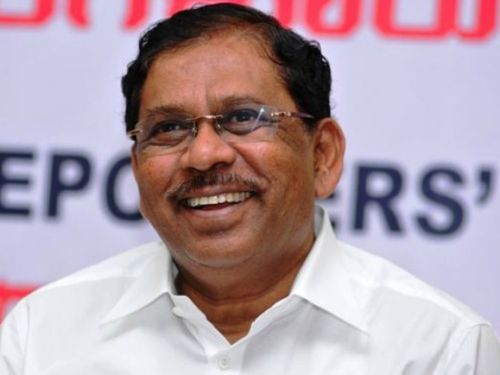 New Delhi: The Income Tax Department on Thursday conducted raids at former Deputy chief minister of Karnataka G Parameshwara’s house and other properties, evoking a sharp reaction from the Congress.

Around 30 locations connected to Parameshwara have been searched during the raids, sources told News18. The senior Congress leader has been implicated in a case involving a trust that was accused of amassing a large sum of black money for medical admission.

According to reports, a four-member team also conducted search and seizure operations at Siddhartha Group of Institutions, which is owned by Parameshwara, in Tumakuru.

Parameshwara said he was not aware of the raid. “I don’t know where they are doing it. Let them search I have no issue. If there is any fault from our side, we will rectify it,” he told reporters.

Taxmen also carried out raids on at a medical college and hospital in Kolar owned by former Union minister R L Jalappa.

Karnataka’s leader of opposition, Siddharamaiah, in a tweet slammed the raids and called them “politically motivated”. “They are only targeting @INCKarnataka leaders as they have failed to face us on policy & corruption issues. We won’t budge to any such tactics,” he wrote.

The series of IT raids on @DrParameshwara, RL Jalappa & others, are politically motivated with malafide intention. They are only targeting @INCKarnataka leaders as they have failed to face us on policy & corruption issues.We won’t budge to any such tactics!!

— Siddaramaiah (@siddaramaiah) October 10, 2019
The raids came hours before the convening of a three-day session of the Karnataka Legislative Assembly, in which the Congress is likely to raise the issue.