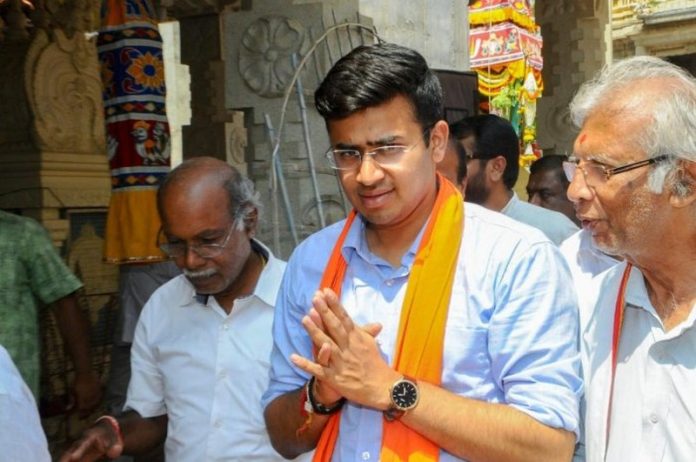 Bengaluru: BJP MP Tejasvi Surya stirred a controversy on Sunday after he claimed that most of the people protesting against the Citizenship Amendment Act (CAA) own puncture repair shops and are illiterate, who have not understood the Act.

In a veiled attack against Muslims and Dalits, who form a major group opposing the CAA and NRC, the Bengaluru South MP said at a pro-CAA demonstration at the Town Hall, “If you split open their chests, you cannot find even four words. These are the people protesting against the CAA.”

He said that people who own puncture repair shops on the roadside and illiterates are opposing the Act without understanding the Act. While the MP’s statement was received with cheers by the participants, it was widely condemned on social media platforms.

MP Tejasvi Surya was not alone. Chakravarthy Sulibele of Yuva Brigade also made a controversial statement saying Dr. B.R. Ambedkar had suggested Muslims to leave India and settle in Pakistan after the Partition.

Speaking at the townhall demonstration, he said that Dr. Ambedkar, considering the population, had suggested that Muslims should go to Pakistan.