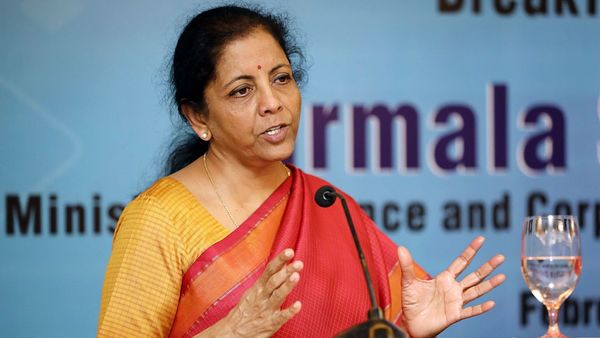 India announced major relief measures for non-resident Indians on Tuesday by relaxing a budget proposal to tax them, putting in place a threshold of Rs1.5 million for the levy of tax on incomes emanating from India, while leaving out global incomes from the tax ambit.

In her last budget presentation in February, Finance Minister Nirmala Sitharaman had proposed to tax global income of NRIs who are not taxed in any jurisdiction, but later clarified that only incomes of NRIs derived from doing business in India or undertaking a profession in the country will be taxed. This was by way of an anti-abuse provision against non-residents who don’t stay long enough in any tax jurisdiction to qualify as a resident and thus avoid being taxed.

In the latest move, the finance minister has now amended the budget provision to tax only those Indian citizens who have stayed in the country for a period of 120 days or more and had total income, other than from foreign sources, exceeding Rs1.5 million in the previous year. “The liability to pay tax on such deemed resident will be only in respect of business controlled in India or profession set up in India and that too when such income exceeds the threshold of Rs1.5 million,” analysts said.

“Even in such cases, it will only be this income earned from business controlled in or a profession set up in India that will be taxable in India and not the entire global income as was proposed in the Finance Bill. Thus, such Indian non-residents who are not paying tax in any country by reason of domicile/ residence or any other criteria, such Indian non-resident will be deemed to be resident but not ordinary resident. Consequently, there will be no liability to pay tax on foreign income,” said Dixit Jain, director, The Tax Experts DMCC.

Welcoming the softening of the tax measures, Business Leaders Forum, represented by the top Indian entrepreneurs and business leaders in the UAE, said BLF representation to the government on two counts was considered and accepted. As a result, the government has withdrawn “Deemed Resident of India” amendment and kept “largely 182 days stay in India to retain the NRI status except for some which is 120 days.” The Finance Bill, 2020 initially proposed to reduce such period of 182 days to 120 days for all.

“We are very happy that the Government of India has listened to our request and have made these amendments considering the needs of the NRI’s,” BLF said in a statement.
As per the new amendments, the tax deducted at source (TDS) rate on payment of dividend to non-resident and foreign company has been set at 20 per cent. Tax collected at Sources (TCS) of five per cent on foreign remittances will also be applicable from October 1, 2020, instead of the earlier date of April 1. Sitharaman also announced a slew of measures for extension of statutory and regulatory compliances in view of the Covid-19 pandemic spreading its wings and impacting the economy.

Dismissing fears of an economic emergency in the country, the finance minister said that the Economic Task Force will soon announce an economic relief package to deal with the impact of the coronavirus pandemic on the economy. These include: Debit card holders who withdraw cash from any bank ATM can do it free of any charge for next three months. There will be no charges on not keeping the minimum balance requirement. For Financial year 2018-19, last date for returns extended to June 30, 2020. For delayed payments made till June 30, interest rate reduced to nine per cent from 12 per cent. For delayed deposit of TDS, interest has been reduced to nine per cent from 18 per cent. Aadhaar-pan linking extended to June 30 from March 31.