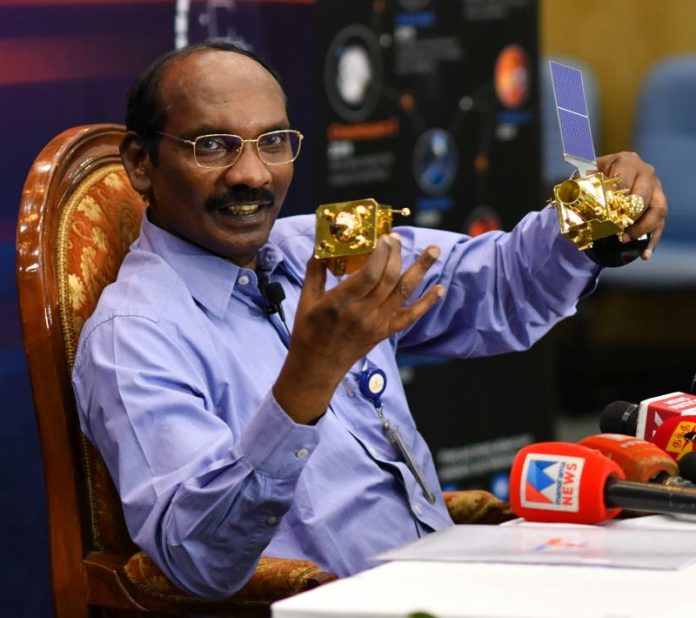 ‘India may have lost contact with moon on hard landing’

Bengaluru: Echoing Indian space agency Chairman K. Sivan’s hunch on the descent of lander Vikram being terrifying, a space expert on Sunday said its hard landing on the moon at a tilted angle could have snapped the communication link with the mission control here, 3.84 lakh km away.

“The contact has been lost because Vikram would have hit the moon’s surface hard at high speed and tumbled over rather than landing softly on its four legs as intended,” former Space Commission member Roddam Narasimha told IANS.

Though the Indian Space Research Organisation (ISRO) is yet to affirm what could have snapped the contact between Vikram and its Telemetry, Tracking and Command Network Centre (Istrac) on early Saturday, the 86-year-old veteran space scientist said the link would have been lost as the lander hit the lunar surface hard, damaging its half-a-dozen sensitive devices such as laser detection cameras, ka band and laser altimeters, and other vital sensors.

Sivan had announced in a tense mission control room that the communication link was lost when Vikram was 2.1 km above the lunar surface on descent mode as planned, and its performance was normal till then.

Narasimha said: “As the telemetry signals showed Vikram descending angularly as planned, going through the rough and fine braking phases with its four engines on, the lander deviated to the right for a while before getting back to the intended path. This could have delayed Vikram’s positioning in a vertical mode for soft landing.”

The hard landing would have also occurred if the four engines had not shut off when the lander was descending from 400 metres height and the central engine had not maintained the thrust to decelerate its speed for soft landing on a rocky surface in a hostile environment.

“If the four engines or thrusters, which were moving the lander downwards, did not stop burning during the fine braking and the fifth or central engine did not generate enough thrust to reduce its speed, a hard landing would have been a body blow to Vikram,” pointed out Narasimha.

Although the space agency on Sunday claimed to have found the location where Vikram had landed or crashed from a thermal image taken by its orbiter at 100km above the surface while spinning over its north-south poles, its health condition and the fate of its sensitive devices would be known only after analyzing the data and scanning the image.

The space agency did not confirm reports in a section of the media that the communication link between the lander and the orbiter was intact but not with Istrac through its Deep Space Network (DSN) at Bylalu.

“Even if the link between Vikram and the orbiter was intact, the space agency has to tell if the latter (orbiter) has relayed to the ground station the lander’s condition and what it has been relaying since it hard landed because they both have been programmed to transmit and receive telemetry signals through electromagnetic waves to perform the specific tasks as per the mission’s objectives,” said Narasimha, who served the space agency for the longest period (18 years) from 1994-2012.

“As the final descent is on an autonomous mode and in accordance with the required lunar conditions, the scope for manoeuvres at the last minute or in unforeseen circumstances in unmanned missions are limited,” he added.