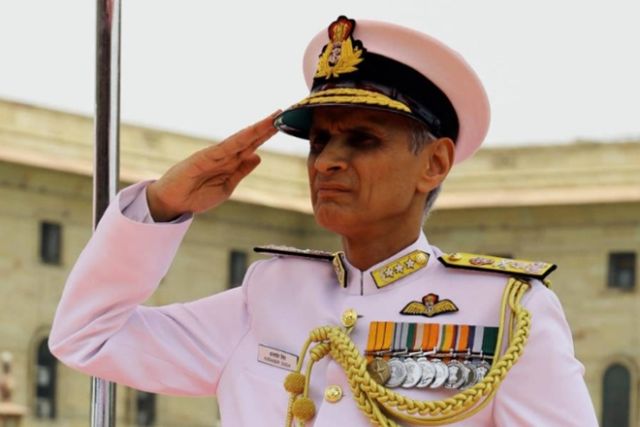 New Delhi: To strengthen relation between India and Myanmar, Indian Navy chief Admiral Karambir Singh is on four-day trip to Naypyitaw and other parts of the neighbouring country to bolster the bilateral maritime relationship.

“He is visiting Myanmar from February 17 to February 20. The visit is intended to consolidate and enhance the bilateral maritime relations between India and Myanmar,” said a senior Indian Navy officer.

He will also interact with the trainees of the National Defence College in Naypyitaw, and will visit the Naval Dockyard and Training Command of the Myanmar Navy in Yangon.

Myanmar Navy is a member of the Indian Ocean Naval Symposium and participates in the activities conducted under the symposium.

In addition, both the Navies also interact during maritime activities such as Admiral’s Cup, Goa Maritime Conclave and Exercise Milan.

In October, both the countries held a joint naval exercise at Visakhapatnam.

The joint exercises increased scope and complexity and is a testimony of growing maritime cooperation between the two navies.