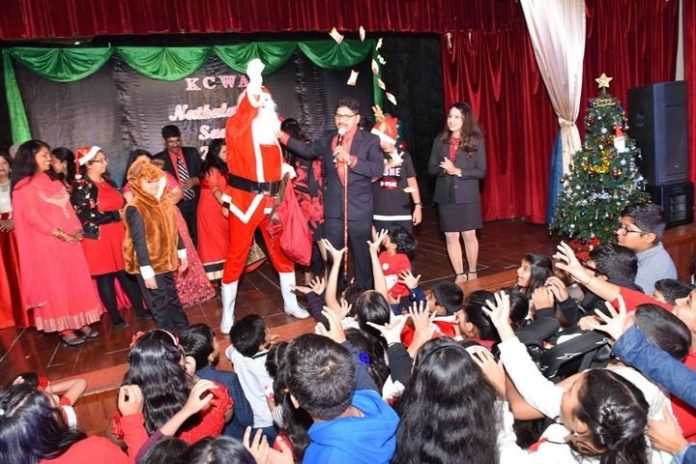 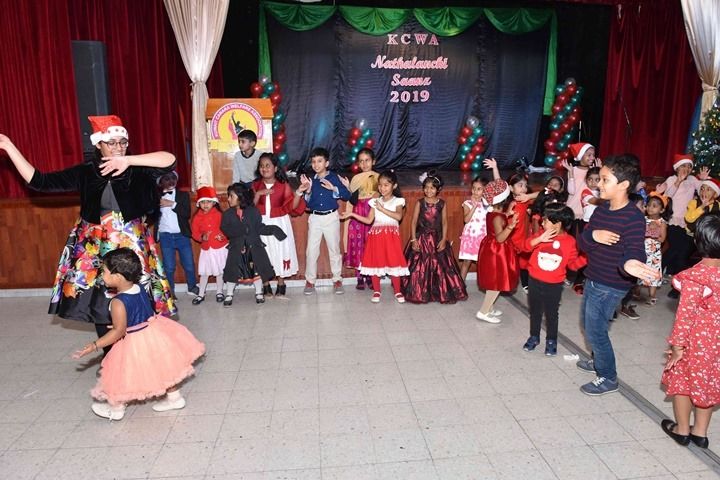 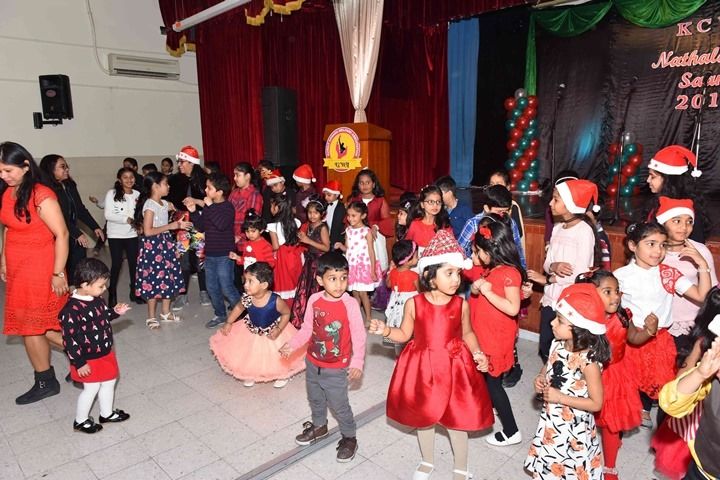 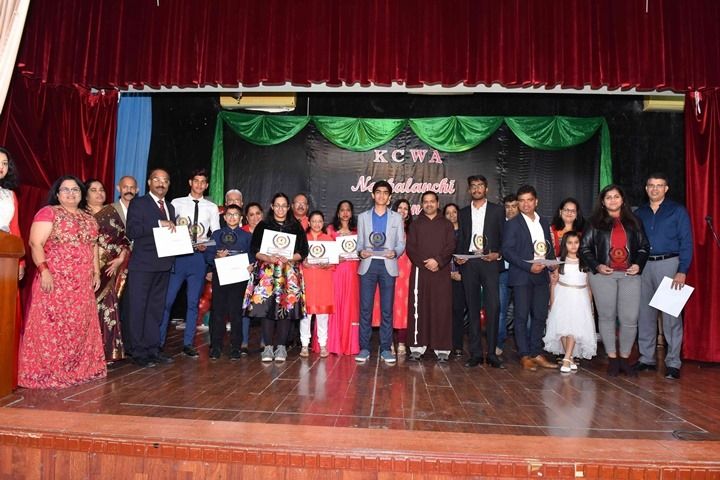 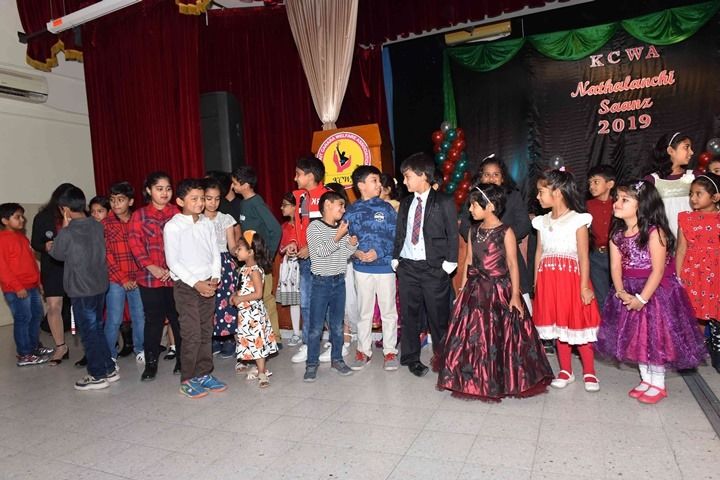 Winners (Juniors) of KCWA Talent Competition-2019 performed their dances. Melodious Christmas Carols were sung by Konkani Choir Salmiya (KCS) under the leadership of Kiran Gonsalves and Christmas Tableau performed by MaiBhas Salmiya students. Kuwait’s famous drama artist Lucy Lobo Aranha and team sailed the gathering into the world of laughter with their skit. 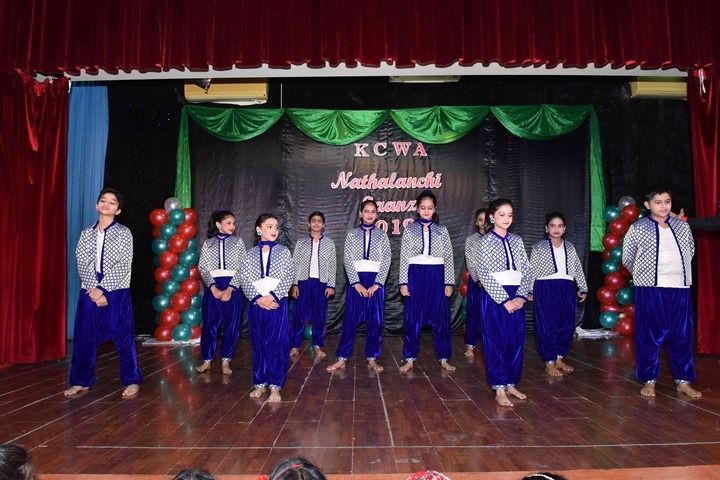 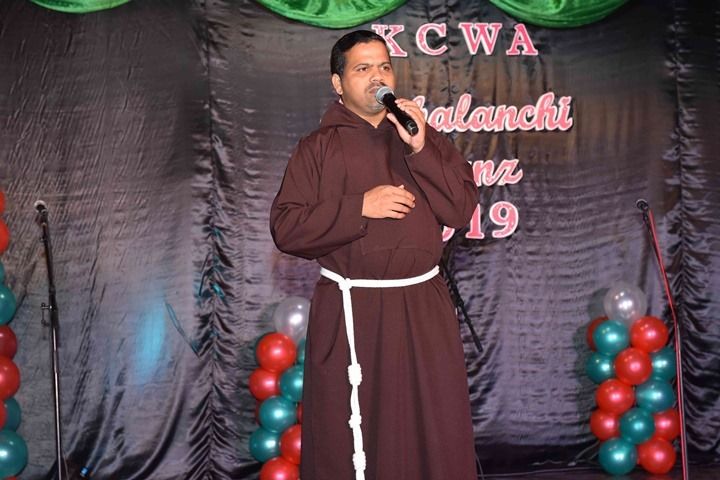 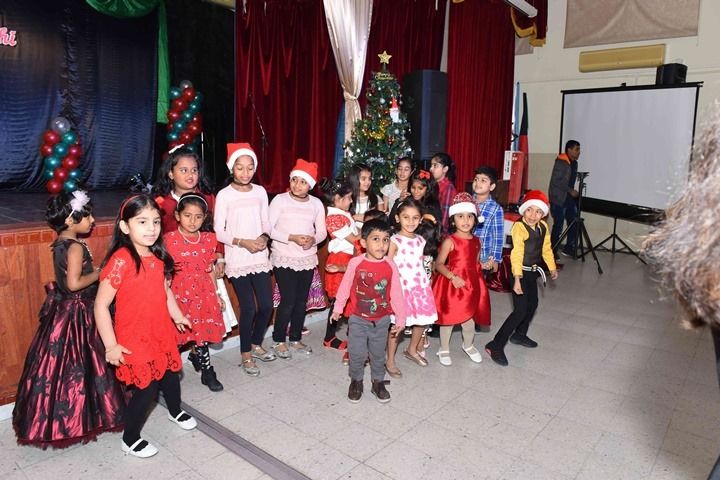 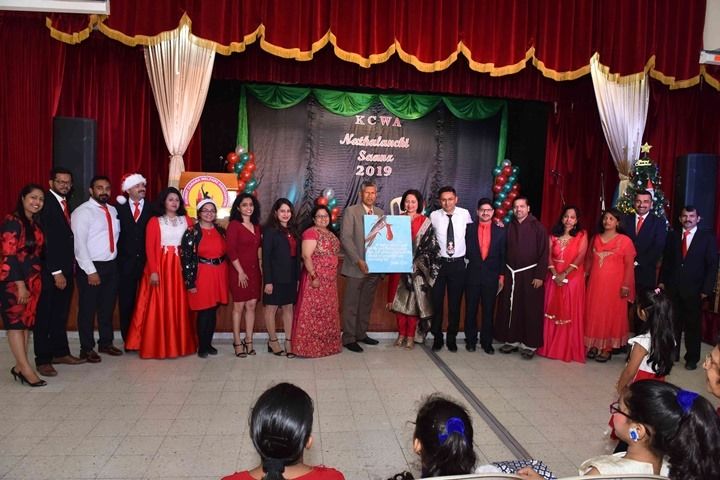 Spiritual director Fr. Noel D Almeida delivered the Christmas message to the gathering. Children were excited as the Santa made his entry. Goodies were distributed to the kids.

Christmas Hamper draw was conducted by Anil Fernandes and Manoj Rego with fabulous prizes during the event. Highest hamper sellers Arun Jossy D Souza and others were honoured with gift vouchers by John Ida D Silva and President. 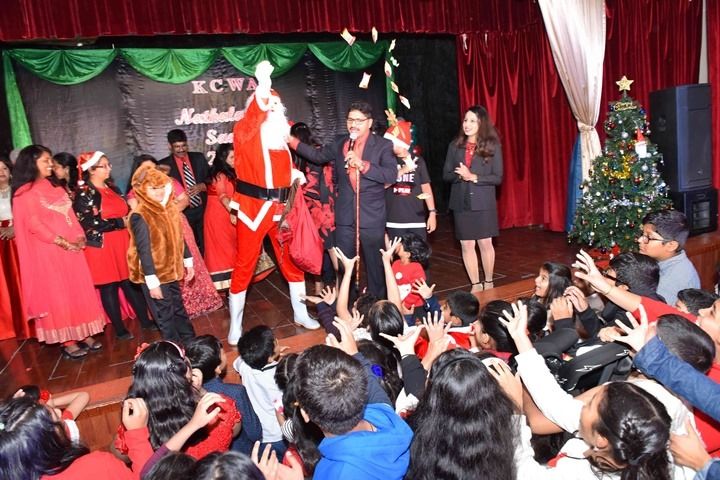 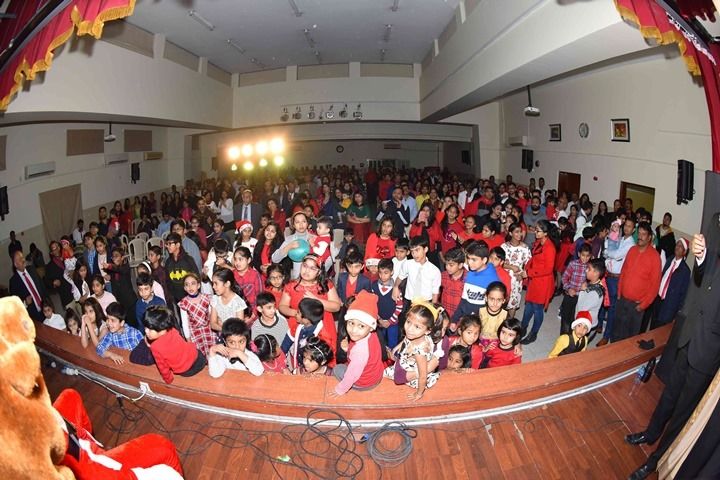 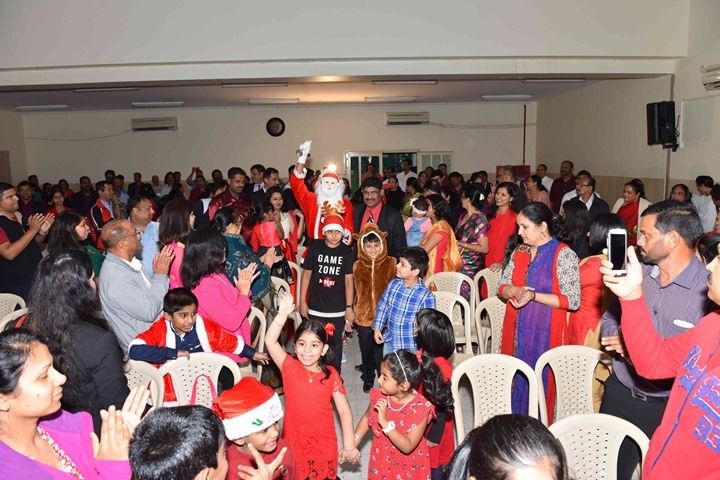 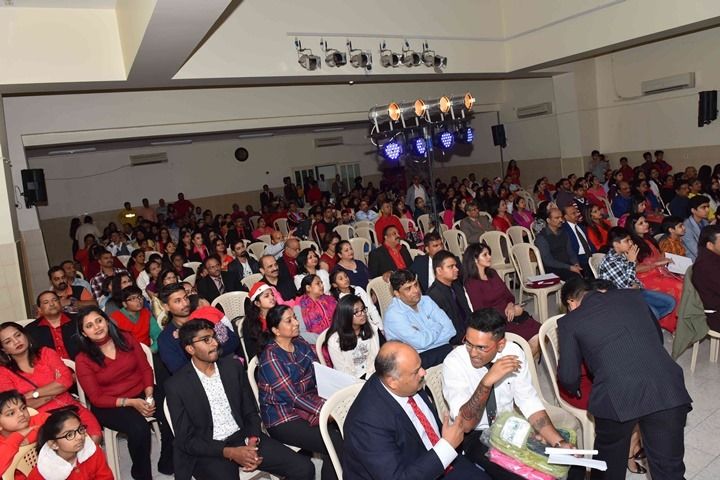 The painting was auctioned among the audience by Manohar Prabhu. Richard and Jacintha Monteiro have won the painting auction. Various spot games conducted for the kids and adults.

President Maria Rinna D Souza proposed the vote of thanks. Children recited grace before the meal. KCWA in a very special way would like to thank Donors and well-wishers who supported this event with their generous contribution.

Alban D Souza captured the whole event with his skills in photography. Sumptuous dinner was served by Caesars Group of Restaurants. Anand D Souza of Waves Events and Engineering provided Lights and Sounds and foot-tapping music was arranged by Hywel Pinto. The programme was well compered by Deepak Andrade and supported by Jeneviv D Souza and Cheryl Furtado. The entire event was coordinated by Harrison Monteiro, Victoria Dsouza, Deepak Andrade and well supported by KCWA Managing and Support Committee Members.