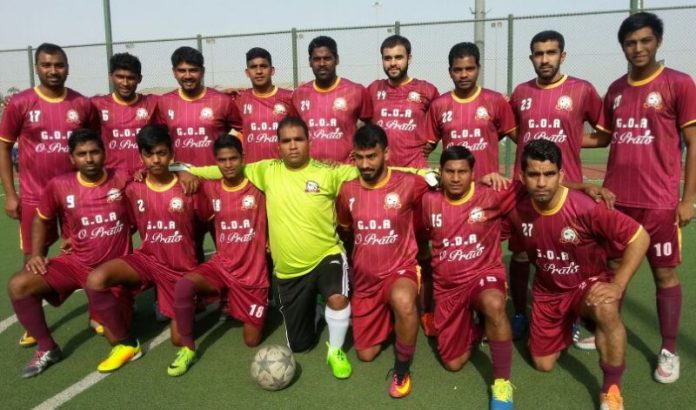 Kuwait: The much awaited JP D’Mello Rolling Trophy KIFF League final for season 2017~18 will be played on 29th June 2018, 6.00pm at Bayan Grounds between Kerala’s AKFC vs Goa Maroons.

The final is sponsored by Gulf Cable & Electrical Industries Company.

KIFF President Mr. Derrick Gomindes stated that a number of dignitaries are expected to attend the final. An exhibition match of young, budding kids will be played prior to the final game.

The year-long ‘desert’ league which usually begins in October is played in extreme climatic conditions – sometimes in winter-cold as low as 2°C and summer temperatures soaring up to 50°C.

Initially, the league consisted of 14 strong teams that included 3 new entrants. Teams were divided into 2 groups playing in a round-robin league. Top 4 teams from each group qualified for the knockout phase.

In the grueling league, players, coaches and teams give their best throughout the season to ensure they are top of their game. Players and organizers of the teams spend many hours fueling their brain and going over tactics, working on their confidence and motivating themselves and teammates to prove it on the field.

Apart from the 11-aside League, other 11 aside and 7-aside tournaments are also conducted by KIFF every Friday.

A Founder Member of the federation, J.P was the prime architect in conceiving the idea of forming KIFF. His memory is kept alive by KIFF through affiliated Indian clubs by naming the KIFF League after him.