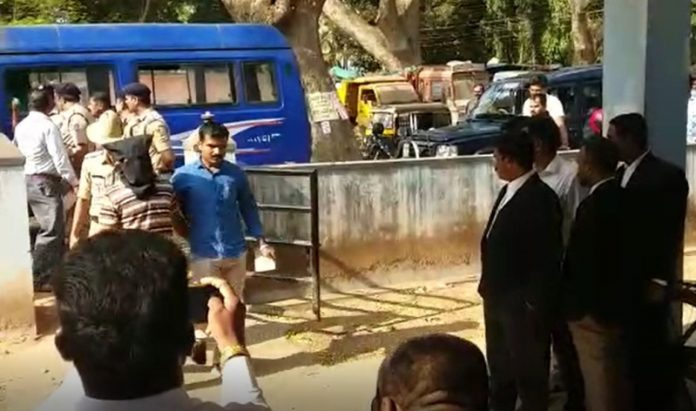 Kundapur: The arrested Six accused including Kota Zilla Panchayat member in the double murder case were produced before the Kundapur Additional JMFC court here on Friday. February 8 with tight security.

After the hearing, Kundapur Additional JMFC court judge remanded all the 6 accused to police custody until February 15.

On January 26 late night two youth Bharath (25) and Yathish (26) were brutally murdered with lethal weapons by the accused Rajshekar Reddy and Chandrashekar Reddy during a fight that erupted over the digging of a toilet pit at Manoor in Kota, Udupi District.