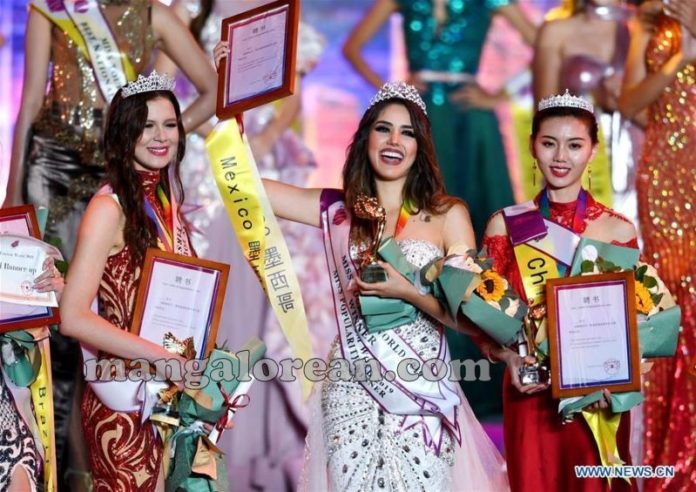 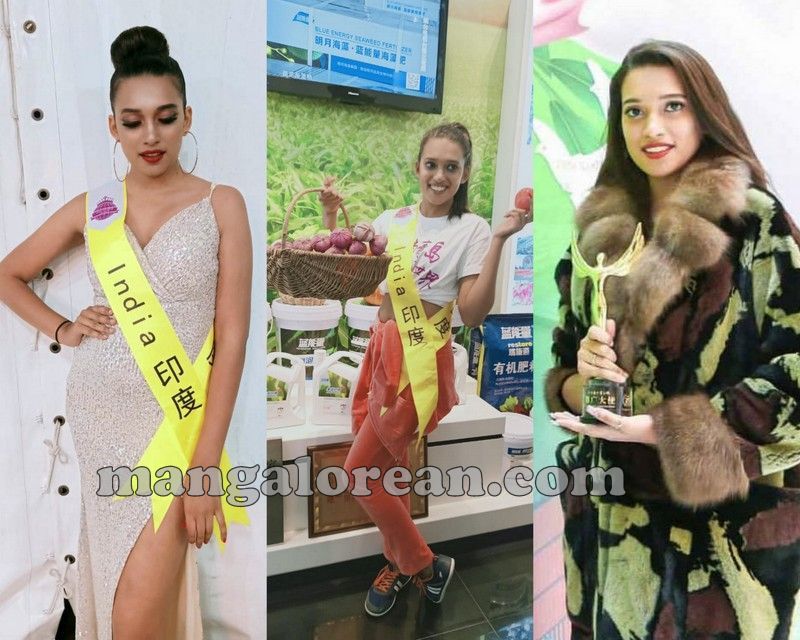 Co-hosted by Qingdao Municipal Bureau of Culture and Tourism and the organizing committee of the Miss Tourism World Global Finals, the 12-day event was participated by contestants from 67 countries and regions, such as Russia, the United States, France, India, and involved activities such as photo exhibitions, fashion shows and an opening ceremony. Considered the world’s third largest pageant after Miss Universe and Miss World, the event aims to promote cultural exchanges and tourism cooperation between countries. 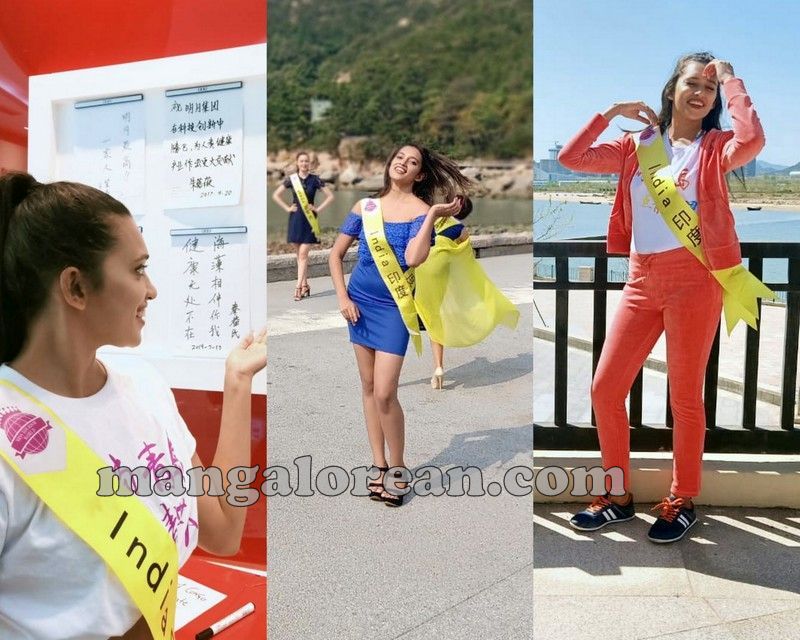 The local government considers the grand event an opportunity to promote Qingdao’s rich tourism resources, culture and history, ranging from unique scenic areas to intangible culture heritage. It is also striving to promote Qingdao as a home-port for cruises such as the Italian cruise line Costa. During their stay, all candidates took part in a series of cultural activities such as photo exhibitions, fashion shows and public-spirited events. At the opening ceremony on Sep 27, the participants made their debut at the Qingdao Olympic Sailing Center. 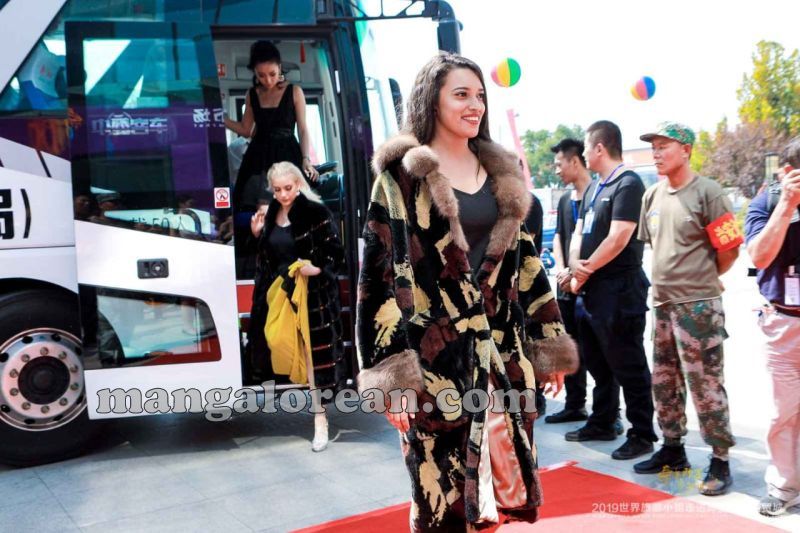 One of the contestants in this “Miss Tourism World 2019″was “Miss South Asia Teen 2017” and “Miss Glory of Galaxy 2018” Josita Anola Rodrigues who made her 1st debut in Konkani flick ‘Zanvoy No 1’. Following her dreams, Josita entered first beauty pageant at the age of 16 . Speaking to Team Mangalorean before leaving to take part in the Miss Tourism World Pageant, Josita said, “It was the Miss India Beauty contest where girls from different places were competing. At the age of 17 Shubhakiran Mani of Sizzling Guys (Dance Group) introduced me to Charan Suvarna of Fashion abcd, where I cleared the audition of Miss South Asia and in the finale I was crowned the title of Miss South Asia Teen 2017. Then I was selected to represent South Asia in the 10th World Super model at Macau”. 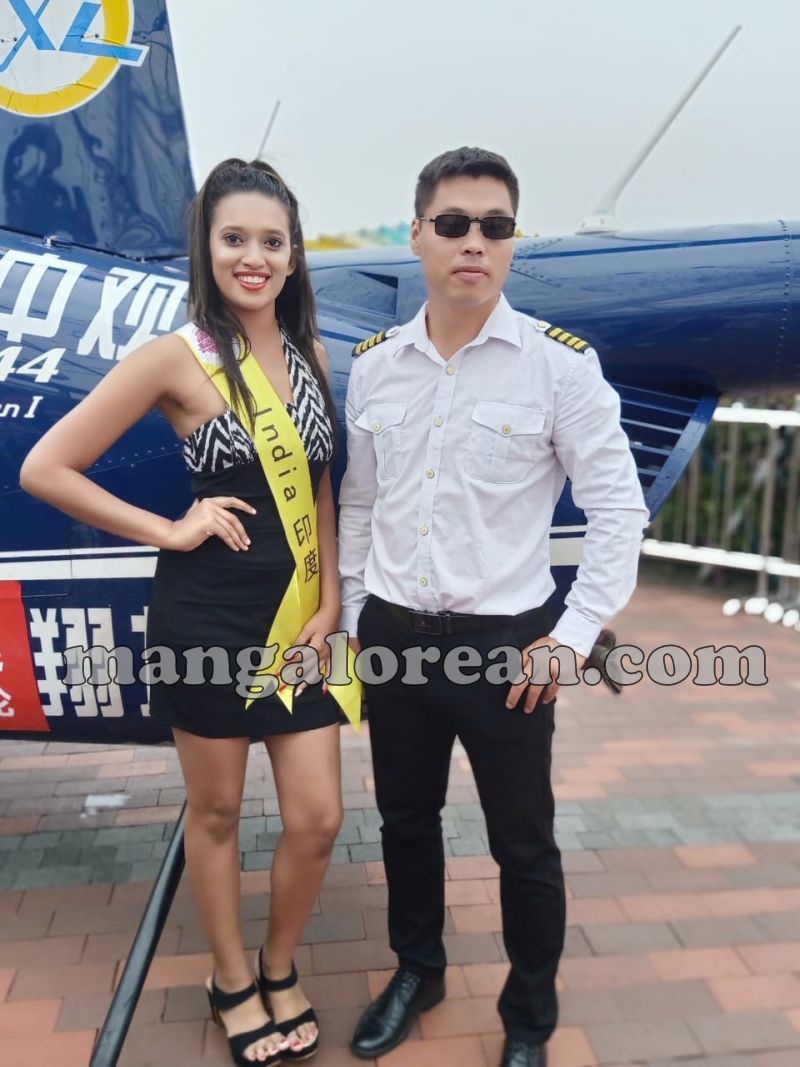 ” Now about representing India in Miss Tourism Worldwide, I am absolutely thrilled! It is both exhilarating and challenging. Taking part in international contest and getting everything done before the deadline, is definitely not an easy task. Where as on the other I have my inspiration actress Sonal Monteiro grooming me and Charan Suvarna and his wife Anupam Suvarna and Shubhakiran Mani are guiding me throughout. Although I had an amazing experience in my previous pageant, the doors has now opened up new opportunity for me .I was crowned on 28th July 2019 as Miss India Tourism Worldwide I strongly believe that if you follow your passion, success follows you” added Josita. 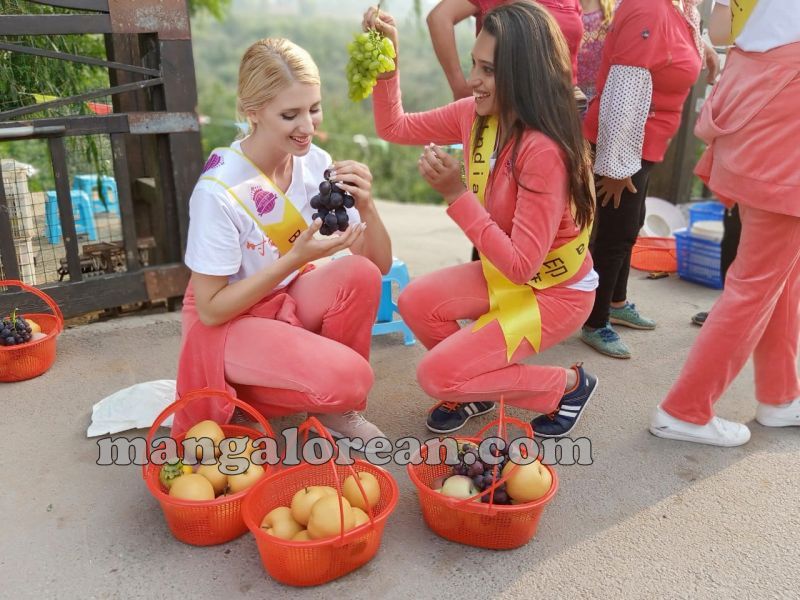 Mirror..Mirror on the Wall..Josita is the prettiest among all, who has a winner in quite a few beauty pageants ! Fringe or no fringe, for this gorgeous, ravishing and stunning Mangalorean lass with a lot of gusto and a resplendent personality, Josita Anola Rodrigues had outclassed the rest of the contestants to win all these titles in the past. the titles. Gorgeous, honest and extremely talented are the few words that could describe Josita Rodrigues, and her honesty and positivity seems to be pretty impressive. And once again she has proved her talents by winning the “Promotion Brand Ambassador” of Miss Tourism World 2019 Title, for which Mangaloreans should be proud of this young beauty of Kudla. 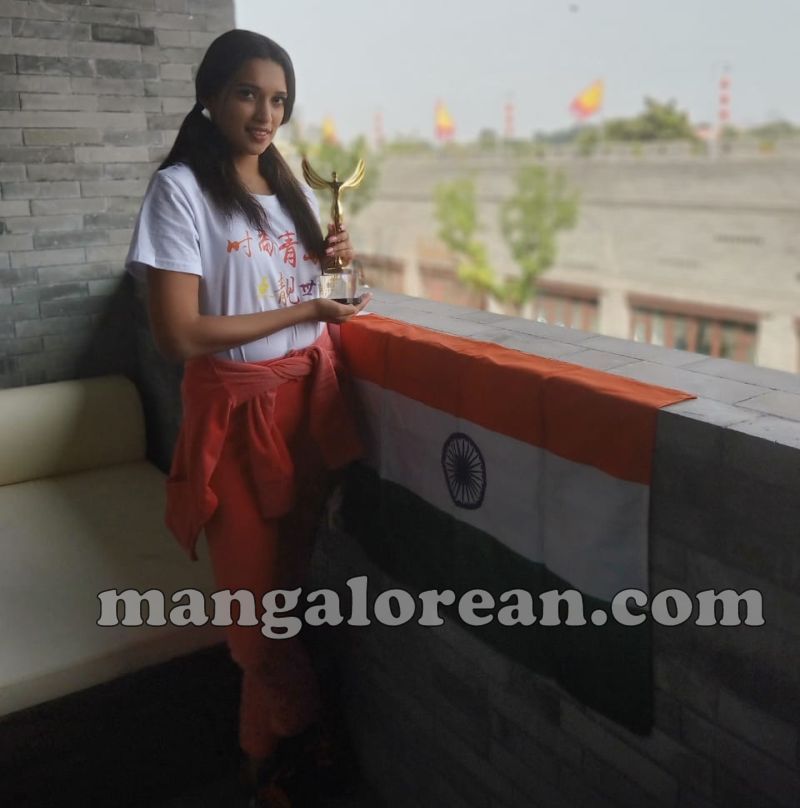 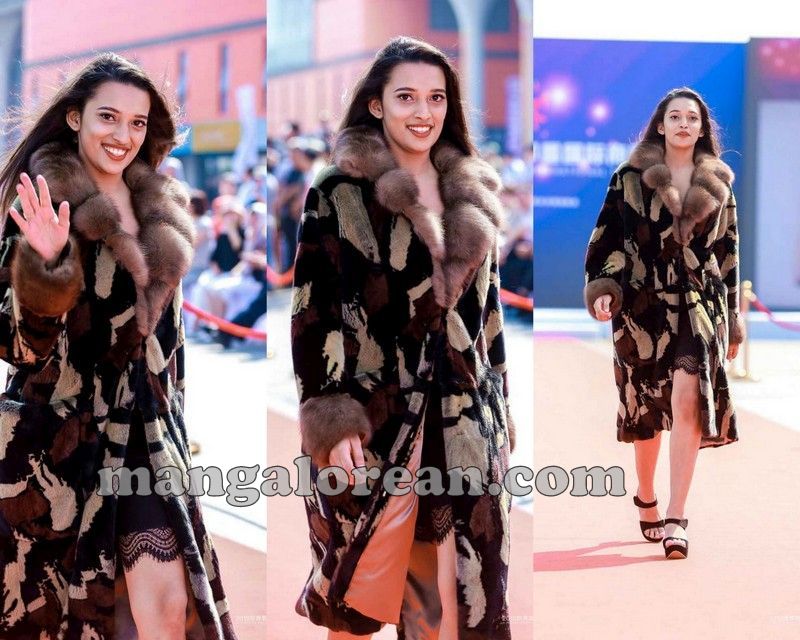 With a stunning personality, anyone would envy Josita’s superb physique and flawless skin. She seems incredibly sharp, intelligent, confident, and poised, and she was unbelievably pretty. Being a winner in the past modelling/beauty pageants have made her dreams come true, and now she is just trying to appreciate every single moment of her invaluable accomplishments so far. She has always understood fashion and style to be an expression of the unique and beautiful inner self of each individual person. Her style prior to this pageant was exactly that. Her simple and modest demeanor translated into the sense of fashion which she appreciates herself. 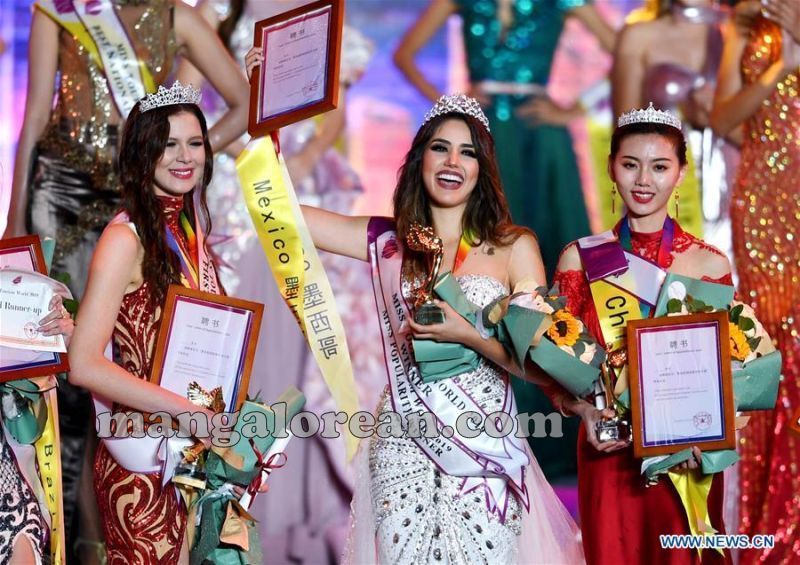 Ever since she got selected in the beauty pageants she has found that her sense of style has become more expressive of who she is. She attributes her success to Ms Anupama Suvarna and Charan Suvarna of Fashion ABCD who along with actress Sonal Monterio groomed her to be a perfect model to compete in the forthcoming Beauty pageant in Singapore. 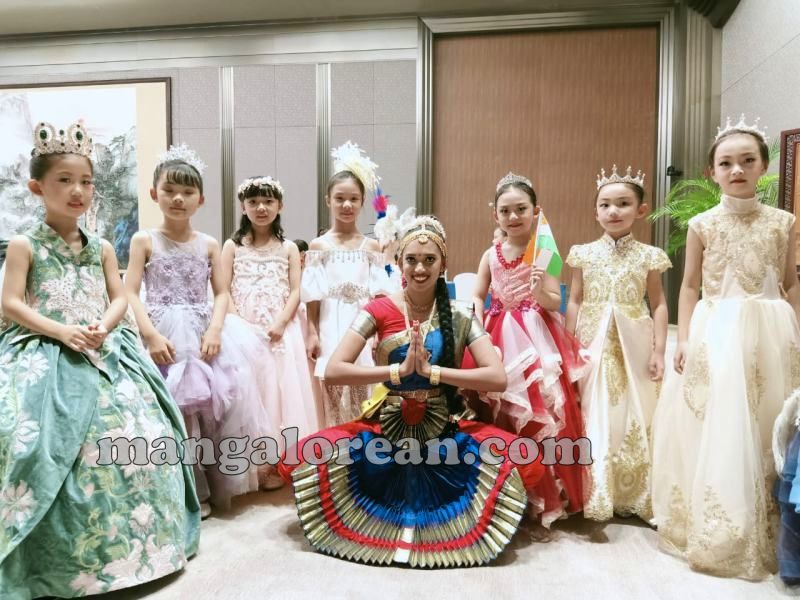 Josita Anola Rodrigues born on 2 March 2000 in Mangaluru, is the daughter of Wilfred Miranda, a entrepreneur, and Anitha ‘Lobo’ Miranda, a home-maker, residing at Kodialbail in the City. After her high school studies at St Aloysius High school, Mangaluru, she is presently doing her II PU at St Aloysius PU College, Mangaluru. Her hobbies are dancing cooking, singing, acting, modelling and fun things. Apart from acting in Konkani film “Zanvov No 1′. Josita has acted in Tulu Mega Serial “Deverna Daye”, and had received huge compliments for her performance in it. In 2017, she had bagged an invitation from Belgian actor and film Director Fredrick De Vos for his upcoming Hollywood movie. She is now looking forward to the unlimited opportunities that might open up once she enters Hollywood, and plans to take a decision about continuing in the field based on the success of her debut in a Hollywood movie.