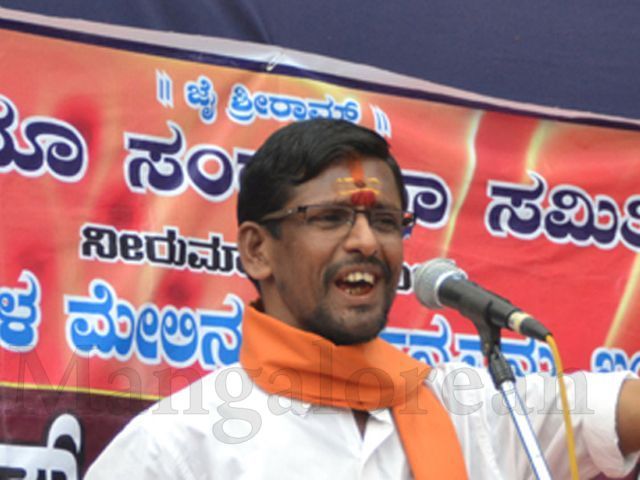 Kasaragod: Kuntaru Ravish Tantri is a familiar face at any Brahmakalashotsava, temple renovation and other rituals or is even an eloquent speaker at any protests against alleged injustice against the Hindus in southern parts of DK or in Kasaragod district.

The Bharatiya Janata Party appears to have recognized his crowd-gathering capacity and wants it to be converted into vote-catching potential.

The party insiders revealed to our correspondent that his name was among the 51 names shortlisted by the national executive as candidates for the forthcoming assembly elections in Kerala.

Interestingly, the source said that the party’s district unit was not consulted in the matter of Tantri’s selection. Nor does the district unit know the other names on the list of 51.

At the request of the state unit, the district unit had sent the names of Pramila C Naik, K Surendran, P Ramesh, K Shrikant and Sanjeeva Shetty.

One of the aspirants revealed to our correspondent that the party’s decision to field Tantri was a desperate attempt to polarize the votes in its favour.

He pointed out that there is a large number of upper-caste communities in Kasaragod district, He did not fail to question the propriety of a ritualist ‘tantri’ getting into active politics.