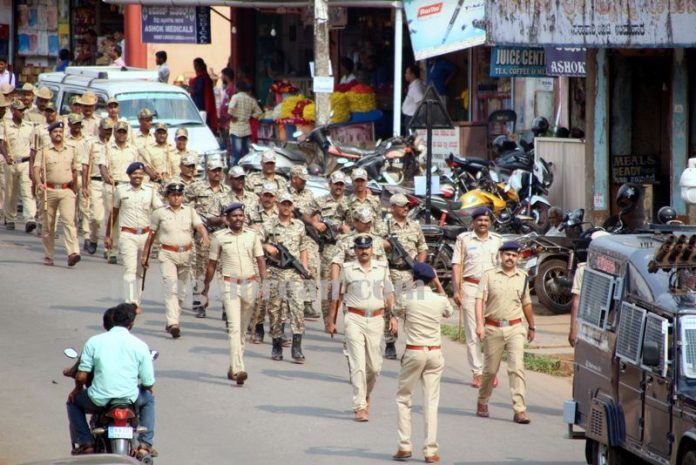 Karkala: The Police took out a flag march in the Karkala City on Wednesday to instill confidence in the people so that they can cast their votes without fear for the Lok Sabha elections to be held on April 18.

The Police team led by RSI Sahadev with the lathi-wielding police personnel began the march from Ananthashayana Temple to Bandimata Bus-stand.

According to the district police, this is a confidence-building measure to tell the voters that we’re very much here to provide security to every voter and the entire village. Since we’re keen on ensuring peace, especially during the elections on April 18, every voter should exercise his/her franchise without any fear”.