Udupi: The Lokayukta has decided to investigate the Kondadi Koraga Colony Scam of Udupi district and issued a notice to the concerned officials of the Integrated Trible Development Project (ITDP) asking for explaination to the complaint received from the Koraga community said Dr. Ravindranath Shanbhag, President, Human Rights Protection Foundation, Udupi.

Speaking to media persons at a press meet held at the Vaikunta Baliga Law College on July 17, Shanbhag said, this is a sad story of 23 families of the Koraga Community who have been running from Pillar To Post to get possession of the sites allotted to them 9 year ago. Recently, the Lokayuktha had initiated an enquiry of the Kondadi Koraga Colony Scam on the basis of the complaint filed by the site applicants.

The State Government had announced the scheme way back in 2010, for uplifting of the backward Tribal communities, locally known as “Koragas” The concerned Department identified different Government land for the purpose and selected 2.61 acres of land in survey no. 229 of Bommarabettu village in Udupi. 23 families of the Koraga Community were selected for this residential colony. 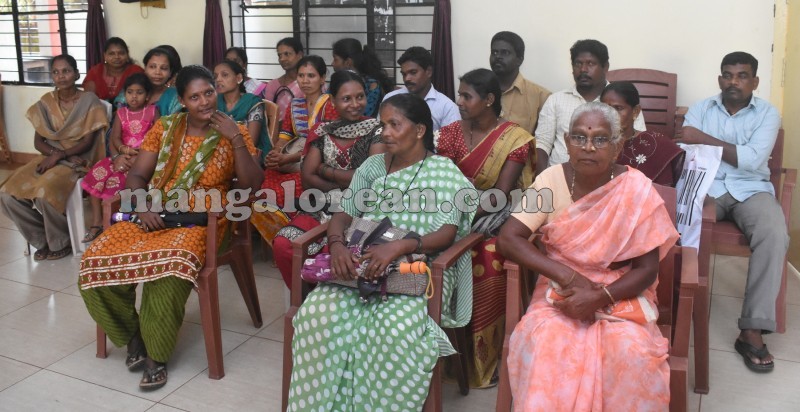 On the auspicious occasion of the Independence Day in 2011, in the august presence of District Minister and MLAs, allotment letters were handed over to these hapless backward families.

Ever since, these allottees are running from pillar to post, to take possession of the allotted piece of land but with little success. Eventhough they knew the Survey number of the allotted land they could not trace the site allotted to them and had to approach the in-charge Officer of the Project on several occasions. There were no roads or any other amenities available there.

In 2012 the allottees were informed that the Government had sanctioned Rs 1.5 lakh for leveling the uneven land allotted for this project. It was also reported that Rs 97,000 out of this had also been released by the Authorities. But no work worth mentioning was undertaken on the land. The
Koraga Bandhavas who received the allotment letters approached the concerned Ministers and other people’s representatives several times in this connection apart from approaching the concerned District authorities. But to no avail. Whenever approached, these dignitaries were only directing the officials to do the needful without even counter checking whether the instructions given were followed. 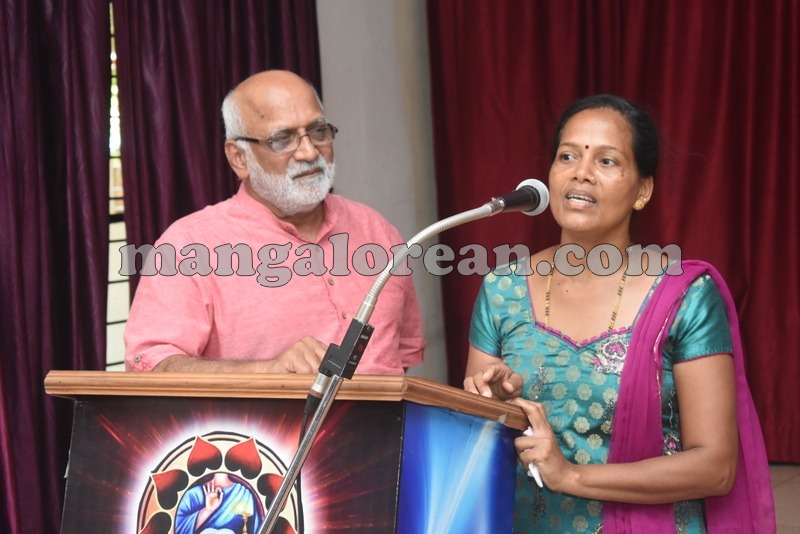 Again in 2013-14, there were reports of Rs.3 lakhs released for the same cause. But the outcome of all these sanctions and releases is little known to the allottees. Again in 2018 Rs 50 lakhs was sanctioned and released to provide infrastructure such as road, water, electricity and drainage. But even to this date none of the amenities have been provided.

With all such developments, recently the Lokayukta issued a notice to the concerned officials of the Integrated Trible Development Project (ITDP) asking for an explaination to the complaint received from the Koraga community. Only a detailed investigation shall reveal the complete factual position.

Efforts made by the Applicants in the last two years to get justice.

1. On 13th Nov. 2017, when many of the allottees were working in the land allotted at Kondadi, the Chief of the ITDP Ms. Lalita Bai and her collegues visited the area and took some photographs and informed them that the matter would be reported to the DC. But further developments are not known.

2. On 23rd Nov.2017, the then Deputy Commissioner came to the site along with Vishwanath, the Manager ITDP and Engineers. The applicants explained to the DC about the efforts made by the allottees and the expenditure they had incurred for leveling the ground from their own limited funds. The DC then promised the applicants that the pending work would be completed in ten days’ time.

3. Even though the Survey Officers from the Govt. Dept. visited the area on 24th Nov.2017 and measured all the land and took details, nothing is known of further progress.

4. On 11th Dec.2017, on enquiry Ms. Lalita, Officer, ITDP, informed the applicants that she would enquire and let the allottees know the Developments if any. But then there is no information from her even to this date.

5. On 12th dec.2017 when contacted Mr. Vishwanath Manager ITDP said that the plots would be marked in just two days. But nothing has happened in the next 18 months.

6. On 20th Jan.2018 when Mr. Vishwanath was contacted personally in his office by Mr. Ravi, one of the Community members, he was very confident that the work had already been completed at their end and that the pending work if any will be completed in a very short time.

7. On 9th March, 26th June, and 27th Nov.2018 detailed letters were written to the Deputy Commissioner explaining that the ITDP office and their staff had become completely docile and disinterested. Copies of these letters were given to the concerned office too. But things did not move an inch.

8. On 8th Jan.2019, when the Office Bearers of the Kondadi Girijan Colony Allottees visited the site, they were surprised to notice the laying of foundation in one of the plots. They were aghast with this development.

9. On 18th March 2019, when all this efforts did not yield any results the Koragas decided to approach the Lokayuktha.