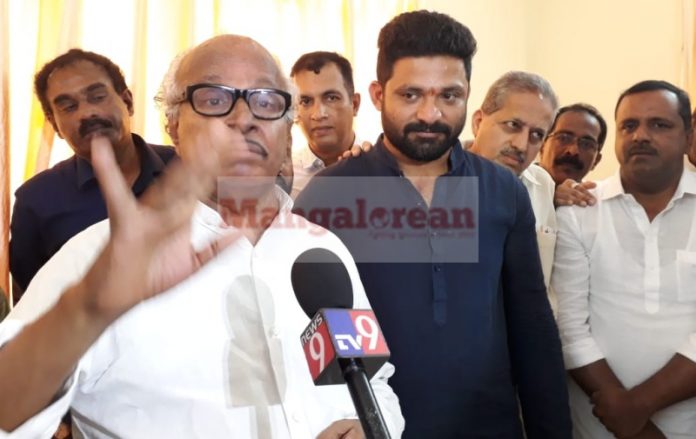 Mangaluru: MP Candidate from Congress Mithun Rai visited senior Congress leader B Janardhan Poojary on March 25 at the Kudroli Sri Gokarnanath Temple and craved his blessings for success in the Lok Sabha elections which will be held on April 18.

Janardhan Poojary further said, “The high command has given a good candidate. Mithun Rai is a winning candidate, after serious discussions and evaluation, the party has fielded the best candidate. People will surely bless Mithun and I will accompany him during the campaign. I had a dream in which Lord Shiva said that Mithun will win the forthcoming elections. You are egoistic while you are in slumber, get up and bless Mithun. Lord Shiva has said that Mithun will surely win.”