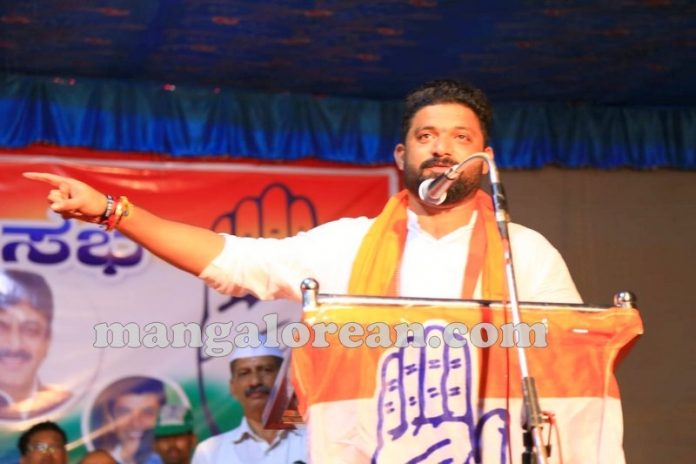 Beltangady: The Congress leaders started the election campaign by holding a road show from Beltangady on April 1.

The minister of Irrigation and the troubleshooter D K Shivakumar was the main attraction of the roadshow. Party workers gathered in large numbers for the roadshow. D K Shivakumar along with Minister U T Khader. District Congress President Harish Kumar accompanied MP candidate Mithun Rai in an open vehicle during the roadshow that started from Santhekatte Beltangady, near Ayyappa Mandir.

The Congress party workers and people thronged the Beltangady streets to greet Mithun Rai, who is contesting the Lok Sabha elections for the first time. It was a massive road show of strength for the Congress.