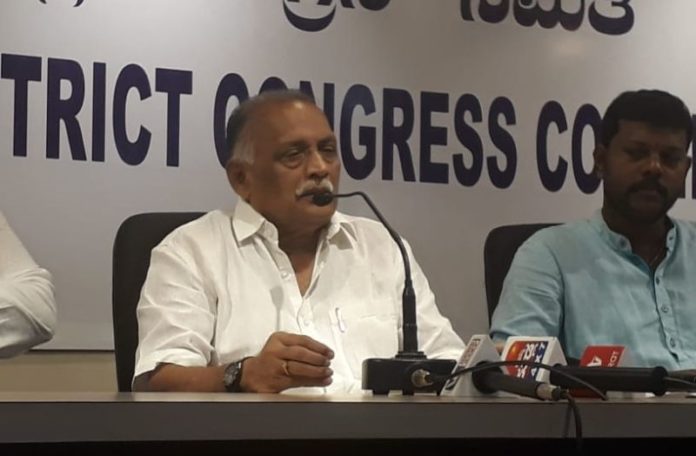 Mangaluru: “Beltangady ha suffered huge losses due to heavy rains. The western ghats have collapsed and many bridges and dams have been damaged. People living along the river sides have lost their property and crops. We urge the CM to provide a Madikeri model package as compensation to those who lost their houses and property”, said former minister Abhaychandra Jain in a press meet held at the District Congress Bhavan, Mallikatta here on August 14.

Addressing the mediapersons Abhaychandra Jain said, “Myself along with the former minister U T Khader, Ramanth Rai and other leaders visited the flood affected areas in Beltangady. We met the people who have lost their houses and crops. Last year due to heavy rains in Kodagu people lost their property and crops and the government had compensated them. We urge the CM to compensate the people of Beltangady affected by foods the same way as the people of Kodagu who were compensated last year.”

Abhaychandra also said, “I congratulate Chief Minister Yeddyurappa for visiting the flood affected areas and assuring compensation to the victims. The CM jas also assured of providing rent Rs 5000 per month to those who have lost their houses partially and Rs 10000 per month to those who lost their houses and crops. We have decided to meet the CM in Bengaluru and request him to provide special compensation to the Beltangady flood affected families in the Kodagu model.”

Congress leaders Vishwasdas, Raghuraj and others were also present.