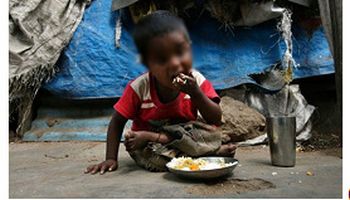 One of the main causes of malnutrition in India is economic inequality. Due to the low social status of certain people, their diet often lacks quality and quantity. Malnourished women are less likely to have healthy babies. Undernutrition can cause long-term damage to individuals and society. Individuals who are less nutritious are more likely to develop infectious diseases such as pneumonia and tuberculosis than their malnourished peers, leading to higher mortality. In addition, undernourished individuals are less productive at work. Low productivity not only makes their low wages fall into a vicious circle of undernutrition but also brings inefficiency to society, especially in India, where labour is the main input factor for economic production. On the other hand, excessive nutrition can have serious consequences. In India, the national obesity rate was 14% in 2010, 18% in men, and 40% in some urban areas. Obesity can lead to non-communicable diseases such as cardiovascular disease, diabetes, cancer and chronic respiratory diseases.

In general, the poor have a risk of undernutrition in India, while those with higher socioeconomic status are more likely to over-nutrition. Anemia is negatively correlated with wealth.

In terms of child malnutrition, children in low-income families are malnourished compared to children in high-income families. Some cultural beliefs that may lead to malnutrition are religions. These include the influence of religion, especially in India, which bans the consumption of meat. In addition, other Indians are strictly pure vegetarian, which means they do not consume any kind of animal products, including dairy products and eggs. This is a serious problem when eating insufficient protein, as 56% of poor Indian households consume cereals for protein. It has been observed that the type of protein contained in cereals is not the same as that contained in animal products (Gulati, 2012). This phenomenon is most prevalent in rural India, where absolute levels are malnourished. Whether children have proper weight and height is highly dependent on the socioeconomic status of the population. Children in families with lower socioeconomic status are facing suboptimal growth. Although children in similar communities show similar levels of nutrition, depending on the characteristics of the mother, family race and place of residence, child nutrition varies from family to family. It is expected that with the improvement of social and economic welfare, children’s nutrition will also be improved.

In terms of geographic regions, Madhya Pradesh, Jharkhand and Bihar have high rates of undernutrition. Countries with the lowest rates of malnutrition include Mizoram, Sikkim, Manipur, Kerala, Punjab and Goa.

Devadurga is one of the most backward towns in the Asian continent; according to the latest estimates, it still has about 2,500 malnourished children between 0 and 6 years old.

According to information compiled by the National Ministry of Women and Child Welfare, between 2009 and 2011, malnutrition claimed as many as 2,689 children under the age of six in the Raichur area. Due to all the wrong reasons, the region became headline news, and the government packed up the officials from the state capital to assess the situation. Although the number of people has declined over the years, Raichur still has a long way to go.