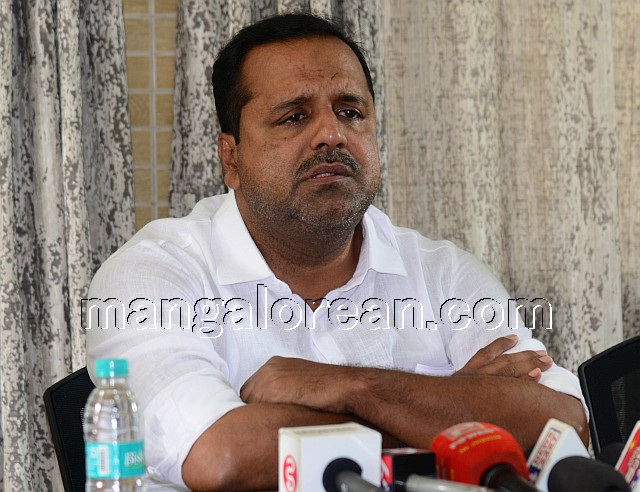 Mangaluru: In a message, the DCP Law and Order Arunagshu Giri has announced of providing a gunman to the former minister and MLA of Ullal Constituency U T Khader.

In the message, it is stated that the former minister U T Khader will be provided with a Gunman in Mangaluru City. The gunman will accompany U T Khader in the city.

At present, U T Khader is in Hunsuru participating in the by-election campaign.

Speaking to mangalorean.com sources close to U T Khader said, “After the attack on Tanveer Sait, extra security has been provided to former Minister U T Khader. At present, he is campaigning for the by-elections in Hunsuru and the police have provided him security in Hunsuru as well.”

He further said, “U T Khader has not demanded any gunman or additional security as he has been travelling in the country and abroad without any security or gunman. Maybe the police have taken measures to provide additional security to U T Khader after the attack on Tanveer Sait. The police are accompanying U T Khader in Hunsuru during the election campaign”.