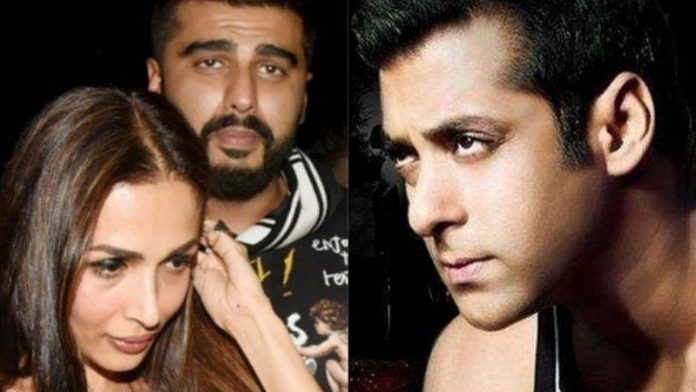 Most Bollywood marriages end up on the rocks! Why?

The dream sellers always had a problem! They are unable to continue with their dream marriages. It’s widely understood that when a male co-star and female co-star are pitted against each other, the close proximity begins. They are together for more than a year acting as Hero and Heroine. The cupid strikes!! 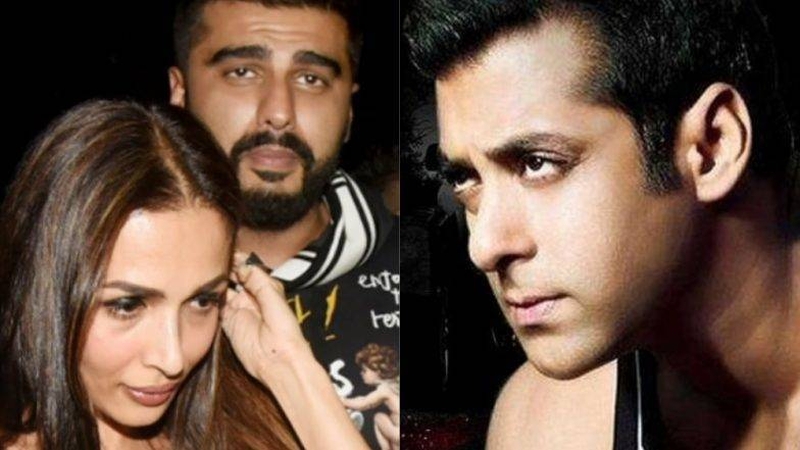 They start sharing their thoughts amidst break in their shoots and also start getting intimate.

Most of them are married and have their respective spouses at home or shooting with another co-star in a nearby studio or a faraway destination, be it India or Abroad.

Acting is a very difficult profession. Its about becoming the other person whom you do not know.

You are given a script and you have to get into the other person’s character, imagine and perform in front of the camera.

It works on the phsyche!

Terrible case of impersonation!! If it’s a double role, say HemaMalini’sSeetaAurGeeta, then she has to act as a buddhu, bewakoof seedhi sadhi girl Seeta and also perform as a street smart, tomboyish girl Geeta!!

And the actors work in shifts and take many assignments. So, all this pressure of performing along with dancing, horse riding, Fight sequences, emotional outbursts, crying inconsolably with the help of Glycerin, of course, takes a toll on the said actor. Males also cry in emotional roles!! 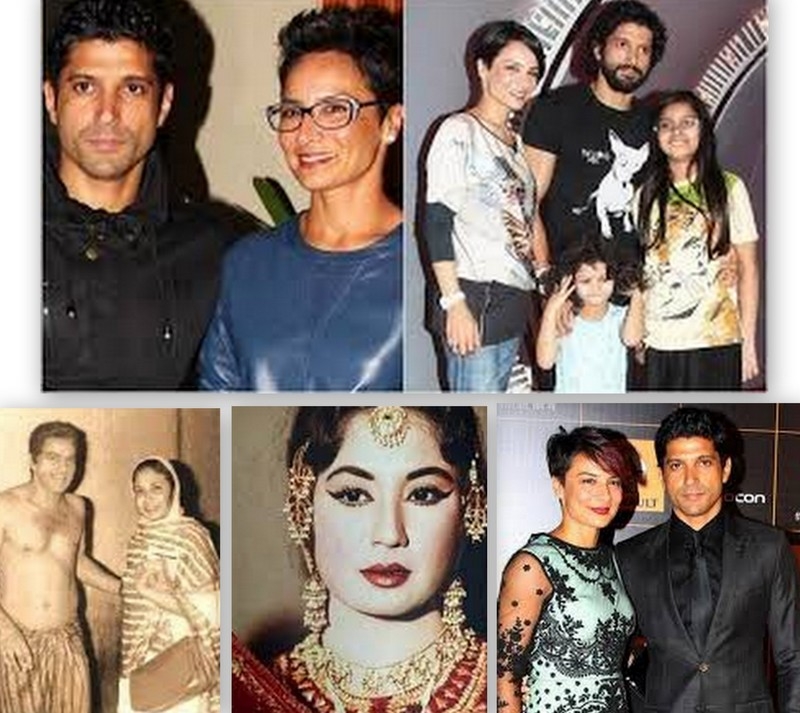 We have had cases of innumerable suicides!

Take a Silk Smitha, MeenaKumari (with the help of Alcohol), Guru Dutt (Sleeping tablets). All these cases are asking for alternate love, seeking affection elsewhere, where it is not available. Suffering through emotional blackmail.

The ordeal is tough and not very easy to explain.

Meenakumari, the legendary tragedy actress. She was married to the great filmmaker fromAmroha, Kamal Amrohi who had many movies under his name. Pakkeezah was a great story of a courtesan.

Meenakumari excelled in the title role.

But, earlier she had acted with a young and dashing Dharmendra, in Phool Aur Patthar a blockbuster. A thief being reformed by a widow.

Their chemistry was great, set the screen on fire.

MeenaKumari fell in love with the Punjabi Jat.

But, for Dharaam, he had just started his career and had plans to go far in his career. Why on earth he will be marooned in her arms?

Meenakumari could not stomach the rejection, She embraced the bottle. Devdas would have also put to shame, the intake was neat without any water and also getting swooned till the maid came to rescue and made her chance upon some food! 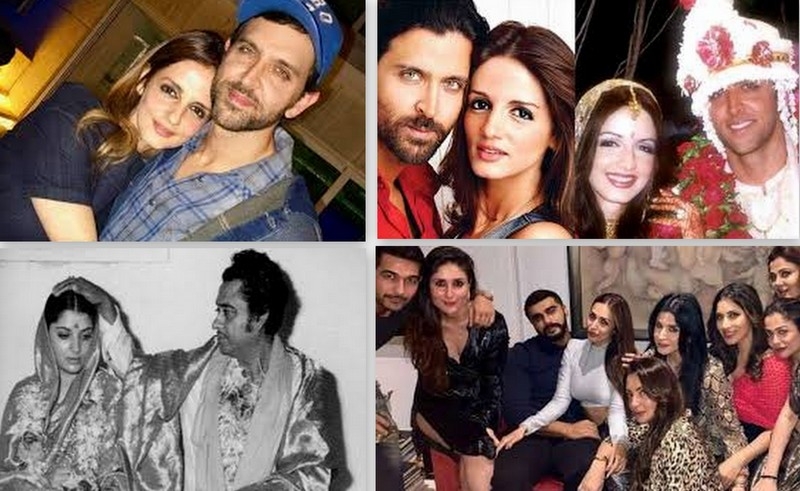 Not surprising, MeenaKumari died due to Liver Cirrhosis!

The Industry pundits exclaimed, Meenakumari died, ‘Pakeezah’ will be a hit!!
And, so it was a hit!!

But, there was no MeenaKumari to celebrate.

Her marriage to KamalAmrohi was always on the rocks. She even gave her life to prove it!
The 80 s cases were Rajesh Khanna and Dimple Kapadia.

Raj Babbar and his wife. Here unfortunately with due respect, the other woman, the great actress Smitha Patil died due to jaundice during pregnancy.

He divorced Helen luke his first wife. Married Yogeeta Bali who was a runaway third bride of Kishore Kumar. Then during; JaaguthaInsaan’ fell in love with Sridevi. She was single then.
Kishore and Rekha had three marriages!!

Both are toppers in this department of love.

Kishore’s second wife was Madhubala. She died of a Heart ailment. Third Yogeeta. The fourth was Leena Chandavarker.

On 13 October 1987—his brother Ashok’ Kumar’s 76th birthday He threw a party. But around 5 PM he had a massive Heart attack and died. Ashok Kumar stopped celebrating his birthday after that!!

The recent cases are of Malaika Arora, Hrithik Roshan, Farhan Akhtar which are of very surprising nature and took the moviegoers and the Nation by storm.

Maliaka I 46 year old was married to Arbaaz Khan, bro of Salman Khan for 16 years. There were rumours since three years. But the couple tried to shoo away the mater trying to convince the world that they are very much in love.

Now, latest news is since a year she is painting the town red with Arjun Kapoor. He is barely 33 years old.

So what does this indicate?

Malaiaka was a VJ, An Item dancer, Model etc. She was miffed with Arbaaz because he was not earning much.

Salim Khan had said once he became producer of Dabanng1 and became proxy Director of Dabangg 2.At least his son is doing something, not just taking son to school and bringing him back.

But, there were other rumors like she is going to marry a rich business man in UK. Also some other suitors. But, the whole Film industry and the nation is aghast to notice this cameradrie.

How come a woman of 46 can ever think of marrying a young Chap? Is she not ashamed of society?

So, the pressure of being away from lime light and be awayfrom people is there. They need peace. But at what cost?

Hrithik’s case it is alleged that he had an affair with Kareena Kapoor during their movie stints and also a rollicking one with Barbara Mori……Kites co-star.

Susanne was very upset. They had a divorce of Mutual understanding. Sanjay khan , her father is optimistic, that booth will get together some day. Unfortunately, he is old more than 76 years!! At this age they can only day dream!!

Hrithik and KanganaRanawat had an affair- fight- quarrel – lawyer’s notices etc which will even make a first standard class student dismiss as useless fights of blatted egos and trying to waste the judiciary’s time.

Hrithik is single ready to mingle.

AdhunaAkhthar had a crush on Dino Morea’s brother, Nicolo. She was head over heels in love with him.

So They divorced amicably. Now, she is dancing with Nicolo!!

Now, they are friends. There is no bitterness. There is one life, so let’s spend some time together is the motto. Society, people be damned!!

It’s our life we will live it as we want!!

There is no explanation, no justifications, no moral responsibilities!!

Only love and lust!! Just jumping from one’s arms to another!!

But, this act of celebs does influence the society and many a couple are estranged because of this!!

This noble deed of the divorced Celebs have cast a great negative influence on married couples of all caste and creed.

Unfortunately, the result in the coming ears would be disastrous!

A dangerous western precedent has been set!

Hi Lancy,
Thank you very much for your appreciation.
Pls give me your cell number.
Mine is 8692994897
Regards,
Donald