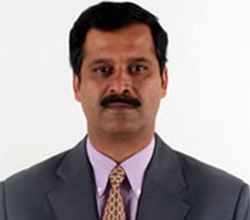 Mangalorean.com is proud to introduce Ivan Aloysius Fernandes, a young and successful entrepreneur. His talents and accomplishments in the field of technology are truly commendable. Ivan is the Chairman and Managing Director of Ducont FZ LLC. Ivan is the co-promoter of Ducont, a Dubai Internet City based organisation, is the leader in providing corporate mobility solutions to customers in the Middle East. Ducont has several reputable customers which include over 20 banks, Telecom operators, Dubai e-government and Saudi Aramco. Since its inception in the year 2000, Ducont has won several global awards for its products and innovation including awards from Microsoft and GSM Congress in Cannes. Ivan is involved with Ducont since its inception and is one of the key drivers of this organisation.

Ivan is responsible for leading this organisation, creating the vision, business plan, road map and executing them in conjunction with his team. He is involved in building and grooming his team to achieve the objectives set for the organisation.

Ivan is also the Chairman of the Board. Ducont is one of the first companies in the Middle East to be professionally funded by a venture capital fund namely, Injazat Technology Fund in 2002. Last year (2005), the leading Middle East Weekly ‘IT Weekly’ rated Ducont as the No. 2 Independent Software Vendor (ISV) in the Middle East.

Ivan was one of the first entrepreneurs to install Cable Television in India when in 1986 he installed the satellite dish to connect a network of a dozen remote homes in a village on the outskirts of Mangalore and provide them the luxury of viewing television programmes, when television was restricted to programs from Doordarshan in India with coverage limited to urban areas.

Ivan groomed his career as a scientist in Bhabha Atomic Research Centre (BARC), Trombay, where his specialisation was in ‘Image Processing’. He left India with a challenge to develop signature verification system for banks, which was a huge success in the late 80’s. Today, 1000+ banks around the world have licensed this product for verifying signatures of customers and authorised staff.

Ivan worked for a leading bank in the Middle East owned by the current fifth richest man in the world ‘HRH Prince Waleed Bin Talal Bin Abdul Aziz’ innovating technology solutions for improvement of customer service and staff productivity which resulted in one of the most profitable bank in the Middle East in the early nineties. With the opening up of the economy, Ivan returned to India to continue with his passion of being an entrepreneur and set up an IT company called ‘Synectics’ developing the next generation of banking solutions. It’s flagship product ‘Quaestor’ became a dominant front-end banking solution for several banks round the world and in 1998 was one of the first Indian IT product companies to be acquired by a well known UK company called Logica Plc. Synectics was one of the few companies developing software products in the nineties which attracted lot of young talent in the country. Ivan continued as the Chief Technical Officer (CTO) of Logica Financial Products until early 2000, when he quit and setup his new venture ‘Ducont’.

Ivan attended Lady Hill English School in Mangalore from KG to 5th grade. Then he continued his schooling from 5th grade till II PUC at St. Aloysius College, Mangalore and B.E. in Electronics and Communications from University of Mysore, First Class with distinction.

Ivan is married to Renny Margaret Fernandes, Electronics & Communication Engineer by profession and currently a house wife. Born in Shirva, Udupi Taluk to Late Mr. Gabriel and Mrs. Eliza Menezes, she did her early schooling in St. Mary’s School, Shirva and her Engineering from Mysore University. They got married in Mangalore on 6th May 1991. She is his greatest supporter of his entrepreneur activities and was actively involved with his first start-up ‘Synectics’. Currently, she is involved with the education and co-curricular activities of their children.

Together they have two boys. Reevan Fernandes – 13 yrs and Rigel Fernandes – 10 yrs Reevan currently studies in Grade 9 in St. Mary’s Catholic High School, Dubai. Other than his studies, Reevan spends his time reading, quizzing and playing Golf. He was a runner-up in the Online Quiz conducted by the renowned Quiz master Derek O’Brian and has also won several medals in Golf.

Rigel is in Grade 6 and has just moved to the David Leadbetter Golf Academy in Bradenton, Florida. He represented United Arab Emirates at the US Kids Junior World Golf Championship in Pinehurst, North Carolina in July 2006. He is a keen golfer and has won several Junior Golf tournaments. He is also a very good swimmer and has bagged several medals in the inter-school tournaments in Dubai.

Ivan has three sisters – Doreen, Merlyn and Noreen. Doreen – Married to Felix Fernandes and settled in Mangalore. She is a post graduate in Political Science and is employed as a teacher in Rosario High School, Mangalore. They have a son ‘Flexon’ who is currently studying in St. Aloysius College, Mangalore and is well known for his public speaking and has won several awards for his talent at various levels. He is an active member of Gavin’s club – the junior arm of Toast Master’s International.

Merlyn is a doctor by profession and married to Dr. Godwin D’souza. They are settled in Chicago and have two wonderful kids – Merwin and Godlyn.

Noreen is a post graduate in Computers and works for Logica India in Bangalore. She is married to Teddy Nonis from Padil, Mangalore and they are settled in Bangalore. They have a three year old son ‘Jaden’.

Ivan spends a lot of time in grooming talent and encouraging more and more individuals in taking up entrepreneurship. He believes that if India has to eliminate poverty, it has to create millions of new jobs every year and this can only be done through entrepreneurship.

As such no single role model but have been impressed with a few for their specific talents says Ivan. Fr. Ambrose Pinto SJ was his Asst. Head master while in High School, currently Principal of St. Josephs College, Bangalore. “He instilled lot of confidence in me, especially to ensure that you never deviate from your goals, irrespective of how hard they are to achieve and not to achieve them by any dubious means.” says Ivan. Another role model is: HRH Prince Waleed Bin Talal – Currently the fifth richest man in the world, Ivan worked for him for six years and during these years Ivan learnt a lot on what it takes to be an entrepreneur – especially on the elements of decision making, taking risks and ensuring that there is no alternative to hard work, irrespective of who you are.

We are always recognised once we are successful. Nobody knows you until then and you have very few supporters when you are struggling. But that’s life and to pursue your goals you need to overcome these struggles. Every one of us wants to be successful. However, very few of us have the courage to pursue our goals to finish with all its risks as we get burdened with the thought of failure. However, never forget that failure is a stepping stone to success and all the successful stalwarts of today have had several failures in the past. Unless, you try out your plans, you can never be successful. So if you are determined and confident, decide today and give it your best shot. You have not lost anything by giving it a try, if it goes as planned you are successful – if not, you have the experience that will help you do something better. But never, forget your friends and family who supported you along your way once you are successful. Secondly, always be humble irrespective of how successful you are. It just does not cost anything to be humble.

Mangalorean.com wishes Ivan Aloysius Fernandes all the very best in his future endeavors.

mathilda fernandes, India:
can i have telephone no of Ivan A Fernandes

Dixit Palan, India:
this shows that once a person gets passion for his job , the experience and talent helps to develop the life of other people as well , Mr , Ivan started a copmany and has given a chance to many new people to show their talent.

Freddy Mendonca, India:
It was the Global Convention in 2009 united us since then no looking back. You remained as a learning experience all the time. A good friend, a dynamic leader, excellent motivator, down to earth all in Ivan you are. Only fortunates will get your association and I feel Freddy Mendonca is one of those. We are having second Global Convention Dimensions and KE Global on 13th and 14th January, 2012 and we expect a great outcome. Freddy Mendonca

Joe Gonsalves, USA:
Some months ago I was pleasantly surprised to receive a phone call from Ivan duly telling me that he would visit me. He did not ask me whether he should visit me just said that “I SHALL BE VISITING YOU’. This is the first quality that I observed in Ivan. A strong and positive approach. That evening I met Ivan for the first time even though he mentioned to me that he had seen at St. Aloysius College at one of the important events.

That evening when Ivan called over I invited Father Denzil and we had a very pleasant discussions. I liked this soft spoken man with a simplicity of heart and mind. The next day Ivan happened to be free for a couple of hours and we had lunch together. Our talks mainly revolved round SAC and the progress that Our Alma Mater has made during during the last decade. He spoke to me about his family too and I was very happy to know about his son being a keen golfer and an award winner.

Ever since Ivan and I have spoken several times about our common college where we both qualified from. Even in U.S.A. where Ivan has come along to encourage his son in his golf career, we speak to each other several times – the prime topic being SAC.

I wish there were more Ivans – so dedicated to Saint Al. Of course we have several individuals from Canada, U.S. and other places who have gone all out to support St. Aloysius.

Ivan’s successful career has been meteoric and indeed his life’s companion ….. may be termed A WOMAN BEHIND A SUCCESSFUL MAN. I will only say KUDOS to you Ivan. may your breed increase.

Clarence D’cunha, India:
Dear Ivan
Congratulations. Right from your college days you had entrepreneur qualities and you developed them. Continue the good work and may the Lord bless and reward you abundantly.
Clarence