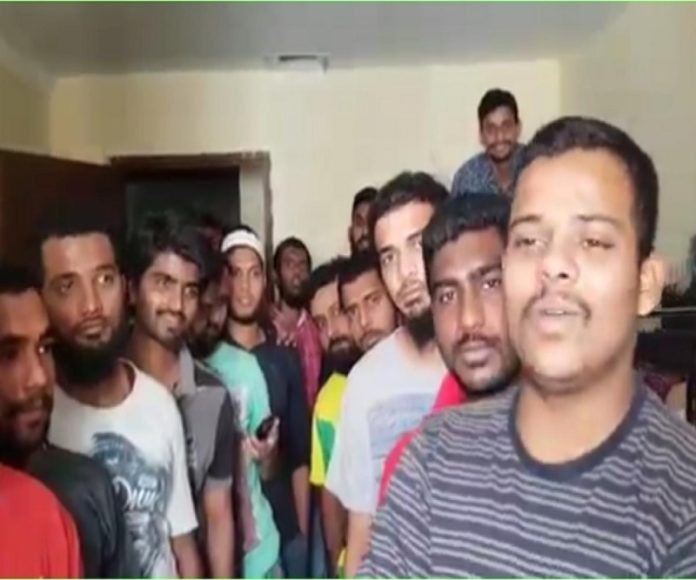 ‘My Firm has No Role in Job Fraud of the Stranded Youths in Kuwait’- Owner Prasad Shetty of Manikya Associates, Mangaluru

Mangaluru: Recalling the incident, in a video clipping circulated on social media, 35 youths from Mangaluru were recruited by Manikya Associates, Mangaluru for a job in Kuwait, upon payment of Rs 65,000 by each person. In the video, the youths accused the firm of collecting Rs 65,000 from each one of them for a job in a firm in Kuwait, but when they landed in Kuwait in January 2019, since then, have been stranded there, without job and food- and no income. In the video, the youths had sought the help of MLA Vedavyas Kamath, MP Nalin Kumar Kateel and other citizens/politicians of Mangaluru. After that many associations and social workers of Mangaluru origin in Kuwait had come forward to help them with food, shelter, and also assist them with the formalities with Indian Embassy there. 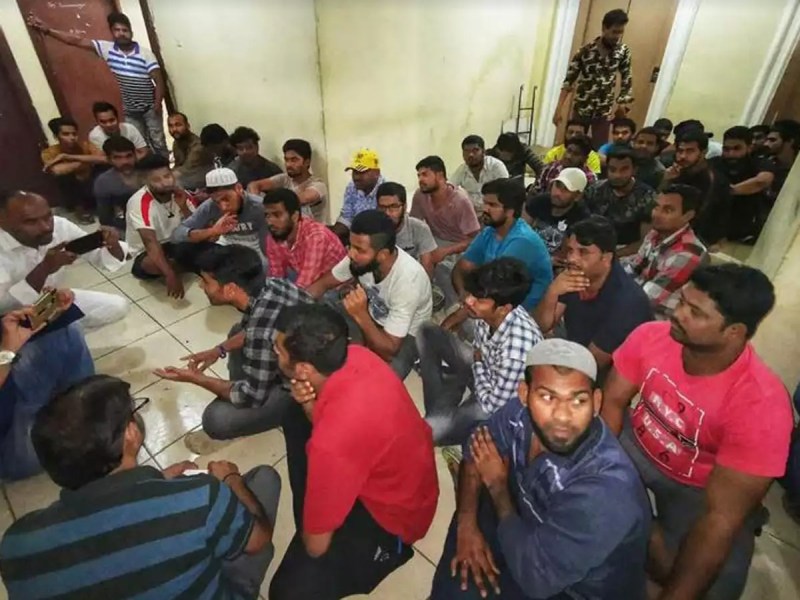 In response to the video gone viral, the owner of Manikya Associates Prasad Shetty had arranged a press meet at Mangalore Press Club, but unfortunately, since the police had registered a case against Manikya Associates for allegedly carrying out recruitment for foreign firms without having a license under the Emigration Act, and also the suo moto case was registered by the Mangaluru North Police following reports on 35 youths from Mangaluru being stranded in Kuwait, Shetty had cancelled the press meet.

But in a phone conversation with Team Mangalorean, Prasad Shetty clarified on the issue saying, “My firm, Manikya Associates, is an professional manpower resourcing and placement agency with experience of over 13 years in the field, during which we have established ourselves as a leading institution providing over 1,00,000 number of employees from lower ranks to top managerial positions to a large number of companies in the entire Gulf Region, even Singapore and few other counties. We have the necessary competency to get the jobs done on time and proficiently, but this is the first time that we have hurt and degraded by the viral video, where the facts are not true”.

“My firm has nothing to do with the stranded youths in Kuwait, Meanwhile, since my firm only acted as a facilitator for Hawk Consultancy Private Limited, Mumbai, to recruit these 58 youths as Bike Riders for Aspect Petroleum Services Company, Kuwait. Out of the 58 youths, 35 of them have degraded my firm through the message on video, but still, on humanitarian ground, I have come forward to lend my helping hand in getting them out of this crisis. Through our main recruiter in Mumbai, we have offered a few of these youths jobs presently, but they are reluctant to accept our offer. The youths were recruited as per the requirement of Mumbai-based Hawk Consultancy for the said company in Kuwait, and the necessary agreements were duly signed by the youths before they landed in Kuwait” added Shetty. 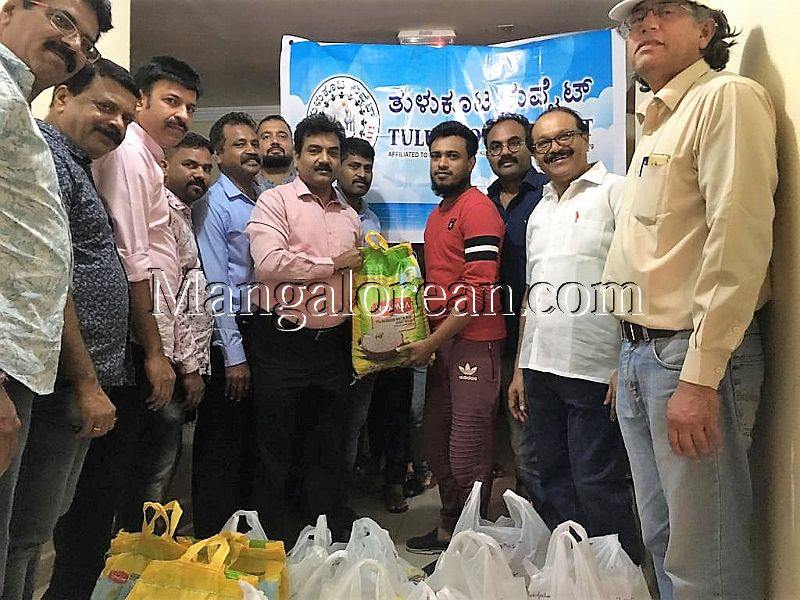 He further said, “Manikya Associates was only the facilitator for Hawk Consultancy Pvt Ltd to recruit these youths, therefore, there is no connection between Kuwait’s company and my firm, since we only acted as mediators between Hawk Consultancy and the youths. But the allegations made against me and my firm in the video is baseless since we are in no connection as to what has happened at the moment. I had also met the police commissioner Sandeep Patil and had requested him to take action against Mohammad Arif Bannur, who is among the 35 stranded persons in the video making allegations against my firm. It was in September 2018, on request of Hawk Consultancy that we involved ourselves in recruiting 58 persons. After interviews and other formalities, we provided them air tickets from Mangaluru to Kuwait, including free stay and food in Kuwait. Before their departure to Kuwait, the recruited persons had signed the required documents with Hawk Consultancy and the job offer letter of the company in Kuwait”. 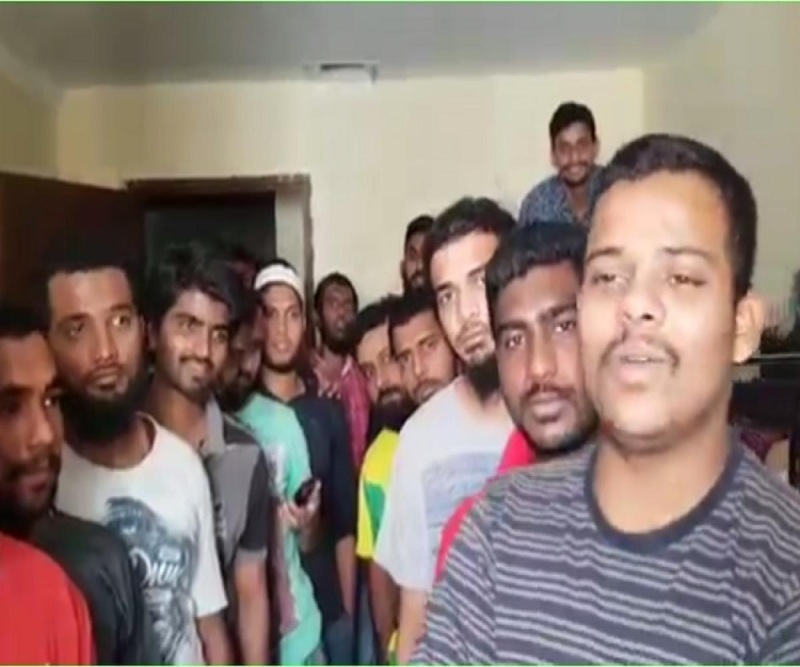 “These job aspirants once they had landed in Kuwait, it takes a few months to obtain the required license for the said job. However, most of them, instead of going for work training, failed to do so. They remained absent from work, and therefore now they are facing all these inconveniences and problems. Therefore, Manikya Associates has no Role in any job fraud allegation as highlighted by these youth in the video, which is nothing but false allegations us. The video which has gone viral has hurt me and my business tremendously. I have even requested Hawk Consultancy to take necessary action against Mohammed Arif for all the allegations made against me and my firm. Even the MLA Vedavyas Kamath has now come to know that the allegations made against my firm are not true. I am proceeding further in taking action against all those who have made false allegations, urging the police commissioner to look into this matter and do the needful by rectifying the issue before it gets more worse”, added Prasad Shetty. 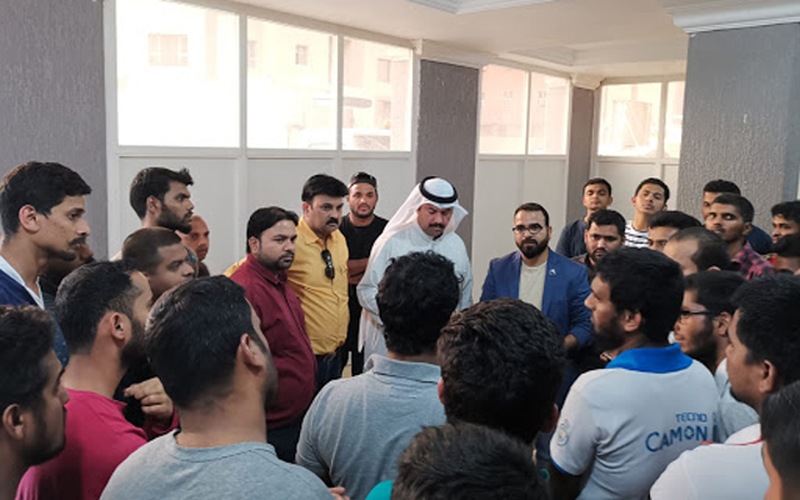 In the meantime, Police Commissioner Sandeep Patil speaking to the media has said that every firm carrying out recruitment for a foreign firm should have a license under the Emigration Act. Prima facie, Manikya Associates does not possess a license and hence, a case has been registered. Even though Manikya Associates claims to be innocent on basis that it only provided manpower to the Mumbai recruitment agency, but the Immigration Act says that such recruitment cannot be sublet to any other agency and the agency which has the license should be the one to do it. The Police Commissioner has also directed all the law enforcement officers in his jurisdiction to sleuth into manpower agencies who are conducting recruitment for foreign companies without Immigration license and take necessary action if they had violated the norms.

In the meantime, the Kuwait government has issued a warning that the following sponsors/Companies/Recruiting Agencies are to be avoided while seeking employment in Kuwait due to various adverse observations: