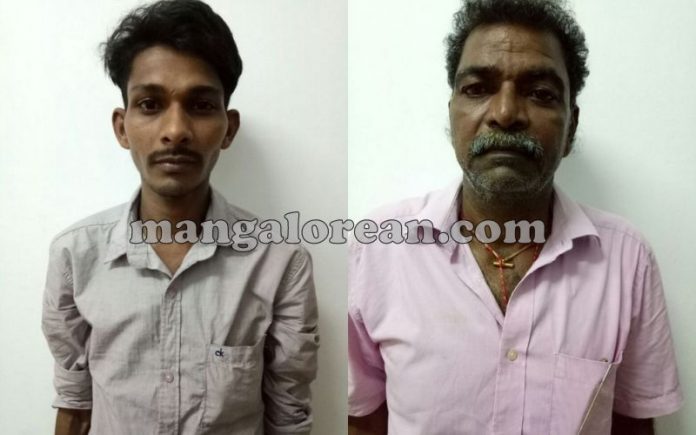 The arrested have been identified as S K Mansoor and Balakrishna Poojary.

According to the police, S K Mansoor was arrested for consuming Ganja and Balakrishna for selling. The police have seized 110 grams of Ganja and Rs 400 from their possession.