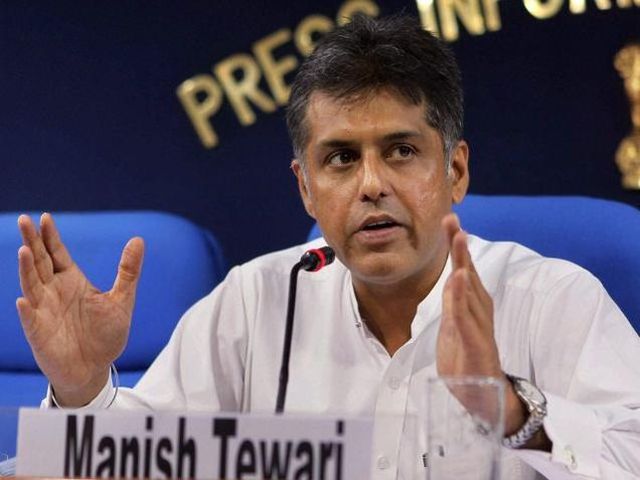 “Overwhelming consensus in Congress is that we need Sonia as president for foreseeable future,” said Tewari in an interview with a media house.

The senior Congress leader who rose from the rank of NSUI, said that we should only look for another president after sorting out ideological issues.

The Congress leader asserted that ideology is foremost for the party.

“The hunt for new president can take months or even a year or two,” he said.

Anil Shastri on Monday had suggested that Priyanka Gandhi should take over as party chief as a non Gandhi cannot lead the party.

A Senior Congress leader who did not wish to be named said, “Ours is a democratic party and everyone has his own view, we cannot stop anybody.”

Sonia Gandhi after being appointed as Interim President in August by the Congress Working Committee holds the temporary charge of the party.

Other leaders are also suggesting that a non-Gandhi will not be accepted in the party.

“There’s no question of a non-Gandhi taking over as Congress president at this stage. The party will cease to exist. Priyanka Gandhi should be elected to lead the party,” said Anil Shastri amid political grapevine that her brother Rahul Gandhi could again become the Congress chief.

The party sources say that Rahul Gandhi is likely to return as President in April, but many leaders are restless as Shashi Tharoor had tweeted, “I believe a revived @INCIndia is indispensable to provide a national alternative to the divisive policies of the BJP. This is why the current perception of drift must be ended.”

People like Tharoor and Sandeep Dikshit have been raising voices of a regular appointment after the Delhi debacle where party had been decimated to its lowest in the Assembly elections.

However, Congress has maintained there is no leadership crisis in the party. “I don’t think there is a ‘leadership crisis’. Sonia Gandhi is the party’s interim President and the decisions are being taken in party,” senior party leader Anand Sharma said.