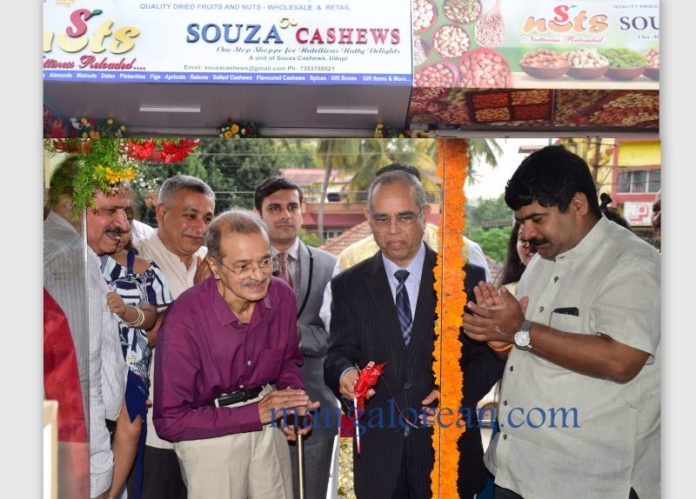 Nuttiness Reloaded! ‘S-Nuts’ from the House of Souza’s Cashews Launched in City

Mangaluru: Let’s Go Nuts with Cashew Nuts! A popular ingredient finding its way into many Indian gravies, cashew nut high in minerals. The nut and the fruit, both have multiple uses. The nut, often known as the poor man’s plantation although now it is sold for steep prices, is used to make delectable and rich curries and also roasted and eaten dry. They are an intrinsic part of our festive celebrations too. Just imagine how incomplete Diwali celebrations would be without ‘Kaju ki barfi’. Back when nomads had no idea how to consume the fruit, the nut was discarded while the fruit was given more importance. 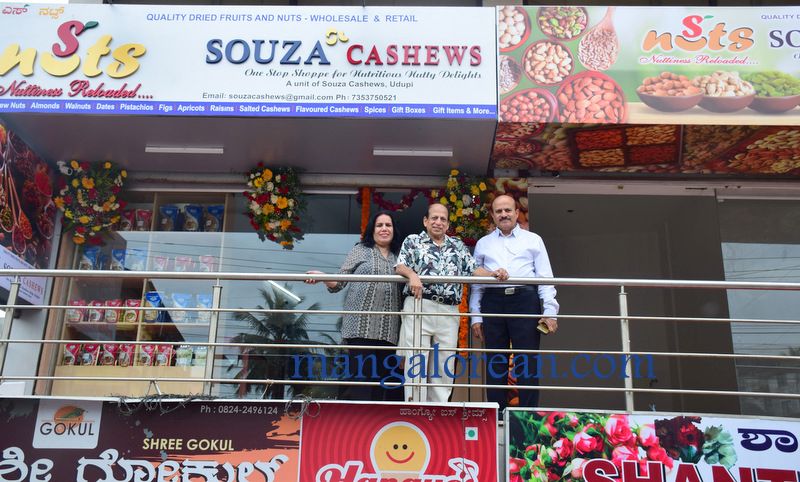 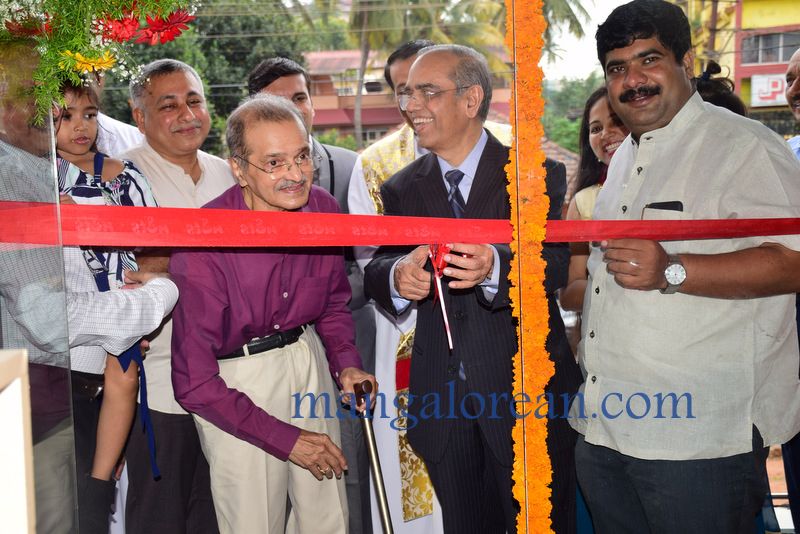 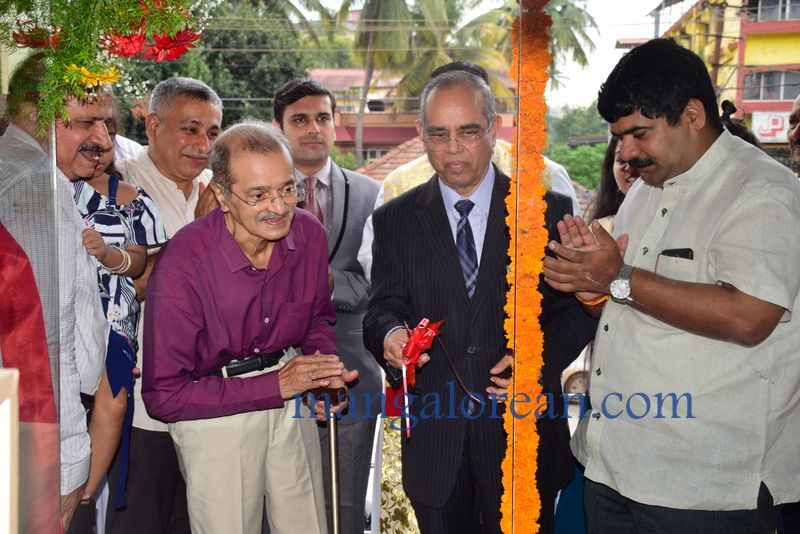 Contrary to the popular belief that it can make you gain fat, a considerable amount of cashews in your diet can provide you with many health benefits -Heart Health; Prevents Blood Disease; Protects the Eye; Good for the Skin; Weight Loss; Source of Dietary Fibres; and Healthy and Shiny Hair. And therefore when there are so many benefits one can get consuming cashew nuts, why not make cashew nuts as part of your daily nutrition food- and now you can get the best varieties of cashew nuts at the newly opened cashew nuts shack in Mangaluru, named- ‘S-Nuts’. 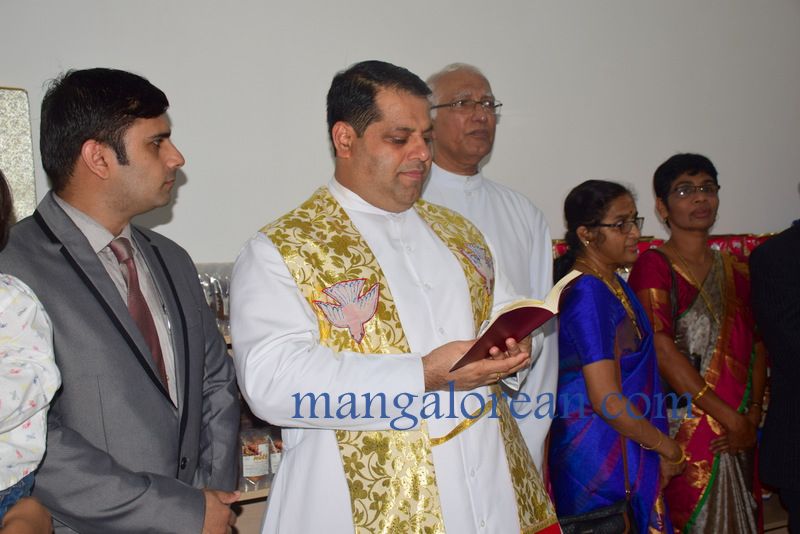 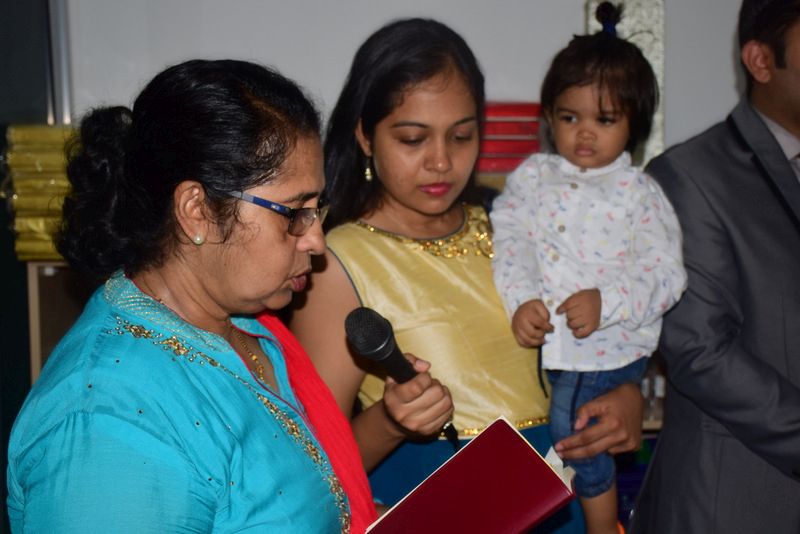 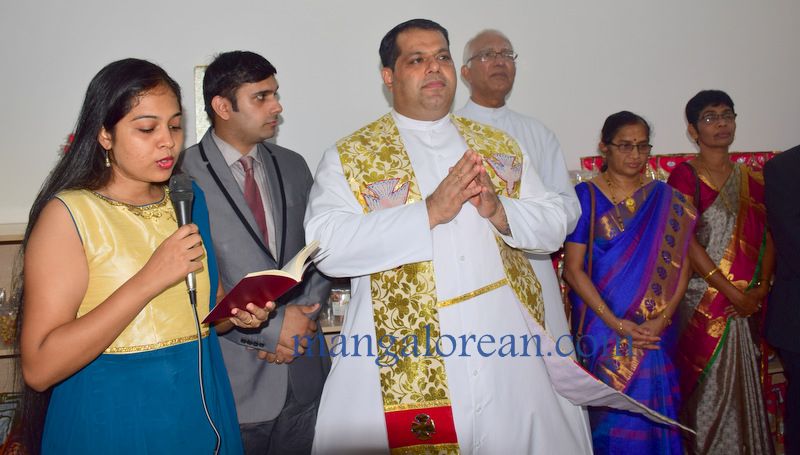 The house of Souza’s – a household name through the length and breadth of coastal Karnataka after launching its “S-Nuts’ outlet in Udupi in 2015, has now launched its retail outlet for Cashews and dried fruits “S-Nuts” in Mangaluru on December 1, at 11:30 a.m, which was launched at “Janvi Plaza”, Opposite to Kamath & Rau, situated on the busy Bunts hostel Road, Mangaluru. “S-Nuts” has already become a popular brand as a healthy snack nut and a must for food ingredients. 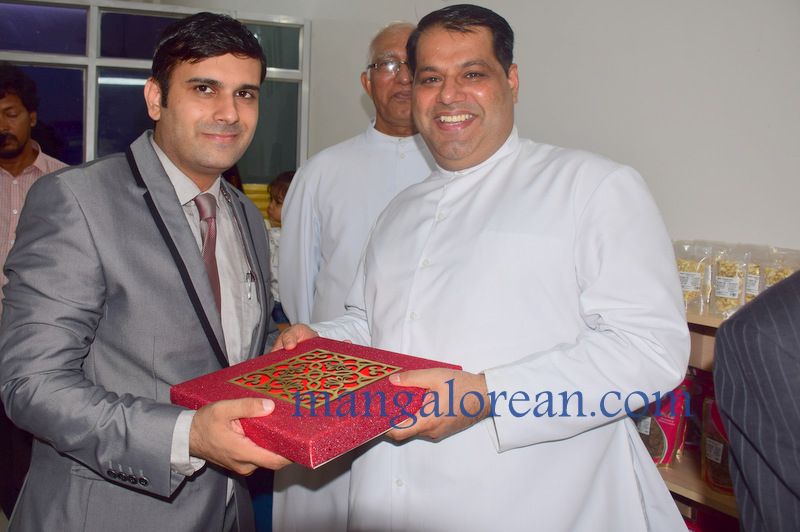 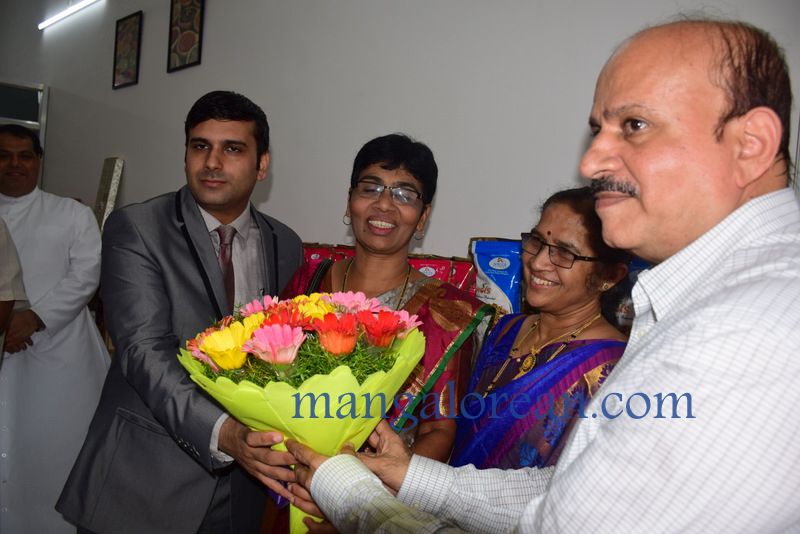 The “S-Nuts”retail outlet is one stop shopping for nutritious nutty delights like plain cashew nuts, almonds, walnuts, dates, pistachios, figs, apricots, raisins, salted and flavoured cashews, gift boxes and gift items, and this is a unique kind of shop in Mangaluru featuring these cashew goodies and other dry nuts, will be no doubt welcomed by all the consumers in this DK district and Mangaluru, who will have access to the finest nut-food in the future. The house of Souza’s is one of the oldest and most reputed in the field of raw cashew nuts import, processing and exporting for the last four decades and has factories in Puttur, Mangaluru and Udupi. Their export destinations are spread over 40 countries of the world including USA, Canada, Europe, Japan, Australia, New Zealand, Korea, Middle-East and the African continent.

Since the opening of the first-ever outlet in Udupi, there has been increasing demand from Mangaluru consumers of “S-Nuts” to start an outlet in Mangaluru, and their dreams have come true, where they can now have regular access to the finest nut-food in their city. During today’s inauguration ceremony, a lucky draw coupon sale was an added attraction for customers. One coupon for every purchase of Rs 500 was given to the customers who stands a chance to win attractive prizes. 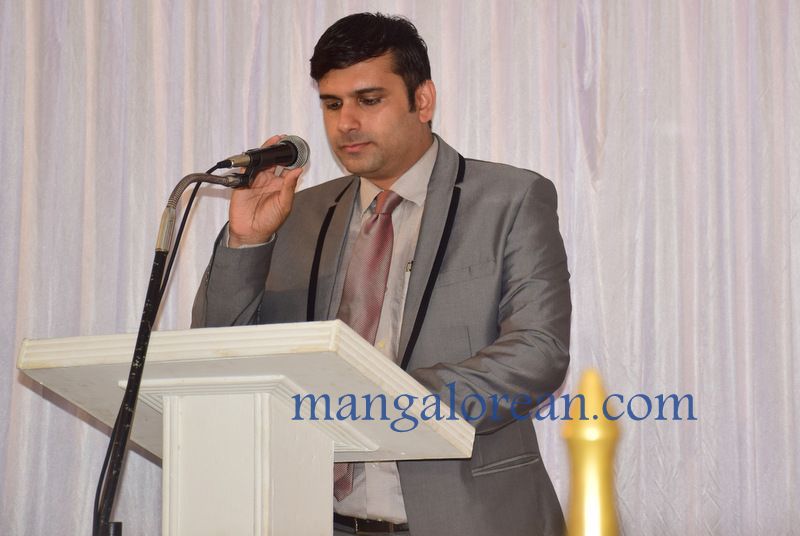 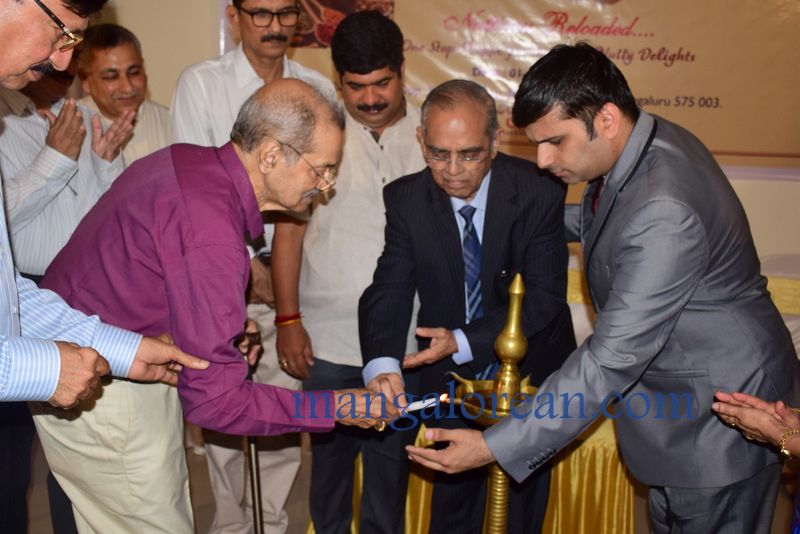 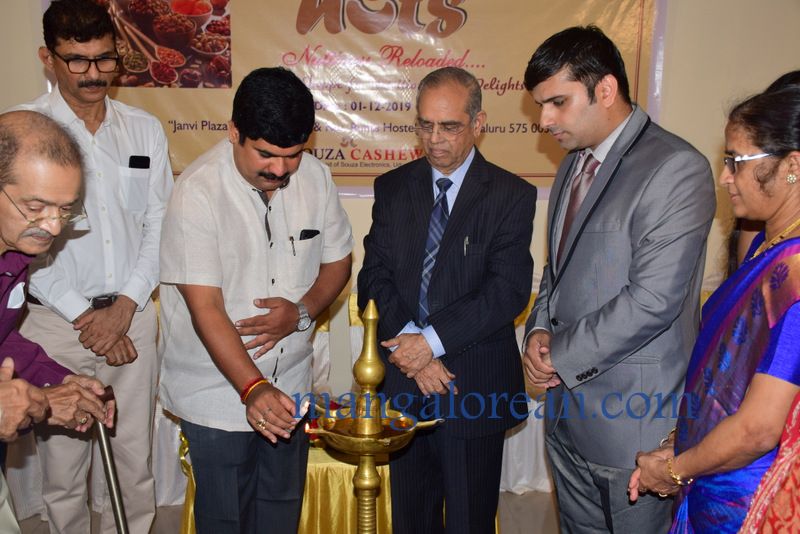 In his inaugural address, MLA Vedavyas Kamath said, “Even though I am in the cashew nut trade business, but Walter D’Souza is a master and pioneer in cashew industry- and no doubt he is an icon, who can work magic in reaching this outlet to greater heights and attain success. Even though there is a lot of competition in cashew nut business, but with hard work, past experience and thorough knowledge of marketing, the Souza family can surely gain success in their new enterprise. 2018-19 has turned out to be a tough one for Indian cashew trade, with exporters having little choice but to sell kernels processed out of expensive imported raw nuts at lower prices. But the Souza’s with high knowledge in cashew trade will overcome such hurdles and surely prosper in this venture”. 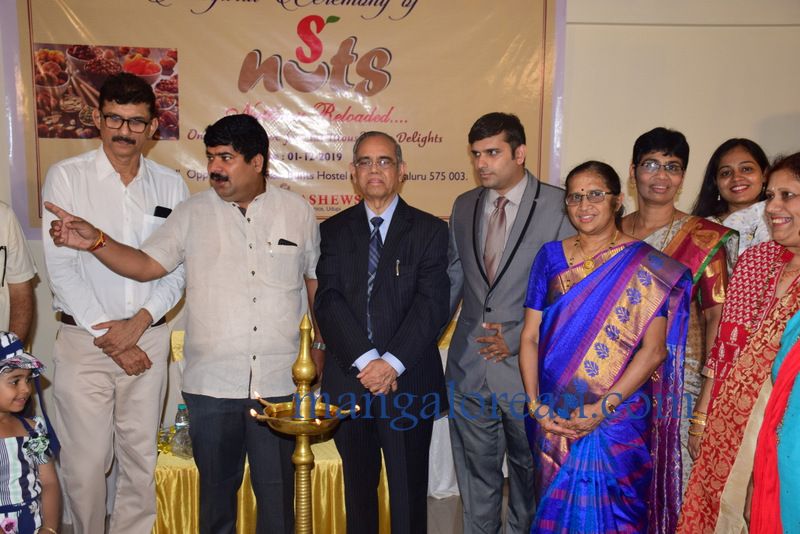 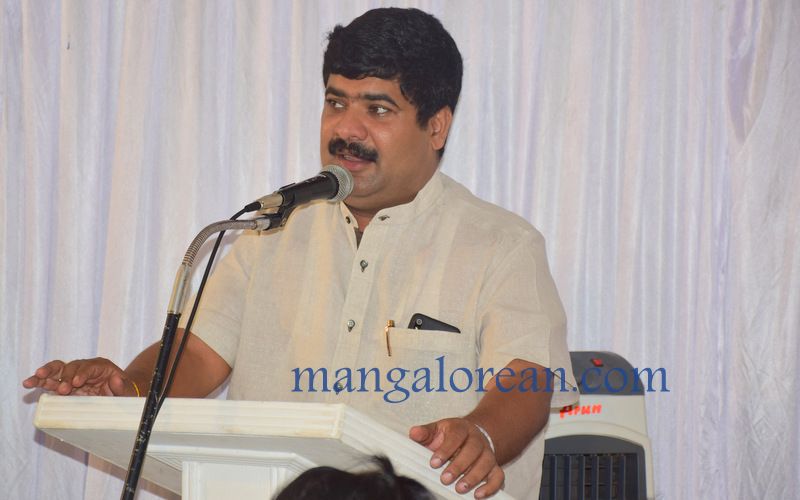 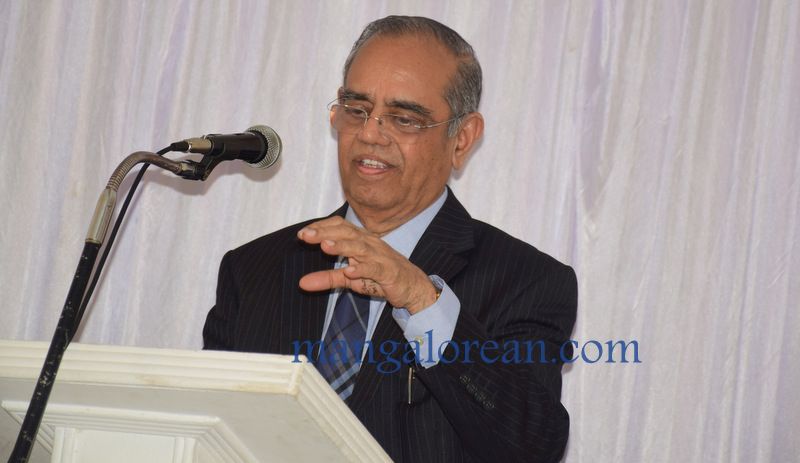 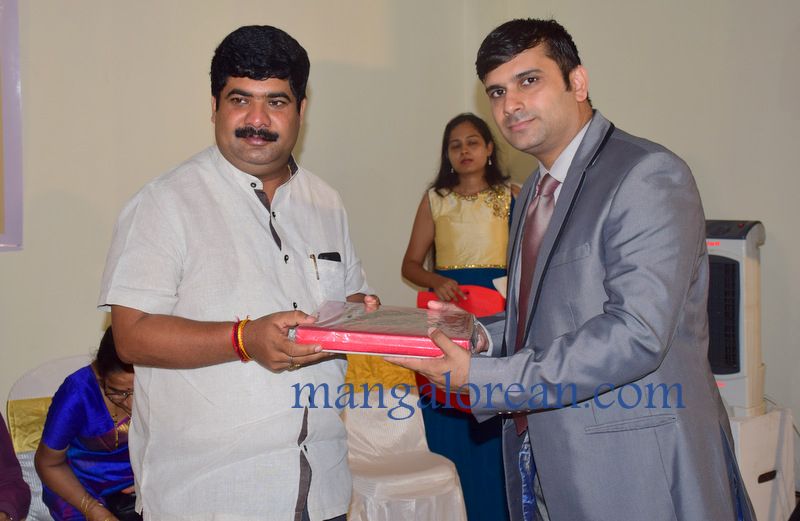 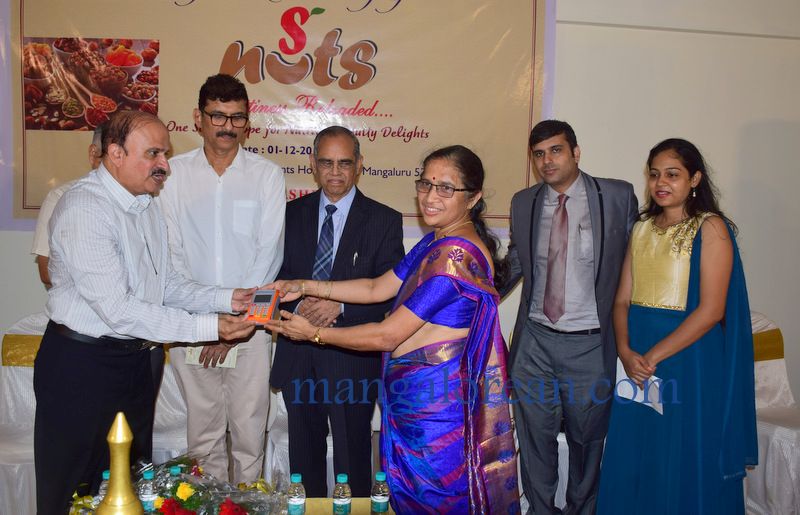 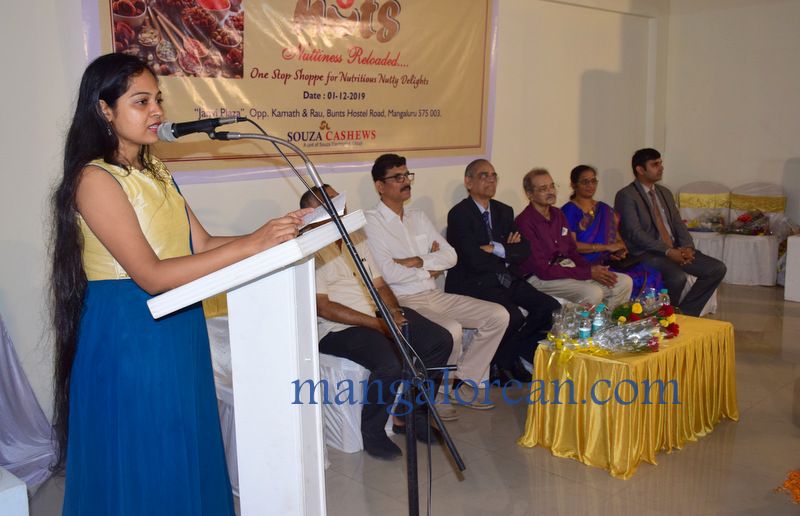 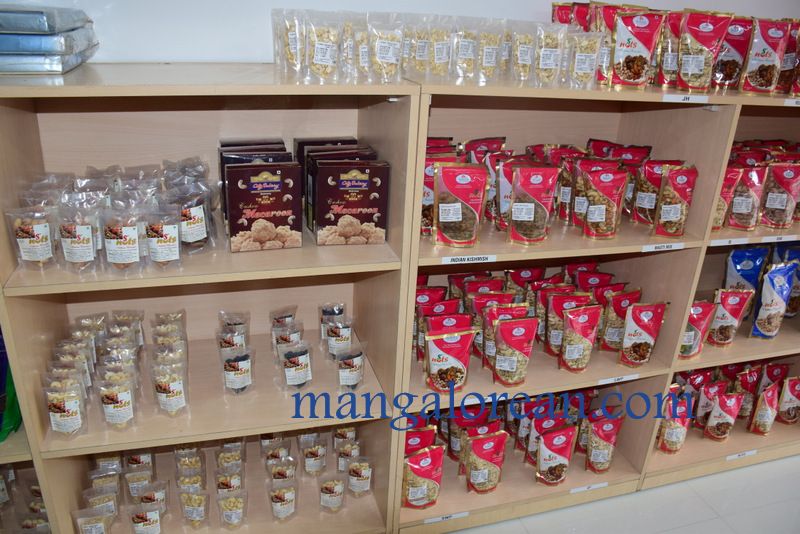 Dr Shantharam Shetty also speaking on the occasion said, “I also come from a cashew business family, where my dad was a great cashew nut trader. Even though India was the largest exporter of cashews years back, is now looking at a lower number in exports, due to imports coming from Vietnam, China and other countries. Souza’s who were not only growers and producers are now promoters of Cashew nuts. But whatever business we do, should be done in the name of God, and I know the Souza family believes in such tradition. Mangaluru is best in banking, education, and also in cashew industry- and entrepreneurs like Walter D’Souza and family can improve the status of the cashew industry, and reach Mangaluru to the higher global level. On a final note, I say that Eat cashews every day, which are nutritious products”.