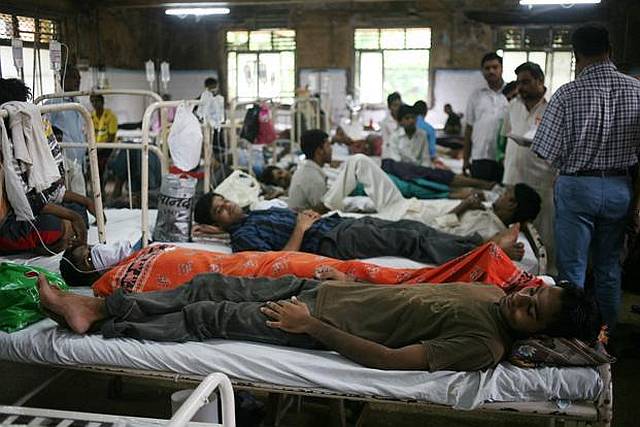 Patients are the Biggest Losers without MCI

MCI made inspections stringent to falthu colleges which sprung out of nefarious means.

The scare of Bed factor made it necessary to run subsidized treatment to attract patients. This lead to the availability of large-scale hospitals and subsidizing of surgery, intensive care facilities.

In Pre MCI TEQ guidelines you could have a namesake 6 bed ICU, now patients have the choice of more than 300 ICU beds in some cities as low as Rs 400/day it’s just because of MCI.

Bystanders also do get free meals in medical college hospitals which is unknown in the government sector.

MCI in fact benefitted Employment in the means of Para Medical staff- requirement for Lab technicians, Nurses were kept mandatory.

Nursing Council and State Council inspections were never taken seriously since they were easily bribed nor carried any clout..

MCI whatever Evil it was kept the bar high, only letting high-level corruption but a sanctity of seriousness.

When the MCI era of KD started only did a sea of changes happened Salaries shot up Bed strength, Inter Bed Distance, Logistics, Distance, Area of Campus, Mandatory, Stipend, Residents all was set right.

There was a parallel Social Welfare Dept with the paraphernalia of staff to keep patient inflow which will be toothless henceforth with NMC.

The after effects of NMC with the recent changes and its vision of mass production of self-regulation and 5 yearly inspections in a country best known for its culture of Always bend the rule will surely see the Virtual reality of gloated claims of infrastructure, facts and figures.

If with stringent surprise inspections we failed… Will The scheme of notarised Attested Original Copies( work)?.

Wish The government could in the same lines Risk starting self-certified- Ordinance Factories, Self Certified CAs, Self Qualified and Community Accredited Judges or Aviation Experts.

The Country will pay dearly, It will see its effect after a few decades.

What Land reforms do to food production took 30 years to realise. What Nationalisation did to industry was seen in reversal after 2 decades.

It’s like Land, once you make its topography bad you can’t Undo it.

Medical Education is a niche sector where a lot is interlinked but is in the shadow area to be known the real benefit or loss.